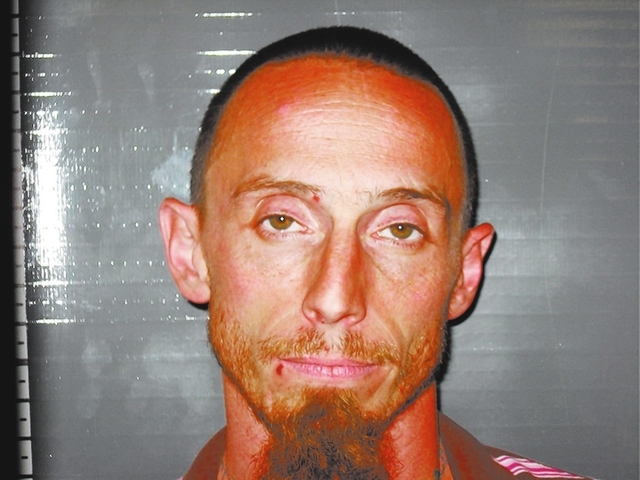 One person is in custody after police say he attacked another man unprovoked on Saturday.

Irvin Eugene McQueen Jr., 33, was arrested for battery with substantial bodily harm after he allegedly approached the victim and began punching him in the face at another person’s home, breaking several of his bones.

According to a declaration of arrest in the case, the Nye County Sheriff’s Office was first alerted to the incident after staff at Desert View Hospital called to report that one of its patients had been battered.

When officers arrived at the hospital to speak with the victim, the man reportedly told police he had gone to a residence in the 900 block of South Leslie Street to pick up some property. When he arrived, he said McQueen jumped the fence next door and began punching him in the face numerous times unprovoked.

The victim told police he then left the property and drove himself to the hospital. It was later determined the victim had suffered multiple broken bones in his face as a result of the incident.

He was later transferred to University Medical Center in Las Vegas for further care.

Deputies eventually located McQueen to speak with him about the altercation. He allegedly told deputies he beat the victim because the man had been talking to his girlfriend.

Police said they discovered McQueen’s hand was broken, which he allegedly told police was from punching the victim.

McQueen was arrested and transported to the Nye County Detention Center to be booked into custody. He was out on his own recognizance (OR) in another case at the time of his arrest; Justice of the Peace Kent Jasperson subsequently revoked McQueen’s prior OR.

As of Tuesday morning, McQueen remained in custody.

Police believe there may have been additional witnesses to the incident and are asking those individuals contact detectives by calling 775-751-7008 or by emailing them at ncso_detectives@co.nye.nv.us.