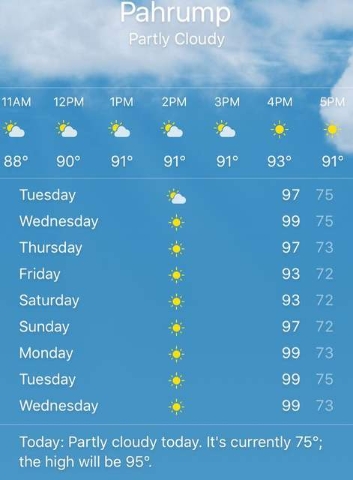 Courtesy of The Weather Channel.

Monday there’s a 20 percent chance of showers and thunderstorms, according to the National Weather Service. Partly sunny, with a high near 95 degrees. East-southeast wind around 9 mph becoming south-southwest in the afternoon.

Tonight a 20 percent chance of showers and thunderstorms lingers. Mostly cloudy, with a low around 73 degrees. South-southwest wind 7 to 9 mph becoming east-southeast in the evening.