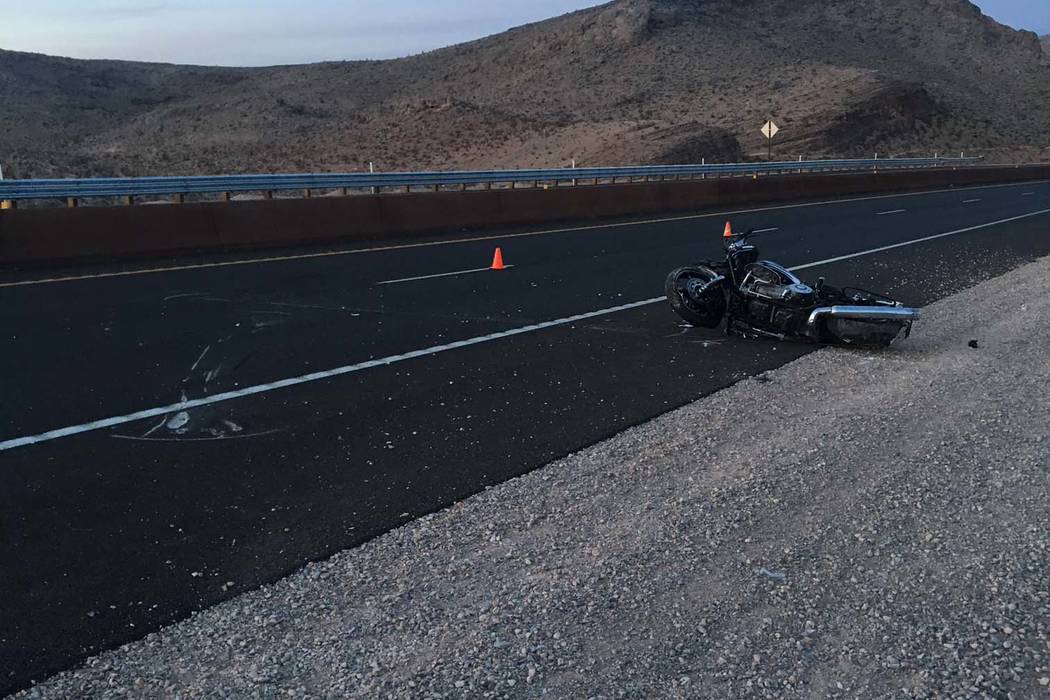 Nevada Highway Patrol The crash along Nevada Highway 160 was the first fatality investigated by the NHP Southern Nevada this year. The victim was a 62-year-old North Las Vegas man, the NHP reported.

The Clark County coroner’s office has identified a man who was killed Monday in a motorcycle crash along Nevada Highway 160.

Walker was pronounced dead at the scene.

“A group of motorcyclists were traveling eastbound on (Highway) 160 approaching mile marker 13,” the NHP said in a statement Thursday.

“For unknown reasons a white 2016 Harley Davidson Street Glide in the rear of the group left the roadway and entered the right dirt shoulder,” the NHP added. “The rider lost control of the motorcycle and was ejected.”

The cause of the crash remains under investigation.

“Investigators believe speed was not a factor in the crash,” the NHP said. “Mr. Walker was wearing a DOT (Department of Transportation) approved helmet at the time of the crash.”

The crash was the first fatality investigated by the NHP in Southern Nevada this year.