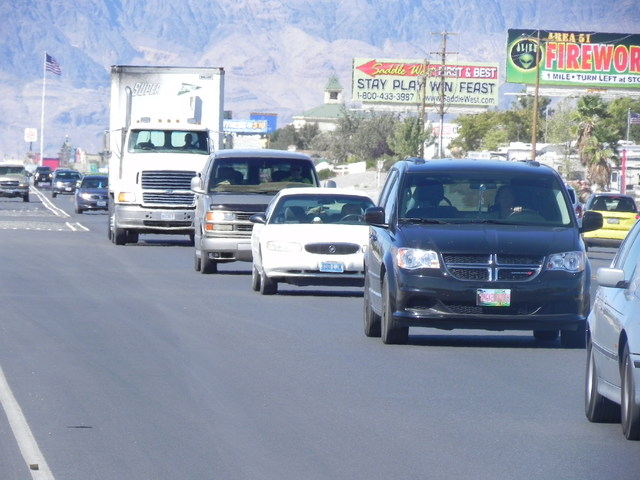 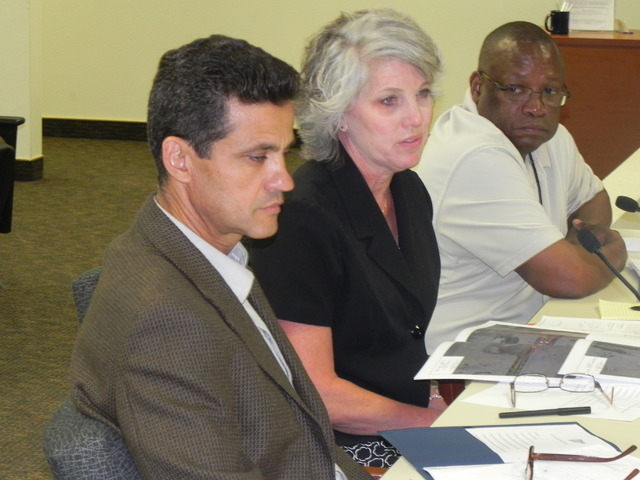 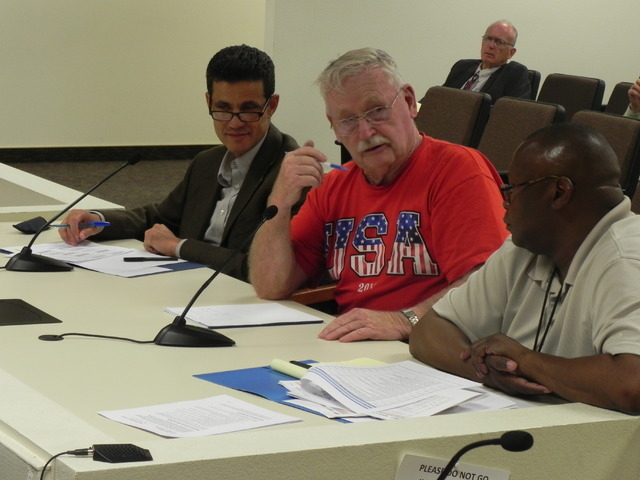 Motorists will have to wait until 2016 before the Nevada Department of Transportation funds two major projects in the Pahrump area: the widening of a small section of Highway 160 between Homestead Road and Calvada Boulevard and constructing two roundabouts on Highway 372 at the intersections of Pahrump Valley Boulevard and Blagg Road.

Otherwise, Nye County will hope medical marijuana will pay for a traffic light at Highway 160 and Mesquite Avenue while nuclear waste shipments will mean the widening of Highway 160 all the way up to Highway 95.

“We are hearing your concerns when we have funds and particularly over the years you indicated that one-mile stretch on (Highway) 160. Your concerns were heard and now we have a project. A number of projects we don’t have money for but we put it on the long-range plan and hopefully we can work together and get the money for that,” NDOT Transportation Analyst Melvin McCallum told Nye County Commissioners during a Tuesday workshop.

Highway 160 was widened for the Homestead Road traffic light installation, which was a five-year process where the county contributed almost $1 million of the $1.4 million cost. It narrows back to two lanes until Calvada Boulevard. The estimated cost to widen that bottleneck to five lanes was estimated at $4.2 million.

NDOT budgeted $1.9 million to construct one roundabout and $1.17 million for another, both targeted for 2016. Nye County’s portion will be $450,000 for each intersection. County commissioners voted 3-2 last month to approve an agreement with NDOT to construct the roundabouts. County Commission Chairman Dan Schinhofen, who voted in favor, said since then he would like the money used instead to improve Homestead Road south of Gamebird Road, but Tuesday changed his tune and said that’s only if the local impact fee money can’t be spent before a deadline at the end of 2015.

“If they don’t spend the impact fees out of the capital improvement fund we have to return them to the developer. I don’t want to do that,” Schinhofen said.

McCallum said the planning for the roundabouts is about 60 percent done and should be complete by early 2015. Traffic safety engineer Lori Campbell said the environmental and right-of-way work takes about 18 months to complete, which is on target to be done early next year, then the bidding process will begin.

Nye County Commissioner Frank Carbone, who voted against the NDOT roundabout agreement, said there were concerns with right-of-way acquisition at the corner of Highway 372 and Pahrump Valley Boulevard, particularly with the Big O Tires store and the Pahrump Valley United Methodist Church across the street.

County Commissioner Donna Cox, the other vote against, said, “I’ve been getting a lot of complaints lately. Again I don’t know why it speeded up because they’re afraid you’re actually going to do it. They want to bring it back and reconsider it. I never supported this in the first place.”

NDOT had originally pushed for a roundabout at Homestead Road and Highway 160 back in 2006 instead of a traffic light.

“When we first had these meetings I was afraid to use the word roundabouts, I used the ‘r’ word because I know the concerns,” Campbell said.

“We wanted to help the fear factor with some of the population that are elderly and trying to get out of their home, driveways into the roundabout and successfully navigate. We have a contingent of people that not only have a resistance but a fear,” County Manager Pam Webster said.

MM Development LLC, which includes John Shea, owner of the company operating the Pahrump landfill down the street, has offered to pay for a traffic light at that intersection if his permit for a medical marijuana dispensary, production and cultivation facility is granted.

Schinhofen has been attempting to get the DOE to pay for widening Highway 160 for the nuclear waste shipments.

“We’re hoping to get something from them to help. We’d like to see it on your long-range plan, particularly shoulders on that section,” he said. Low-level nuclear waste goes that route up to Area 5 on the Nevada National Security Site.

NDOT and county commissioners talked about improving a curve in Johnnie that has been the scene of accidents. There was also talk about improving the shoulders on Highway 160.

NDOT plans to widen shoulders and flatten out the slopes on 100 miles of Highway 95 over four years, from 2016 to 2019. The work will address highway shoulders from a mile south of Jackass Flats Road to the Esmeralda County line.

Carbone mentioned concerns about acceleration and deceleration lanes on two-lane state highways for turning into businesses like the new Dollar General Store on Highway 160 and a secondary entrance to the Spring Mountain Motor Sports Ranch.

Over the hill, the widening of Highway 160 from Red Rock Turnoff to Mountain Springs is scheduled for 2018 and 2019, McCallum said.

McCallum said the county and NDOT have discussed a Highway 160 crosswalk in front of the Saddle West Hotel and Casino.

Resident Bob Irving would like to see a requirement for daylight headlights on Highway 160 around the intersection with Blosser Ranch Road. Koss told NDOT it’s dangerous driving a bicycle on Highway 160.