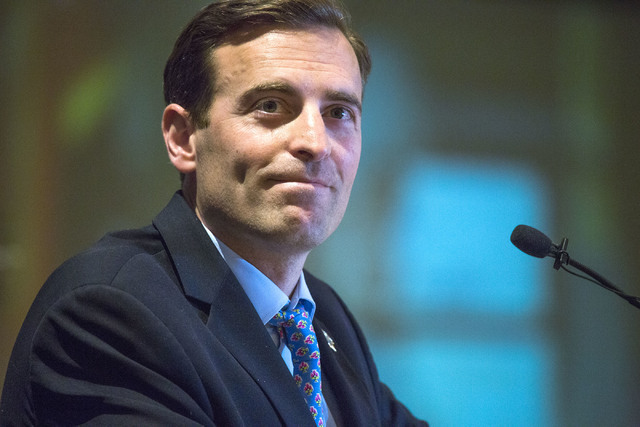 Las Vegas Review-Journal The letter explains how the intention of the Decency Act was to protect children from indecent online material, not to place facilitators of child sex trafficking outside the reach of law enforcement, Attorney General Adam Laxalt's office said.

Nevada Attorney General Adam Paul Laxalt and a bi-partisan coalition of 49 other state and territorial attorneys general sent a letter urging Congress to affirm that all law-enforcement agencies retain their traditional authority to fight sex trafficking.

The letter asks representatives to amend the Communications Decency Act to clarify that states, localities and territories retain authority to investigate and prosecute facilitators of child sex trafficking wherever they operate, including online, Laxalt’s Office said in a statement.

The simple word addition to the Decency Act proposed in this letter will help to ensure that citizens and children are effectively protected throughout the entire country, in all courts, Laxalt’s office said.

“State and local law enforcement continue to be at the front lines of combatting the sexual exploitation of children within their jurisdictions,” Laxalt said. “This letter asks Congress to clarify Nevada and other states’ authority to investigate and prosecute facilitators of these heinous crimes.”

The letter explains how the intention of the Decency Act was to protect children from indecent online material, not to place facilitators of child sex trafficking outside the reach of law enforcement, Laxalt’s office said.

The coalition of attorneys general ask Congress to review how the Decency Act is being used as a shield by those who profit from prostitution and crimes against children. In some cases, courts have interpreted certain provisions of the CDA to provide immunity from state prosecution to online classified advertisement sites that promote and profit from human trafficking.