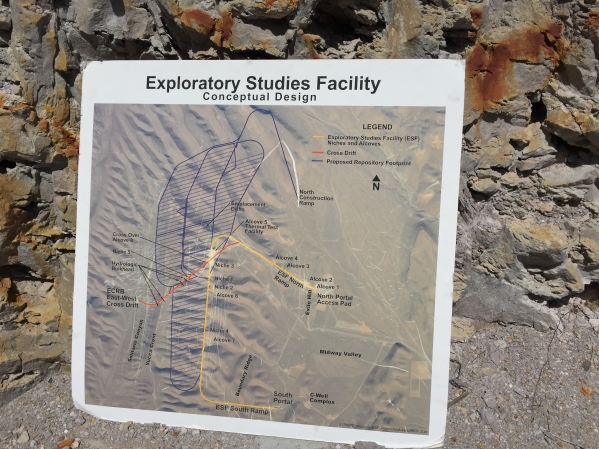 Several local officials said they are planning to attend the two public meetings put on by the Nuclear Regulatory Commission where the latest environmental report on the proposed nuclear waste site at Yucca Mountain will be discussed.

The Nuclear Regulatory Commission is holding two public meetings in Nevada later this month to discuss the latest environmental report on the proposed repository.

A Sept. 15 meeting is set for the Embassy Suites Convention Center at 3600 Paradise Road in Las Vegas. On Sept. 17, the commission will hear comments at the Amargosa Community Center, 821 E. Amargosa Farm Road, in Amargosa Valley.

The agency is collecting public comment on the Yucca Mountain supplemental environmental report released this month. The report said particles of nuclear waste that might leak into groundwater from the repository would have only a small effect on health and safety.

NRC staff members will be available for an open house for one hour before each of the Nevada meetings to meet informally with members of the public, according to the press release.

“(What I hope to accomplish is) to let them know or remember that we are the host county and that we have a ton of data on water that will be included in the NRC licensing hearings that by law should have already been done,” Schinhofen said.

Nye County Department of Planning Director Darrell Lacy said he will attend at least one of the events.

“There is not a lot of new information in this supplemental EIS (Environmental Impact Statement) but it gives the public an opportunity to ask questions and make a statement to the NRC,” Lacy said.