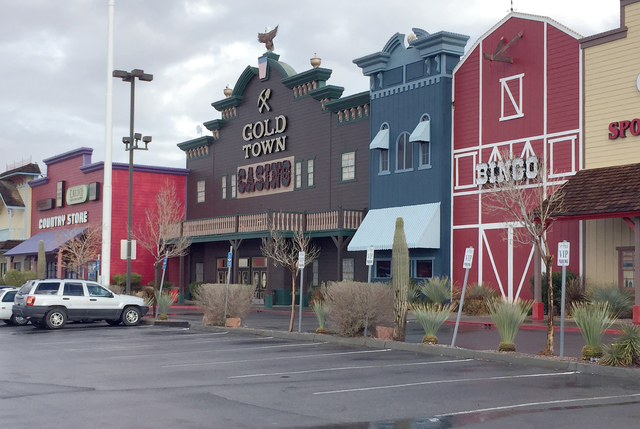 Special to the Pahrump Valley Times Nye County gaming operators saw an uptick in gaming revenue through November, with just under 1 percent of growth when compared to the same time in 2016. Clark County and stateside totals decreased during the same period. 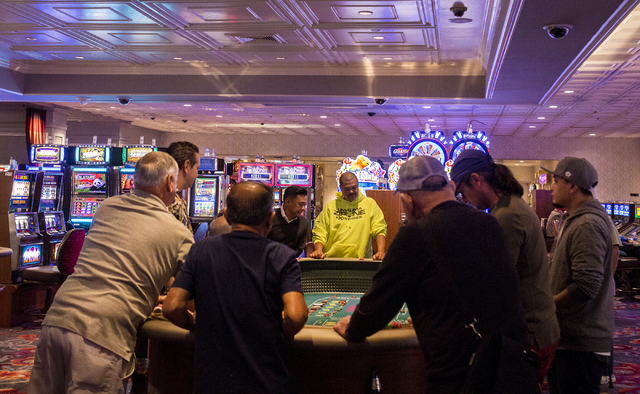 Elizabeth Page Brumley/Las Vegas Review-Journal Nevada, as a whole, saw a decrease in gaming revenue in November. At over $909 million in gaming win for November, state gaming operators saw a decrease of 2.3 percent for the period when compared to the same time in 2016.

Gaming win in Nye County increased 0.87 percent to nearly $4.4 million in November 2017, when compared to the same period a year earlier, according to a report by the Nevada Gaming Control Board, released on Dec. 28.

In Clark County, the Las Vegas Strip saw a decrease of just over 6 percent for November 2017, when compared to the same period in 2016, pulling in $486 million, under the $517 million in November 2016, according to data from the control board.

A similar decrease occurred during October on the Strip following the Oct. 1 mass shooting.

According to data from the Las Vegas Convention and Visitors Authority, visitor volume also dropped by 4.2 percent in October 2017, when compared to the same time a year earlier. A decrease of 3.7 percent also occurred in November 2017.

The only Clark County gaming areas to see an increase was the downtown corridor, which pulled in $54.2 million—an increase of 6.8 percent over the same period a year earlier.

Nevada, as a whole, saw a decrease in gaming revenue in November. At over $909 million in gaming win for November, state gaming operators saw a decrease of 2.3 percent for the period when compared to the same time in 2016.

By far the largest increase for gaming operators in the November report was seen in a three-month period from Sept. 1, 2017 to Nov. 30, 2017 when compared to the same time in 2016.

Using those parameters, gaming establishments saw gaming revenue rise to over $13 million for the 2017 period—an increase of 10.44 percent over 2016’s more than $11.7 million.

Nevada also had an increase in revenue when using a year-over-year analysis.

As of the end of November 2017, Nevada gaming operators saw an increase of 2.51 percent over the previous 12 months at over $11.5 billion in revenue compared to November 2016.

The November 2016 gaming revenue, more than $11.2 billion, was based on the prior 12 months from period ending Nov. 30, 2016. Clark County and the downtown corridor also saw increases in a year-over-year analysis, increasing by 1.46 percent and 10.86 percent, respectively, according to the Nevada Gaming Control Board.

Revenue from games and table games in Nye County gaming operations such as blackjack saw double to triple-digit increases, some even higher, for the month of November, according to the control board report.

Table games such as blackjack and sports betting, along with other revenue sources, brought the November 2017 increase of 810 percent over the same period a year earlier in the games and tables portion of the gaming control report.

By far, the largest revenue generators in Nye County were the multidenominational and penny slot machines, bringing in more than $4.1 million of the nearly $4.4 million gaming win for November.