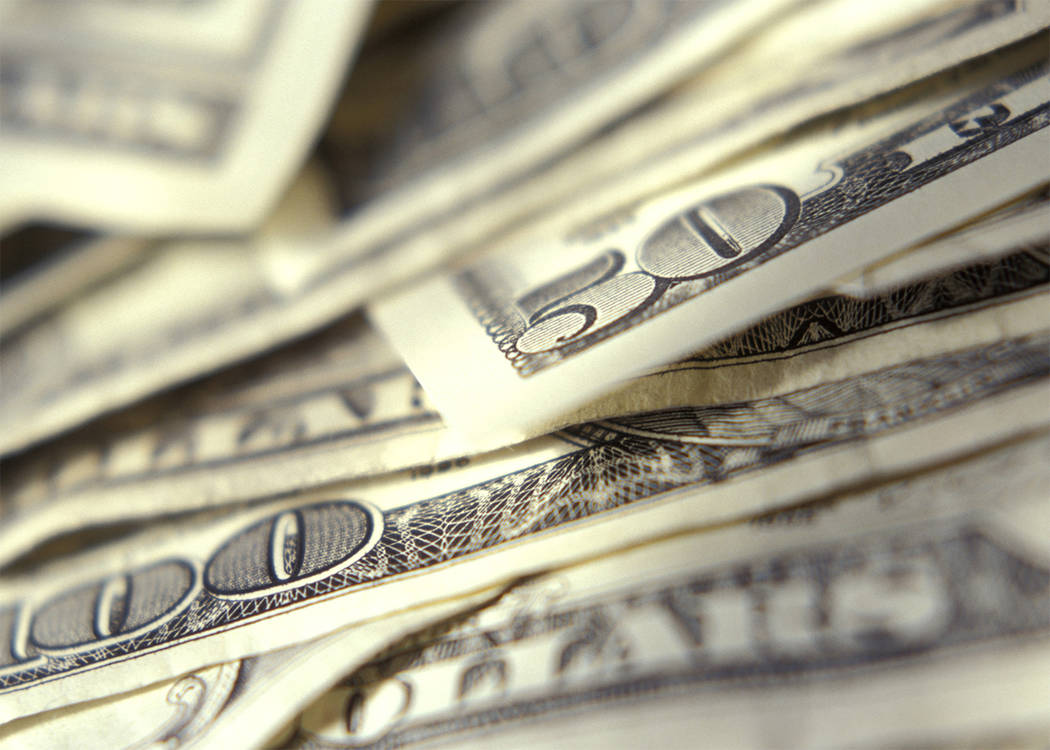 Nye County's finances keep improving, according to a March report that was presented by Nye County Comptroller Savannah Rucker. Current revenues as of Feb. 28 were $19,089,392, a 61 percent collected for the fiscal year 2017.

Nye County’s finances keep improving, according to a March report that was presented by Nye County Comptroller Savannah Rucker.

“We do see about 25 percent of our revenue generated in the last two months of the fiscal year, so we are coming in pretty strong with revenues so far this fiscal year,” Rucker told Nye County commissioners in late March.

Nye County revenues continue to exceed the forecast budget and that should offset the Payment in Lieu Taxes shortcomings that might potentially happen this fiscal year, Rucker said.

“Our consolidated tax for December was received in February and that was $1.2 million, when we had forecast $1 million thirty-five thousand. So, we are seeing strong taxes coming in for consolidated tax and property tax,” Rucker said.

Several revenue streams were not as strong. Rucker said Nye County collected only 44 percent of revenue for licensing and permits due to concealed weapons permits.

“We were at 50 percent at this point last year and we are right at 48 percent collected this year. We see about 65 percent of revenues for concealed weapons permits coming in between March and June, so those will trickle in throughout the rest of the year,” Rucker said.

Nye County collected money only for 13 percent of marijuana licenses. The county has several marijuana establishments on hold, and Rucker said they could potentially be “a small, little speed bump.”

“Last year at this point we were at 50 percent collected and we ended up collecting 125 percent of budget between March and June,” Rucker said.

If the trend follows suit, Rucker said Nye County could potentially see a jump in marijuana licenses toward the end of this fiscal year.

In the meantime, several departments in Nye County reported higher than forecast expenses.

Among them were information systems, human resources, planning, public guardian, emergency management, the county clerk and the sheriff’s office.

“We do have a few departments that are coming in higher, one of them being IT for salaries, that’s due to a temp hired,” Rucker said.

“Additionally, looking at the planning department, salaries and benefits are projected to be over. That is due to Darrell Lacy’s payroll being allocated to the water district, where he no longer sits as the general manager. So we will likely have to augment planning due to that change,” Rucker said.

Rucker also said she is projecting a higher budget for salaries and benefits for a public guardian. And there are some significant public guardian cases, so Rucker said they could be potentially augmented “to make sure we are covering the needs of the community.”

At the clerk’s office, salaries were at 101 percent of the budget. Services and supplies were at 125 percent.

“I think this is largely due to the presidential election that occurred this year. They saw overtime and increased salaries, which I believe will level out, and services and supplies. I do understand that elections are very expensive,” Rucker said.

The Nye County Sheriff’s Office also had an increased budget for salaries and the Public Works Department’s services and supplies and salaries were projected to be slightly over budget.