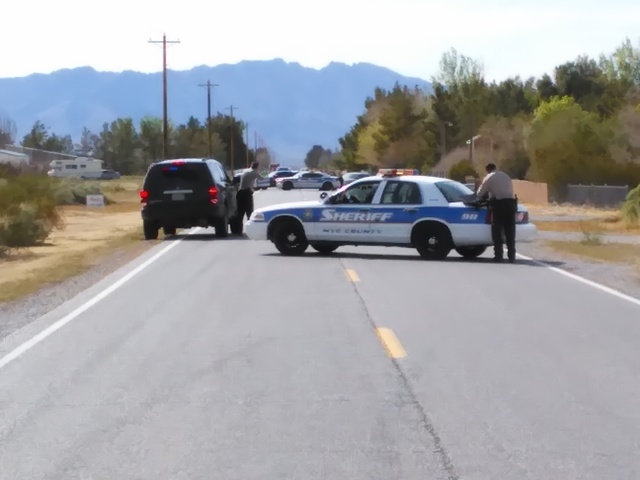 One man was arrested on Thursday afternoon after a short standoff with law enforcement.

Nye County Sheriff’s deputies responded with a SWAT team Thursday afternoon along the 4000 block of Turner Street. The call came in just after 3 p.m. on an armed subject who was depressed. At least two shots were fired by the suspect inside the garage of the home.

Pahrump Valley Fire and Rescue medics staged a short distance from the home, but were sent away around 3:45 p.m., when the subject was taken into custody.

The incident was still under investigation at press time. No further details were available at that time.