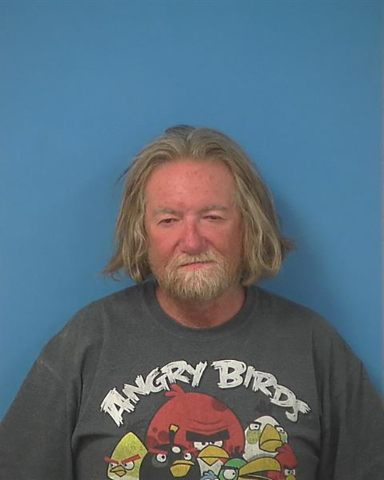 A Pahrump man was arrested this week and charged with various preliminary counts, including attempted murder, after he allegedly stabbed a woman multiple times.

David Metcalf, 50, was arrested Wednesday night and charged with preliminary counts of attempted murder, assault with a deadly weapon, resisting a public officer and obstruction of a public officer, following an incident that left a 61-year-old woman with multiple stab wounds, according to the Nye County Sheriffs Office.

NCSO deputies were dispatched to a residence on the 2000 block of North Barney Street after reports came in about an elderly woman with multiple stab wounds.

Deputies and Pahrump Valley Fire and Rescue arrived at the scene to find the 61-year-old female in critical condition as a result of the injuries sustained in the attack. She was airlifted to University Medical Center in Las Vegas.

Detectives identified the alleged attacker as Metcalf after their initial investigation, and he was then located on the womans property. Metcalf resisted arrest when deputies initially attempted to apprehend him, police said.

After a search warrant was obtained, NCSO detectives gathered evidence and Metcalf eventually claimed responsibility for stabbing the victim.

Metcalf was booked into Nye County Detention Center on the four preliminary charges and is being held without bail pending his initial hearing in Pahrump Justice Court.

The investigation into the stabbing incident is ongoing and detectives are trying to locate several possible witnesses. Anyone with information regarding this case is urged to contact the Nye County Sheriffs Office at 775-751-7000, Det. Sgt. Eisenloffel or Detective Cox (Case# 16NY-2232) or by email at ncso_detectives@co.nye.nv.us