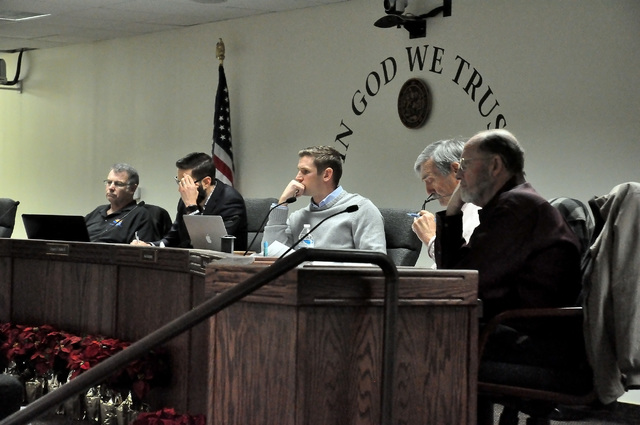 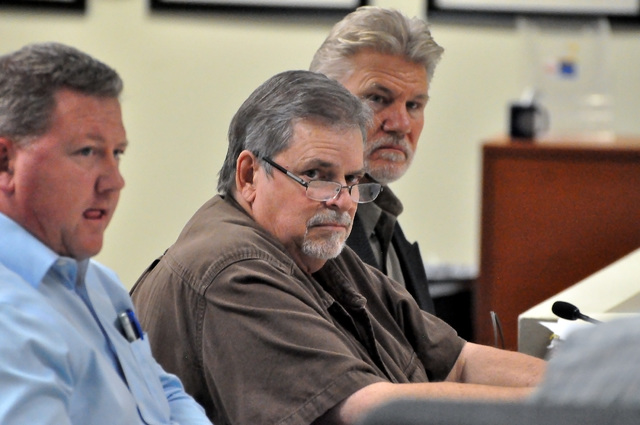 The Nye County Planning Department said that the application for a commercial subdivision with retail and restaurants on approximately 70 acres at 351 W. Basin Ave., 201 W. Basin Ave. and 150 S. Blagg Road contains insufficient information and is “incomplete and speculative in nature,” as it lacks the necessary infrastructure, roads, and utilities.

After the item was continued from the October meeting, the applicant, Pahrump Lands, LLC submitted a conceptual use plan for the site that shows locations of proposed buildings, square footage of individual buildings and parking areas and traffic volume estimates.

The only information provided regarding the proposed use was a “vague” statement that the commercial subdivision would allow “a variety of commercial uses presently and in the future” with the “first phase consisting of senior living facilities,” according to the documents.

Dave Richards of Pahrump-based Civilwise Services, which represented Pahrump Lands, said they were looking to treat a tentative map as a master plan.

“A tentative map is no entitlements, except to go ahead and propose the development, propose how you are going to do this,” he said.

The neighborhood commercial zoning allows a maximum of 75,000-square-foot buildings, while the plan provided by the applicant shows buildings exceeding 75,000 square feet.

“There’s nothing saying that you can’t come in front of this board and request zone change either, which would then help this tentative map,” said Greg Hafen II, chairman of the Regional Planning Commission. “However, that needs to be done prior to us considering 75,000-square foot buildings.”

In a letter, the company said that it’s capable of servicing the property, however, noted that it’s hard to specify or give actual commitment before seeing plans or water calculations for a specific development.

“I think we’ve gone as far as we can until we actually submit development plans to the utility company with modeling and so forth to show how their particular existing water lines can serve the property,” Richards said.

He added that before the final map and development occurs, there would have to be an annexation of the rest of the property to the utility’s district boundaries.

Officials also said that the proposed subdivision is inconsistent with the goals and policies outlined in the Master Plan Update.

Mason Harvey, a manager of Pahrump Lands, said over $20 million has been invested in the property.

“We were asked to put our concept down to tentative map use stating what we might accomplish on the map itself,” he said. “This is a concept plan at staff’s request… We’ve gone overboard to show the site can do what we are talking about.

“From your standpoint, it may be speculative, from our standpoint, we are in, we are all in, and we are convinced that this area is really ideal for this mixed-use concept.”

Pahrump Lands chose to do a tentative map instead of the development agreement.

”The development agreement allows to look at this project as a whole, and not on a piecemeal basis. Once the tentative map is approved, the commercial subdivision is allowed to move forward where they can sell land piecemeal,” Lacy said.

Currently, the largest commercial area in Pahrump is Pahrump Valley Junction, which is about 30 acres and is anchored by Albertsons and Wal-Mart.