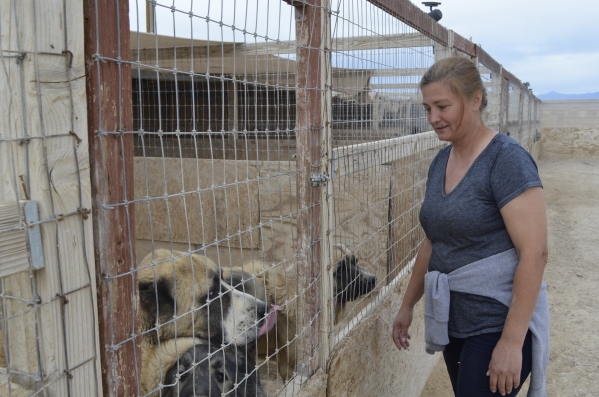 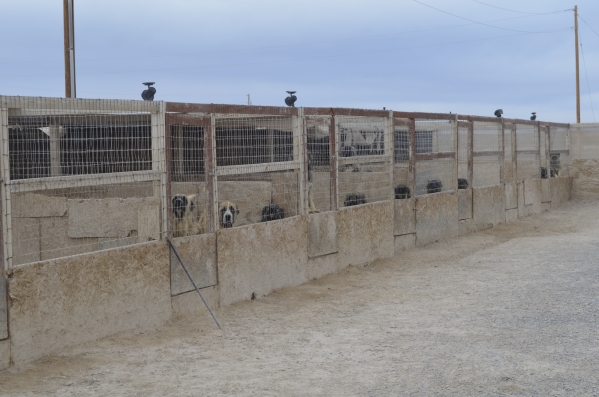 Paula Glidden panicked when she found out in the Pahrump Valley Times that her neighbor, who runs a kennel just a few blocks away, had filed a request to house more dogs.

Glidden, who lives on the southern end of the town, is among a group of local residents who oppose an application for a conditional use permit that was filed by the owner of Est-Alfa K-9 Security Service, Vasili Platunov, who currently houses over 130 dogs on his property.

“I love dogs and everybody around here does. We all have dogs. But that’s a little extreme and for the facility that he has, that’s my concern. That’s our concern as a group and individually, you know,” Glidden said.

Platunov has been running Est-Alfa K-9 Security Service, located at 2790 E. Camelia St., for a few years. The business provides guard, patrol and detection dogs. Recently, he had to apply for reconsideration of a conditional use permit that would allow him to increase the number of dogs from the original 30, after the number increased due to people dropping off or refusing to pick up their dogs.

The Pahrump Regional Planning Commission is expected to make a decision on the matter on Thursday, Nov.12.

Glidden called the proposed limit “over the top” and cited noise and the lack of proper security around the facility as her top concerns.

“I’m not going to say it’s continuous, but it is occasional during the day and at night it gets going,” she said about dogs barking.

“He should be up in town in the industrial zone where it can be protected and again, I think it should be a facility that’s gated, got decent fencing or at least has a block wall around it, that nothing can get out and it’s as simple as that,” she said.

After talking to her neighbors and asking them to sign a petition for the Pahrump Regional Planning Commission, Glidden said she got a unanimous response.

“I was shocked at the response quite honestly. I expected a couple of people right around here to be upset, but it was everybody. Everybody in the back here, all the way down and around that street, everybody complained that they had opposed them last time and now, this was just over the top,” she said.

According to the report by the Nye County Department of Planning, Platunov violated his previous approval which allowed him to have 30 dogs.

“We just don’t feel it’s appropriate to have 130 dogs in that zoning district,” Nye County Planner Beth Lee said ahead of the meeting.

“The thing is they had a conditional use for 30, and they have got more than 80,” Glidden said. “I don’t know how many are there now. So what’s their limit? And they don’t follow the rules. So if we give them a 150, are they going to have 290? You know what I mean. What’s their limit? And that’s my question too. I don’t think that’s fair.”