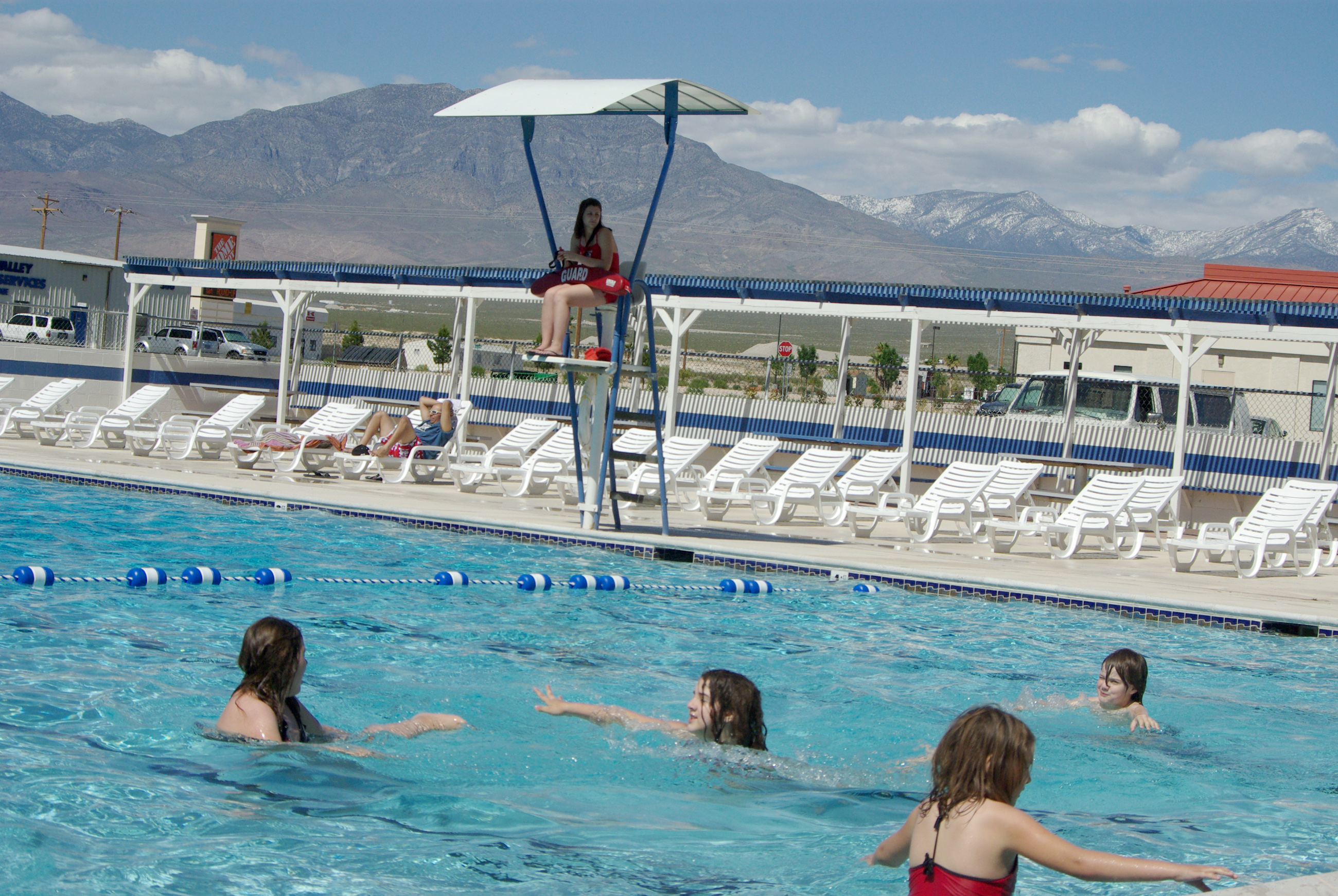 One of the best ways to escape the summer heat is to take a dip in a pool and with budgets tight for most families who don’t have access to a home pool, finding ways to pay for a swim can be tough.

The Rotary Club of Pahrump Valley is going to aid those who might not have the money to use the Pahrump Town Pool by paying for anyone who uses the facility from July 15 through August 15.

All residents who want to swim have to do is show up to the pool and go swimming, and the Rotary Club will take care of the 50 cent cost of admission during that one-month span.

“A lot of the kids, even though it’s 50 cents to get in, you and I might not think itâs that much, but a lot of the kids their parents can’t afford that,” said Ryan Muccio, Rotary board member. “Itâ’s just going to open up that access for kids to do something before they go back to school and do something positive that’s paid for.”

After their annual Giving Day, which usually takes place around Christmastime that offers hundreds of children presents and a dinner, not being what it once was, the Rotary Club wanted a new way to help locals.

“We decided this year, instead of doing our Giving Day, that weâre going to pay for the fees for the town pool,” Muccio said.

After looking at the records of what the average daily usage of the pool was around the same time last year, Muccio said they came up with an estimate of what the Rotary Club will be paying for the free swim overall.

“After looking at what the Town of Pahrump collected last year for those dates, it was around $1,800,” he said. “We’re expecting it to be higher because that was for a normal time where they were paying. Now we’re advertising the free swim, we expect that number to be a little higher, anywhere between $1,800 and $2,000.”

The Town of Pahrump was excited about the prospect of the Rotary Club providing area residents a chance to swim for free for such a long period of time.

“They were very happy,” Muccio said of the town’s reaction. “They have people that will pay for a free swim for a day or a weekend, but I don’t think they’ve ever had anybody pay for a whole month, so they are pleased and they welcomed us with open arms and they thought it would be a great idea.”

This will be at the low end of what the Giving Day usually costs the Rotary Club, which was anywhere between $2,000 and $4,000, depending on how many kids they had and if any other organizations partnered up with them.

The Rotary Club will use money raised from various fundraising projects that Rotary does throughout the year. Their biggest fundraiser is the popular “Cash Extravaganza,” also known as the $10,000 giveaway, which is held in October, in addition to financial contributions from Rotary Club members.