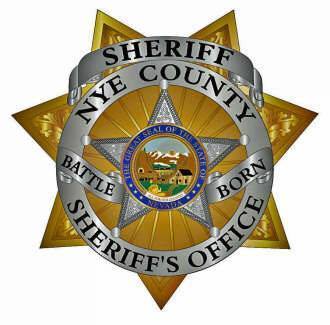 With the holiday season in full swing, most are celebrating with various parties, and whether it be family and friends or work, many of those events will involve alcoholic beverages.

With the drinking that is associated with the holiday season, an increase of injuries and fatalities on Nevada roadways occurs, according to the Nye County Sheriff’s Office.

Impaired driving is one of the top traffic problems for Nevada and the sheriff’s office is teaming up with agencies statewide aligned with Joining Forces to increase enforcement beginning today through Jan. 3. Other agencies include the Nevada Highway Patrol, Las Vegas Metropolitan Police Department and Henderson Police Department.

Drivers with a breath alcohol level of 0.08 percent, the legal limit in every state, were almost four times more likely to crash than sober drivers, according to the National Highway Traffic Safety Administration.

Drivers with an alcohol level of 0.15 percent were 12 times more likely to crash than sober drivers, while marijuana users were about 25 percent more likely to be involved in a crash than drivers who weren’t under the influence of the drug.

To achieve a “Zero Fatalities” goal, drivers and riders are urged to learn the law for blood alcohol levels and follow these guidelines:

■ Designate a sober driver before drinking;

■ Use a taxi, call a sober friend or family member or use public transportation if impaired;

■ Take the keys or assist in making other arrangements for someone who is about to drive or ride while impaired.

For resources and laws pertaining to impaired driving and riding, visit www.zerofatalitiesnv.com/dont-drive-impaired.