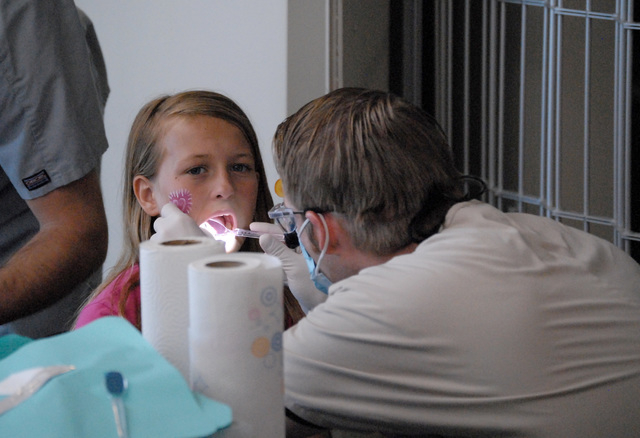 Nye County is at the bottom of a dubious list, being named last in a health ranking of counties in Nevada.

The list is part of the 2015 County Health Rankings released Tuesday by the Robert Wood Johnson Foundation and the University of Wisconsin Population Health Institute. States across the country were dissected by county, and ranked on 30 factors.

The report said that 20 percent of Nye County residents were in poor or fair health, compared to a 17 percent average in Nevada and 18 percent in Clark County.

That finding correlates with the higher percent of those 65 or older in Nye County, as that makes up 27 percent of the population. That is compared to 12.8 percent in Clark County and 13.7 percent statewide.

Finding physicians to treat the population that are not in good health is a problem in Nye County, as the primary care physician-to-patient ratio is 2,387 to 1, opposed to 1,829 to 1 in Clark County and the state average of 1,777 to 1.

A big factor to being healthy in general is access to exercise opportunities and healthy foods, both of which Nye County is significantly lacking compared to the state’s average.

Just 21 percent of Nye County residents have access to exercise opportunities the study found, far less than Clark County’s 90 percent and the state average of 87 percent.

Lifestyle choices are also crucial to a person’s well-being and Nye County is lacking in that area as well.

The percentage of Nye County residents who smoke is 29 percent, above both the state and Clark County’s average of 21 percent.

Nye County did have less excessive drinkers in its population with 14 percent being included in that category, which was lower than Clark County’s 17 percent and the state’s 18 percent.

Injuries resulting in fatality is another area where Nye County eclipses the state average. The county reported 134 deaths due to injury per 100,000 population, compared to 68 for the state’s average and 63 for Clark County.

Children living below poverty was also higher in Nye County, with 32 percent of children in the county living in poverty, compared to 24 percent in Clark County and 23 percent in Nevada.

Esmeralda County was not on the list due to lack of information. However, the small county’s citizens receive many of their health services in Nye.

Nye County fared poorly nationally, ranking in the bottom 10 percent for all six years of the study.

The rankings website stated, “the County Health Rankings illustrate what we know when it comes to what is keeping people healthy or making people sick.”