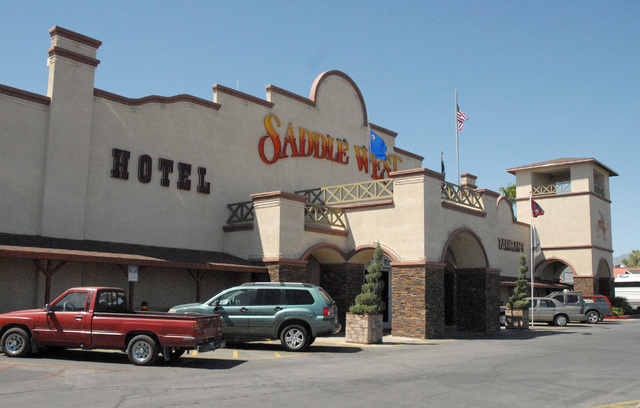 Nye County taxable sales in September were $44.4 million, a $9 million month-to-month increase from August, according to a report released recently by the Nevada Department of Taxation.

However, the taxable sales figures in Nye County for the month were down 24 percent from the same month in 2013, largely due to winding down of the SolarReserve Crescent Dunes project near Tonopah earlier this year.

On more of a consumer level, motor vehicle and parts dealers experienced a 6.6 percent increase in taxable sales in September 2014 from $5.37 million a year ago to $5.72 million; taxable sales for food and beverage stores was down 2.2 percent, from $2.15 million to $2.1 million; general merchandise stores had a 2.3 percent reduction in taxable sales, from $3.6 million to $3.58 million; while taxable sales at food services and drinking places were almost flat, at $3.29 million.

Nye County collected $1.15 million in consolidated taxes in September 2014, which is mostly the 7.6 percent sales tax, which was raised last April from 7.1 percent.

The 11 non-restricted gaming licensees in Nye County reported a gaming win of $4.2 million in October, a 4.73 percent increase over October 2013, according to statistics from the Nevada Gaming Control Board.

The Nye County unemployment rate dropped to 7.7 percent in October, according to the Nevada Department of Employment Training and Rehabilitation, down from 8.1 percent in September. DETR estimates the number of unemployed in Nye County dropped from 1,399 workers in September to 1,326 workers in October, while the ranks of the employed rose from 15,789 to 15,851. DETR estimates the total work force declined from 17,188 to 17,177 workers from September to October.

The statewide unemployment rate dropped to 7.1 percent in October, the lowest level since June 2008 and the 45th straight month of unemployment declines dating back to February 2011.

“Through the first 10 months of the year we have added 40,000 new jobs across the state putting more Nevadans back to work,” Gov. Brian Sandoval said in a prepared statement.

DETR Chief Economist Bill Anderson said Nevada’s job growth has outperformed 48 other states. He said for the first time since 2007 the unemployment rate for all 17 Nevada counties fell below 10 percent in September and October.

The Pahrump Building and Safety Department issued permits to construct only two single-family homes in November, after 10 permits were issued in October. Pahrump Building and Safety issued a total of 27 building permits in November, after a busy month in October with 38, which tied the highest months this year in August and April. Much of the construction work in November was on accessory structures or tenant improvements for future businesses.