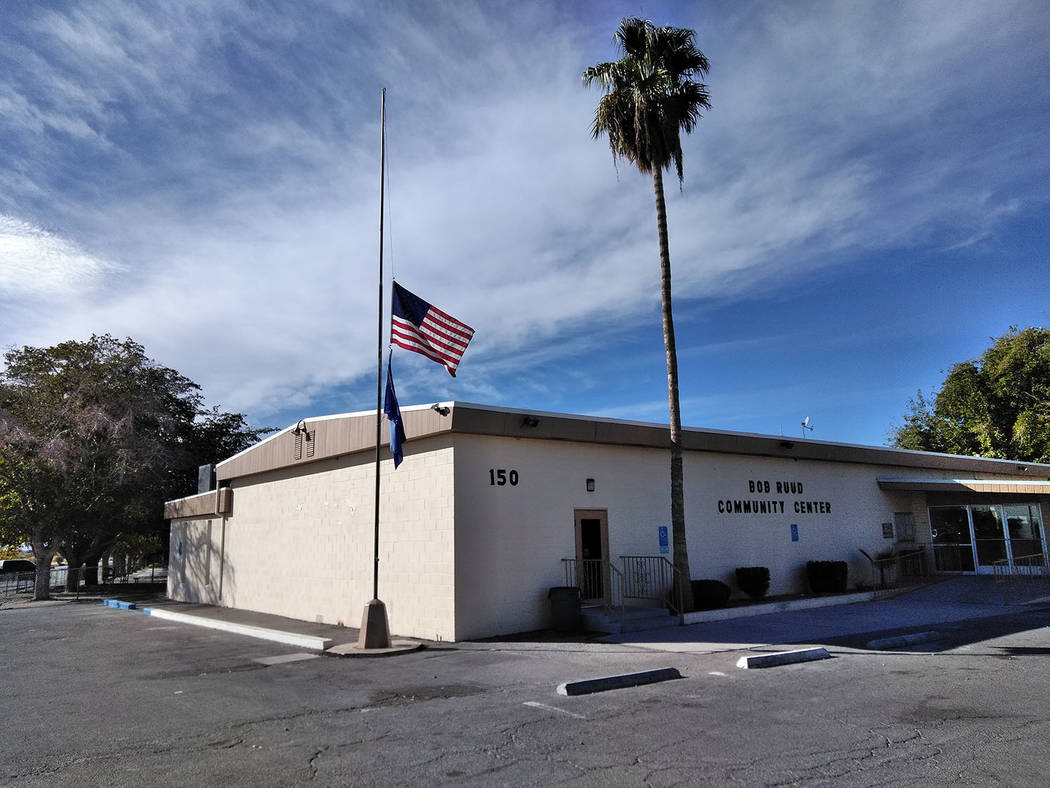 Selwyn Harris/Pahrump Valley Times Flags in Pahrump were at half-staff on Monday following the mass shooting at the First Baptist Church in Sutherland Springs, Texas on Sunday. At least 26 parishioners were killed during the church service. Authorities have identified the gunman, Devin Patrick Kelley, who died of a self-inflected gunshot wound after fleeing the scene.

Flags in Pahrump are at half-staff this week in remembrance of the mass shooting victims at the First Baptist Church in Sutherland Springs, Texas on Sunday.

At least 26 parishioners were killed during the church service. Authorities have identified the gunman, Devin Patrick Kelley, who died of a self-inflected gunshot wound not long after fleeing the scene.

The victims included a 5-year-old child and the 14-year-old daughter of the church’s pastor. Texas authorities said four percent of the small town’s population were killed in the shooting.