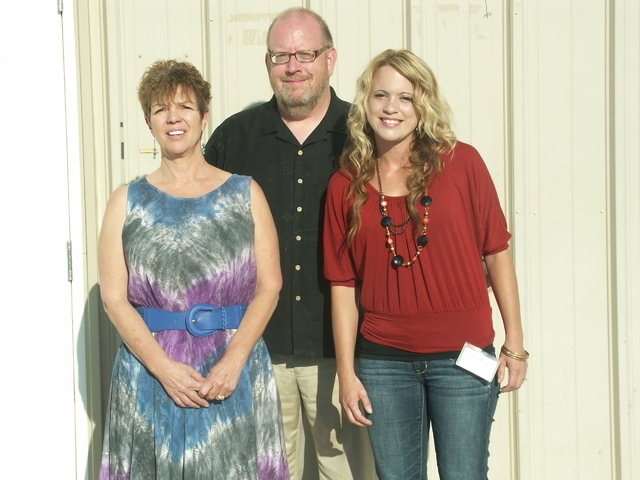 “There are no jobs in Pahrump.”

“It just drives me nuts when I hear people constantly say that there are no jobs in Pahrump and that’s an absolute lie. There are entry-level jobs in town. We just posted a full-time legal secretary position this week and so far, we have just one applicant for a full-time position,” he said.

Roughly two years ago, NyECC began regular hosting career fairs on the second Friday of each month where both employers and applicants could meet and discuss potential career options.

“It was employers and also county and state agencies that work with businesses and provided services,” he said. “We learned that there was a need and desire and there was nobody better prepared to do it than the Career Connections division,” he said.

Wigchers noted that over the last year, the number of employers and job seekers began waning as participation by both parties declined substantially.

“Like a lot of things, over time, the attendance started to dip a little bit with the employers and with the job seekers. About a year ago, we cut back to doing it quarterly. As far as the employers, some felt that they did not have enough recruiting resources,” he said.

In order to participate in the job fairs, a business would have to provide a representative on-site to meet with the prospective employees, face-to-face. As a result, some businesses opted out of the program.

“Most of us work for businesses that are so short-staffed already, it’s hard to leave your business for a half a day. That’s really challenging, which is why we need to provide more value for the employer to take time away from their actual business site,” he said.

The coalition decided to take the job fairs to a higher level by creating a new collaborative partnership with two local agencies. Nye County Regional Economic Development Authority (NCREDA) along with the Pahrump Valley Chamber of Commerce recently agreed to climb on board with the coalition’s efforts.

What was once known as simply a job fair, the overhauled program will now be referred to as the coalition’s “Employment Expo.”

As the CEO of the Pahrump Chamber of Commerce, Salli Kerr said she is in the unique position to reach out to area businesses which may have a need for an individual looking to learn a trade, even if the position is an internship.

“It’s my job to promote and teach businesses to promote themselves and there are all kinds of benefits that go with that. This collaboration is wonderful because we can help train the businesses too. Maybe they don’t have an opening, but that doesn’t mean they couldn’t use a great intern that someday they could hire. I think we can make this bigger than a career fair where it’s just an employer and a job seeker,” she said.

NCREDA Executive Director Cassandra Selbach said her agency focuses on creating an environment where local businesses would have to hire additional employees just to meet the demand of its customer base.

“One of my interests is getting existing businesses to get to a point where they are creating additional jobs. One of the ways I can do that is by increasing their sales and revenue,” Selbach said.

Additionally, Wigchers spoke of an incentive that he said truly benefits potential employers.

“Our on-the-job training program provides for a reimbursement that puts 50 percent of the wages back into the employer’s pocket for the first 12 weeks. For three months, they are paying 50 cents on the dollar for that new employee to get up to speed. It’s perfect for both the employee and employer,” he said.