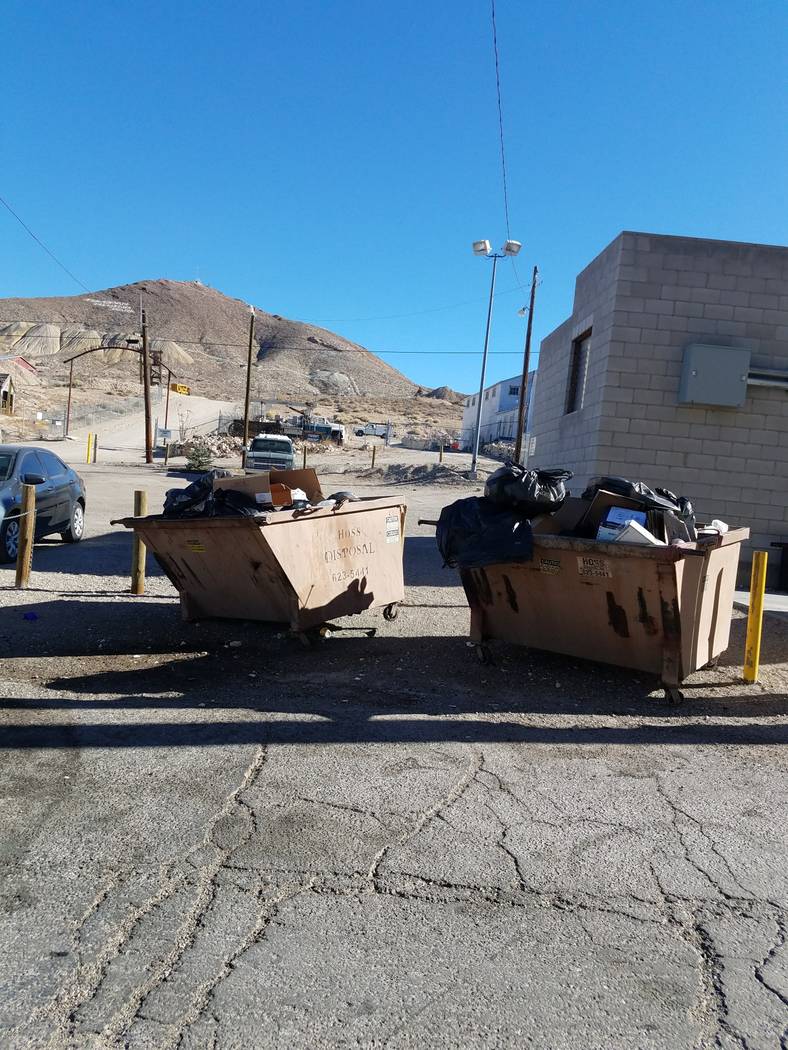 Special to the Pahrump Valley Times Dumpster are shown full of trash as shown in Tonopah. The Tonopah Town Board will discuss garbage collection services in Tonopah as part of the public workshop agenda at 5 p.m. today. 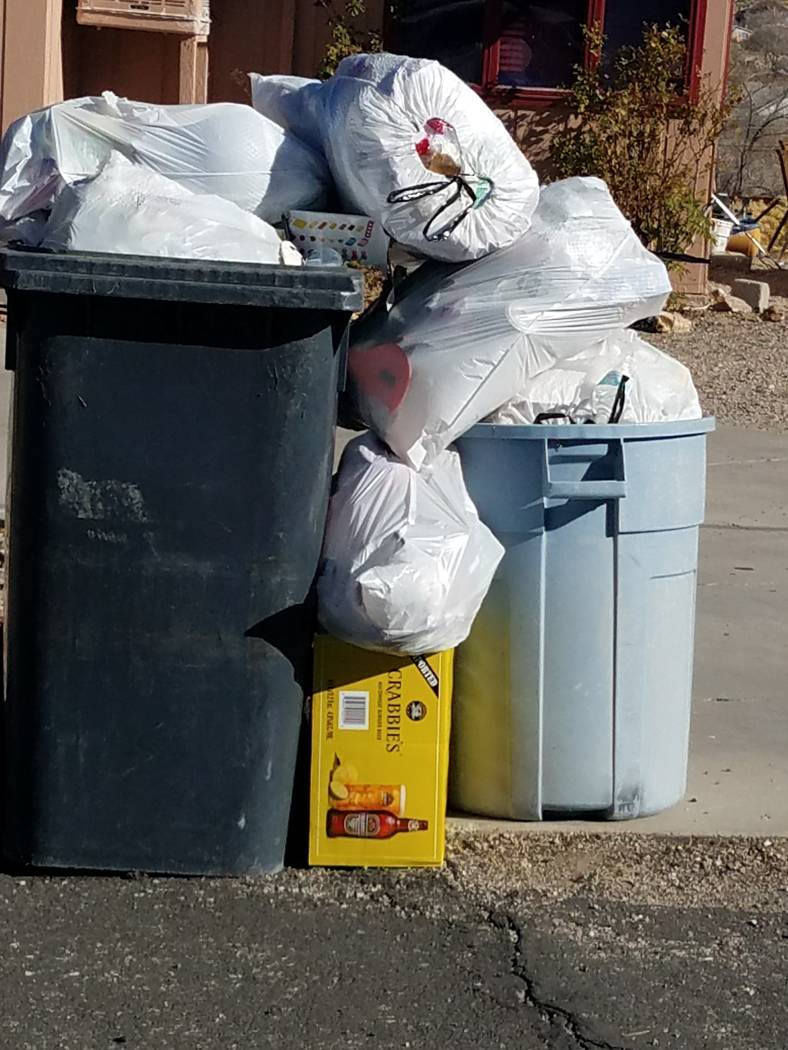 Special to the Pahrump Valley Times Garbage piles up in Tonopah as shown in a photo taken in town. The Tonopah Town Board will discuss garbage collection services in Tonopah as part of the public workshop agenda at 5 p.m. today 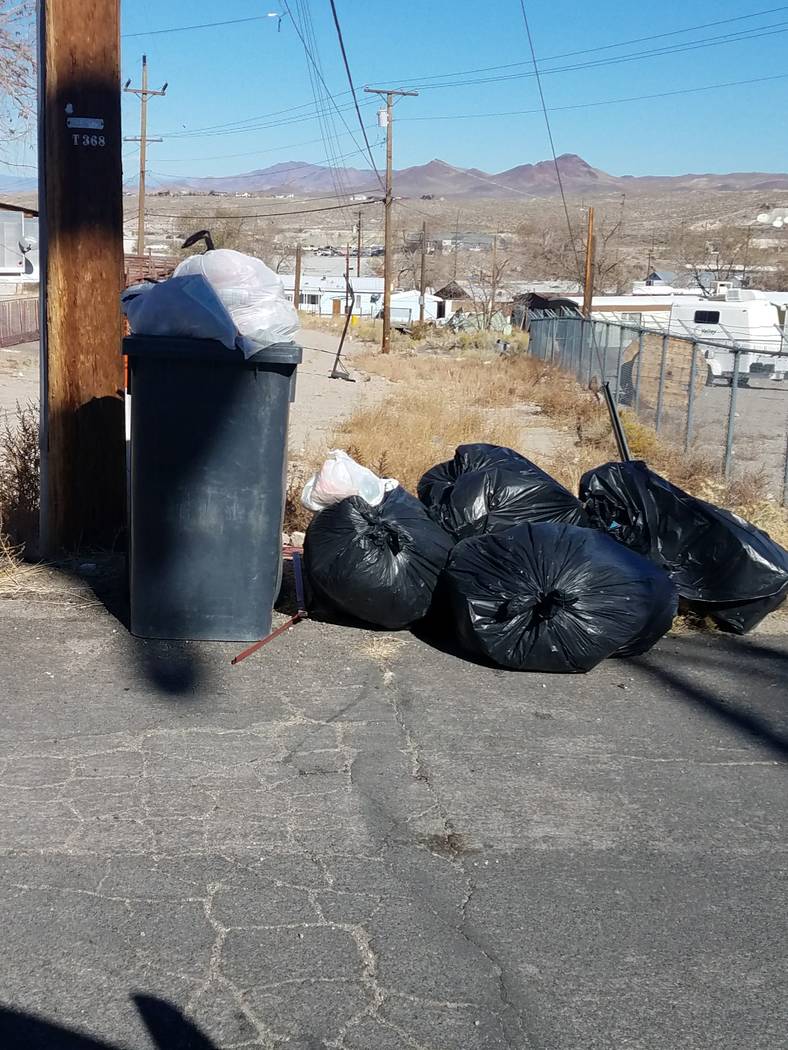 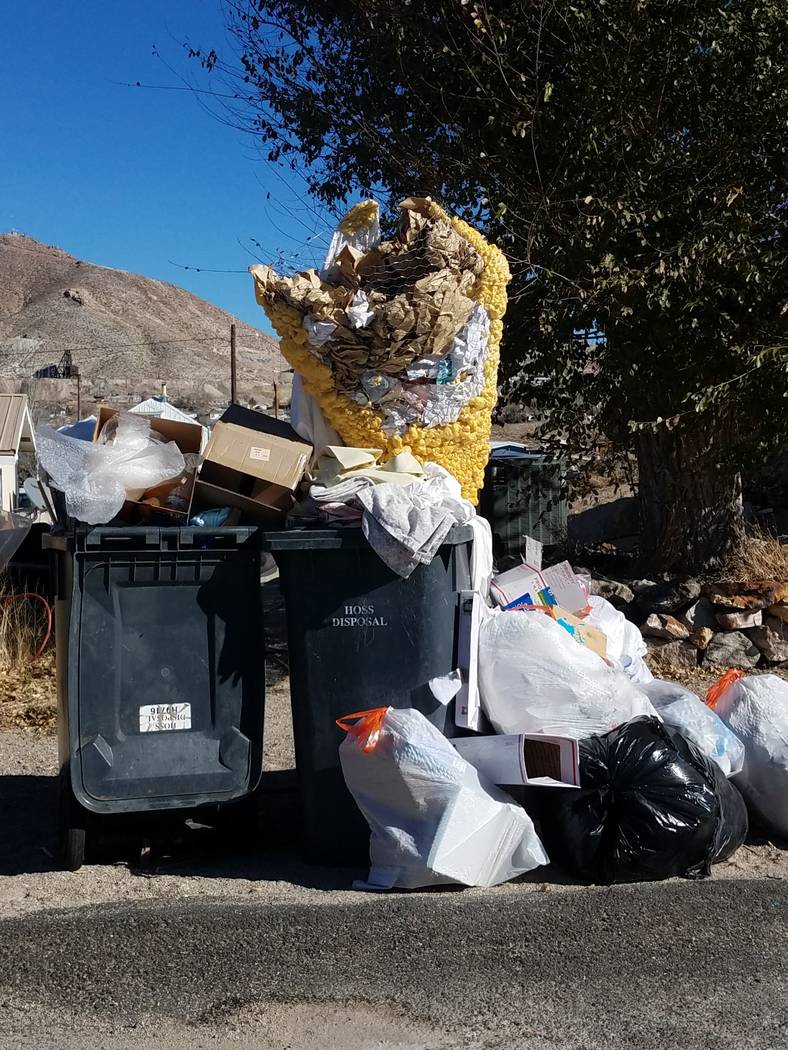 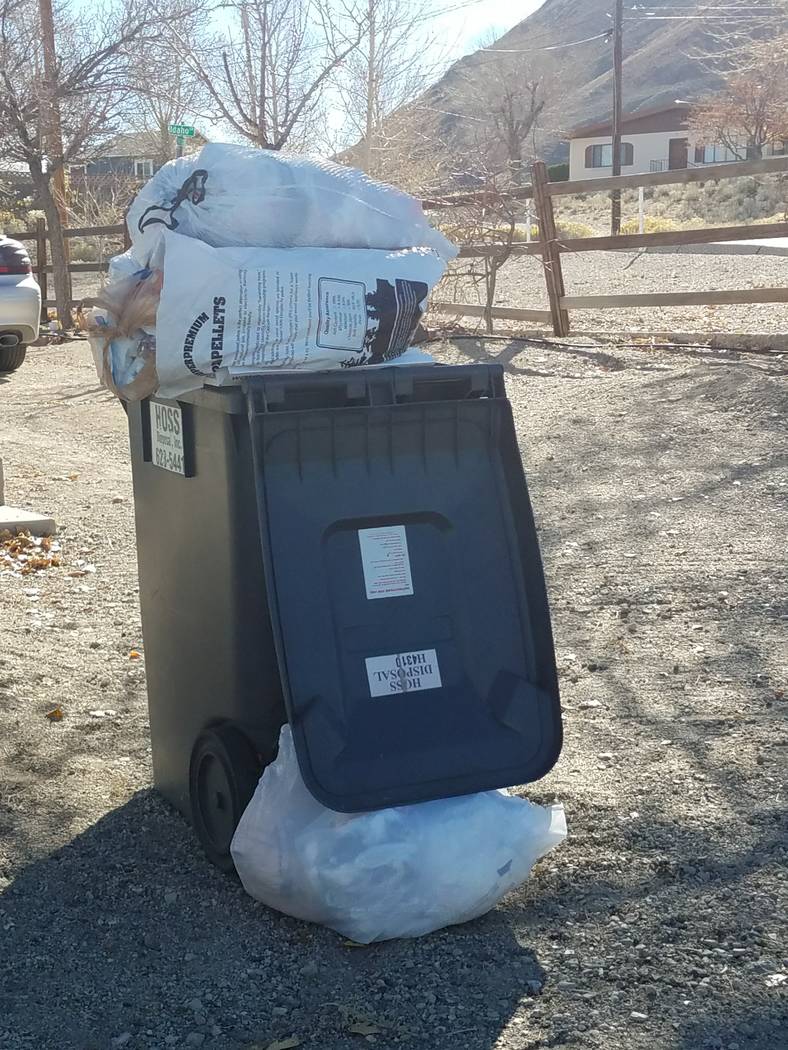 For the past few weeks, Tonopah’s streets have been overflowing with trash, and town officials plan to discuss the issue after angry residents took their frustration to social media.

The Tonopah Town Board will discuss garbage collection services in Tonopah as part of the public workshop agenda planned for Thursday.

Many complained that Hoss Disposal, a waste collection operator from Winnemucca that has a contract with the town of Tonopah, hasn’t been picking up trash everywhere.

Douglas Baker, a resident of Tonopah, said his trash was picked up on the morning of Nov. 10 after a three-week delay.

“They are not taking care of business,” Baker said. “That’s the important thing. You can’t leave garbage piling up everywhere.”

Baker said a lot of the garbage that has been piled up across the town was blown around by the wind. In addition, he said, some residents are frustrated as Hoss bills in advance for their services.

“Several people are upset. The local Facebook page is really talking about it,” Baker said.

Deb Cobb said she had coyotes going through trash in her neighborhood.

“My concern is the trash has created a nuisance and health issue in many ways,” Cobb said. “I have seen more coyotes in town go through trash that’s piled up on the streets.”

“They have not offered any responsible solutions or put measures in place to take care of this (problem),” Cobb said about Hoss Disposal.

Vikki Beko, another Tonopah resident, has posted several photos of garbage piling up around Tonopah on her Facebook page.

A Facebook post on Nov. 9 said: “Here’s one more and then look at what is parked right around the corner with no driver at 9:30 a.m. PRICELESS!” The picture underneath the post shows a Hoss Disposal garbage truck sitting next to the road.