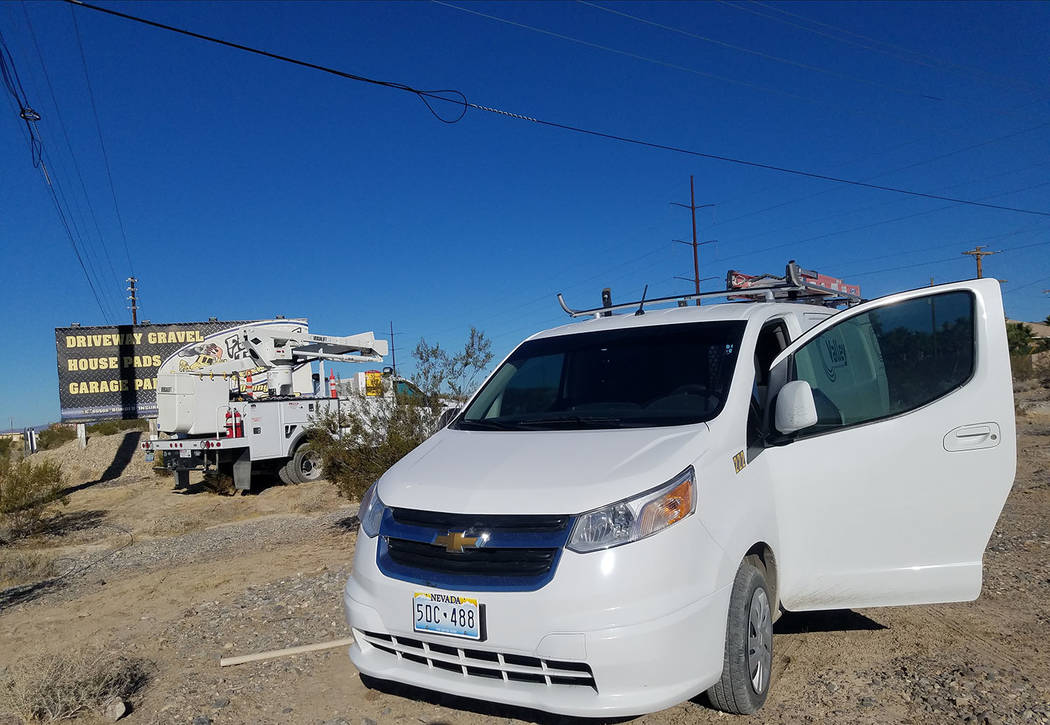 David Jacobs/Pahrump Valley Times A Valley Communications team at work in Pahrump in late October 2017. Some area residents may experience a few interruptions with their television reception due to maintenance and equipment upgrades, VCA said.

Some area residents may experience a few interruptions with their television reception due to maintenance and equipment upgrades by Valley Communications Association (VCA), on Thursday, Aug. 23.

The work, according to the cooperative’s social media page, is expected to take place between the hours of 9 a.m. and 11 a.m.

“This maintenance may produce interruptions of service for several minutes on affected channels,” the post noted. “These channels include the Las Vegas network channels of ABC, CBS, NBC, Fox, PBS, and CW, as well as direct satellite channels such as CNN, HLN, NBA, BYU, and Weather.”

Additionally, the maintenance and upgrades will allow VCA to launch HBO and Cinemax to its fiber-optic customers, according to VCA officials, who also noted that HBO and Cinemax are the only networks that will not permit carriage of their channels on the wireless network.

The work also is the first step toward correcting reception problems with KTNV, Channel 13, an ABC affiliate in Las Vegas.

The service interruptions during the maintenance should be brief and minor, according to VCA.