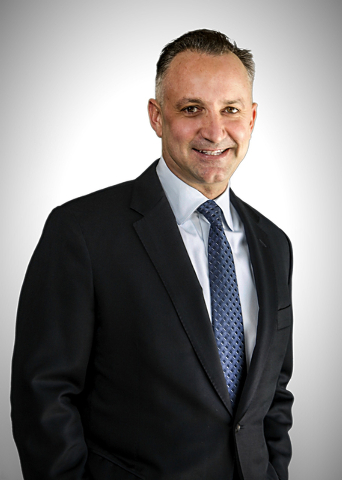 In his new role, Brooks will be responsible for managing VEA’s distributed generation programs and overseeing specialized government contracting related to renewable energy services. His duties also include managing VEA’s legislative affairs and managing the cooperative’s marketing and member services programs. As an executive vice president, Brooks will serve as a member of VEA’s executive team and lend his expertise to all aspects of the cooperative’s business activities.

A native Nevadan, Brooks previously served as the director of Bombard Renewable Energy in Las Vegas for 10 years, managing the engineering, procurement and construction of the company’s solar projects. During his time with Bombard from 2004 to 2014, Brooks was responsible for the development of approximately 700 renewable energy projects in Nevada. His past projects include a 14-megawatt solar energy plant at Nellis Air Force Base and the 26.3-megawatt Stillwater Solar Plant in Fallon, in addition to many other high-profile renewable energy projects.

“During the past 13 years, Chris has firmly established himself as a pioneer in the renewable energy sector,” said Valley Electric Association Chief Executive Officer Tom Husted. “As VEA seeks to position Nevada as a leader in the renewable energy industry, our cooperative will undoubtedly benefit from Chris’ unparalleled experience and knowledge.”

Throughout his career, Brooks has demonstrated a commitment to the advancement of Nevada’s renewable energy industry. He has been active in shaping and creating Nevada’s renewable energy policies, having served as an appointed solar representative on the Nevada Renewable Energy and Energy Conservation Task Force. He was also appointed by U.S. Sen. Harry Reid to serve as a member of the Blue Ribbon Panel for Nevada’s Clean Energy Future in 2008. In addition, he founded the solar photovoltaic training program for the International Brotherhood of Electrical Workers Local 357 Joint Apprenticeship and Training Committee.

A certified master electrician, Brooks has also received certification as a photovoltaic installer emeritus from the North American Board of Certified Energy Practitioners, a well-known certification organization for solar energy professionals. He also holds a photovoltaic license from the Nevada Occupational Safety and Health Administration.

As a result of his many contributions to the industry and its workforce, Brooks has received a number of prestigious awards. In 2009, he received the AFL-CIO Contractor of the Year award. The organization recognized him again in 2013 as a Friend of Nevada Working Families.

“As I start the next phase of my career, I look forward to working alongside Valley Electric Association’s team to promote the expansion of renewable energy projects in Nevada,” Brooks said. “I feel confident that VEA’s work in the renewable energy market will have a positive and lasting impact on our state.”

In 2013, VEA became the first utility outside of the state of California to join the California Independent System Operator Corporation balancing authority as a participating transmission owner. This agreement opens the door to a host of solar, wind and geothermal projects in the region, as it provides local renewable energy producers with improved opportunities for transmitting and selling power to other markets. VEA also operates one of the nation’s most successful domestic solar water heating programs, with more than 800 units installed in southwestern Nevada.