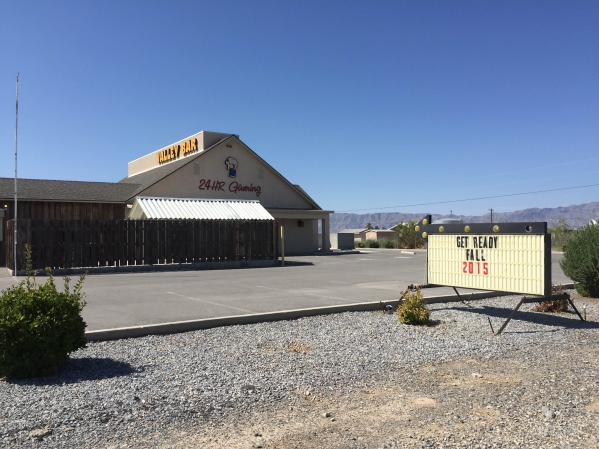 The Pahrump bar that will be affiliated with the front man for Motley Crue is scheduled to open Nov. 1.

The establishment endorsed by the legendary rocker will be located at the site of the old Valley Bar at 2101 E. Gamebird Road.

Michael Tsunis, owner of the bar and chief executive officer of Tatuado Hospitality Management Group, said that the establishment will open in the fall.

Tsunis said that in addition to liquor the bar will feature gaming and entertainment that will add some known bands to the area’s live music scene.

Tsunis said that they are going to add a backyard area complete with grass and trees, to give the locals a comfortable place to enjoy themselves inside and out.

According to the agenda for Tuesday’s meeting, the staff will recommend the issuance of a temporary liquor license until FBI fingerprint responses come back in order to issue the permanent liquor license.

As it stands, the building the establishment is set to go in is around 4,000 square-feet and has a net assessed value of around $97,000.

The taxable valuation for the building is over $276,000, according to the Nye County Assessor.

The rocker-backed bar already has an establishment under the same name inside the Circus Circus Hotel and Casino in Las Vegas, whose motto is “Eat, drink, party.” There are also four other Vince Neil branded bar/restaurants aside from the Las Vegas location and Tatuado Spirits, that consists of vodka, tequila and flavored rum, according to the Tatuado Hospitality Management Group’s website.

Neil is currently on MÃ¶tley CrÃ¼e’s farewell tour, which runs through New Year’s Eve and makes a stop in Las Vegas at the MGM Grand Garden Arena Sunday, Dec. 27.