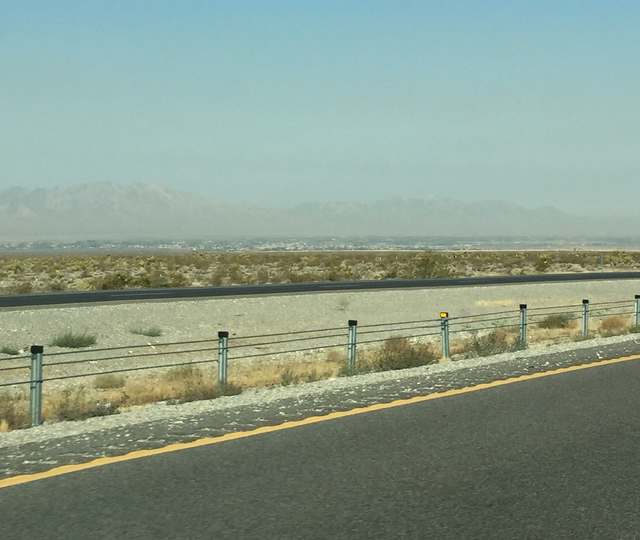 A smokey haze covers the Pahrump Valley on Wednesday morning. The smoke was from the Cajon Pass fire in California that shut down Interstate 15 until Thursday east of Victorville. Arnold M. Knightly/Pahrump Valley Times

A smokey haze covers the Pahrump Valley on Wednesday morning. The smoke was from the Cajon Pass fire in California that shut down Interstate 15 until Thursday east of Victorville. Arnold M. Knightly/Pahrump Valley Times 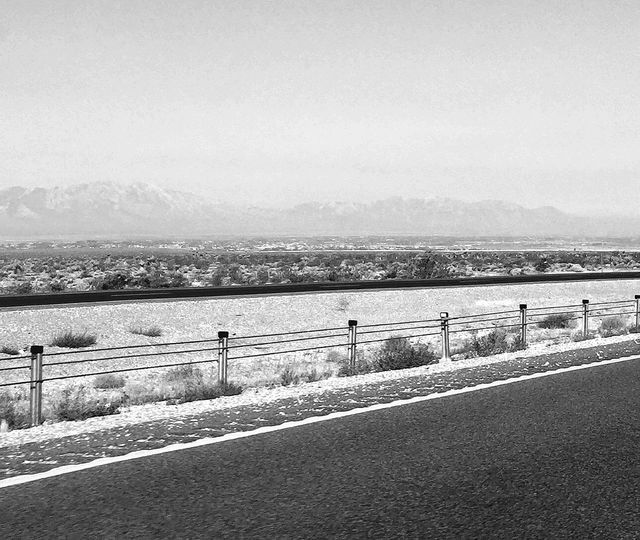 The valley should see any remaining smoke from the Blue Cut Fire in Cajon Pass, California clear out today, as temperatures will top out near normal for this time of year.

The weekend will see near-normal high temperatures for the weekend, with highs ranging from 103 today and 98 degrees Sunday, according to the National Weather Service.

No major weather factors are expected this weekend, but a slight chance of precipitation creeps into the valley toward the end of the weekend.

“It should be mostly sunny for the weekend, but there could be some clouds around on Sunday and Monday, as there is a slight chance of thunderstorms,” said Chris Outler, National Weather Service meteorologist. “Looks like a 20 percent chance for both days right now.”

Besides the slight rain shot, expect sunny skies and light winds for the next week, as winds won’t top 10 mph, unless a storm develops, which could bring brief gusty winds.