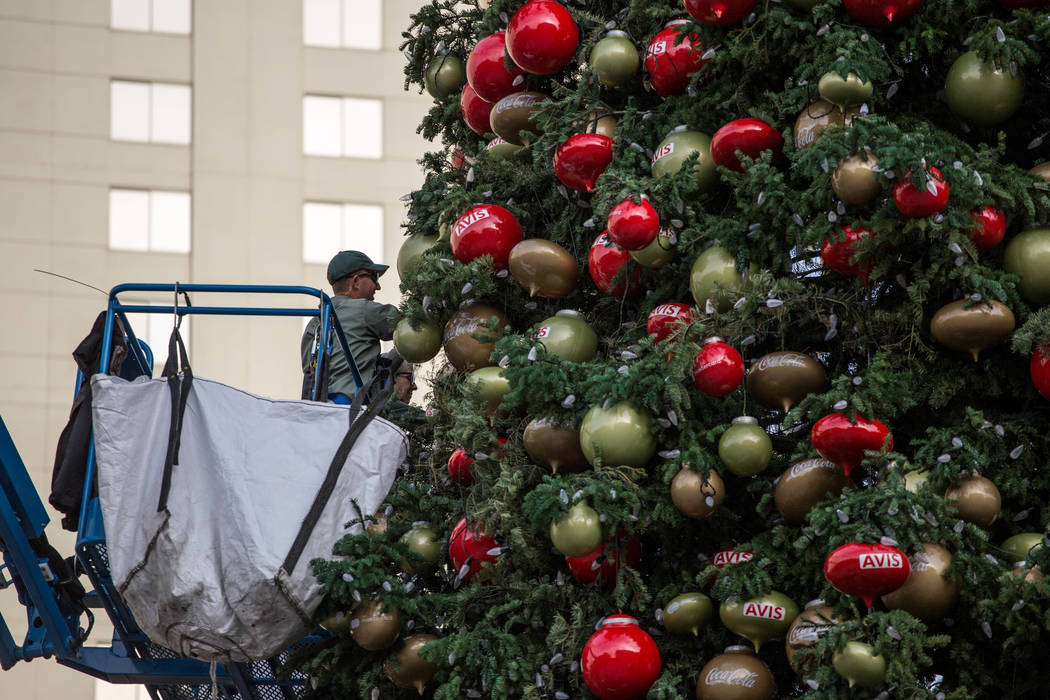 Joel Angel/Juarez Las Vegas Review-Journal With the holiday season here, a donation of your time, or your money, and your energy could make a tremendous difference, columnist Tim Burke writes.

The holiday season brings out the spirit of giving in people.

Capitalizing on that spirit of giving, many charities advertise heavily during the holidays soliciting donations for their various causes.

December is the largest charity fundraising month of the year. There are hundreds, if not thousands, of worthwhile causes all over the world that need financial support. It can be difficult sorting through all those charities to figure out which ones you want to donate to.

Some organizations have catchy names that make them seem like they’re legit but be careful. A little homework can go a long way. You can do your own digging around but to save time, here are a few reputable websites you can reference: CharityWatch, Charity Navigator, and the BBB Wise Giving Alliance.

These three sites tell you everything, from how they raise and spend money, to their transparency with the public and governorship within the organization. They examine charities regularly and give them a grade or rating that can be used to evaluate whether or not they are worthy of your money.

You can find additional information on the major charitable organizations in the December 2016 issue of Consumer Reports. The report provides a comprehensive list by category of best and worst charities to donate to. The list can be found on the Consumer Reports website at www.consumerreports.org

These websites and reports should be treated as guides of the larger national and regional charities and not as complete lists of the best and worst charities to donate to. They do not include the many worthwhile local charities.

And their ratings are not only objective but subjective.

For example, everyone is familiar with the Salvation Army bell ringers located in front of major stores during the holidays. CharityWatch lists them in their Top 10 of worthy charities based on their fiscal management. But another charity rating website lists them as the ninth worst charity to donate to. That worst rating is based on the website author’s belief that the Salvation Army is homophobic and gives money to lobbying efforts focused on undermining the LGBT community.

Which brings up a critical point when you are looking at charities to donate to.

You might want to consider not only that charity’s fiscal information but is it a cause that you believe in? Do they promote values and causes that you identify with? Do they spend the money that is raised in a way that you agree with?

Successful charities can grow into giant corporations with large administrative, marketing, and advertising departments. CEOs of the largest national charities often command six-figure salaries and bonus structures. You need to draw your own conclusion if a charity is correctly managing its finances in a way and making a difference in a cause you believe in.

Another consideration for donating to charity by the end of the year is to claim a tax write-off.

To take advantage of this benefit you must be filing an itemized income tax statement and not be using the standard deduction form. Not all charitable organizations qualify as tax deductible. You can deduct contributions only if they are made to or for the use of a qualified recipient.

No charitable contribution deduction is allowed for gifts to certain other kinds of organizations, even if those organizations are exempt from income tax.

Contributions to individuals, foreign governments, foreign charities, and certain private foundations similarly are not deductible. To verify if a charity is a qualifying organization you can go to the searchable database on the IRS.gov website to check a charities status.

Unfortunately, where there is good there is also the “not good” and the holiday season is a busy time for scammers as well. You can avoid getting scammed by following a few simple rules.

First, be aware that there are fake charities with names that sound like the well known and legitimate charities. Verify that the charity is real by checking the charity watchdog websites listed above. Additionally, don’t let emotions get the best of you on social media, by email or at your door.

Someone shares a story on Facebook that really plucks your heartstrings; you want to help. Scammers actively try to take advantage of the goodwill of others. Beware of group funding pages; while many are legitimate, some are simply scams.

Same rules apply to email appeals; if you don’t remember signing up for those emails or giving to that organization last year, don’t click through to give this year. Scammers can buy email lists with your name and email.

To make your money go further, avoid professional fundraisers asking for money on behalf of reputable charities. These fundraisers get paid, adding costs that come out of your contribution before they reach the charity. Instead, give directly to the charity.

A donation of your time, or your money, and your energy could make a tremendous difference in our community. So, when you find yourself in the holiday spirit and want to donate to a charity, start here!