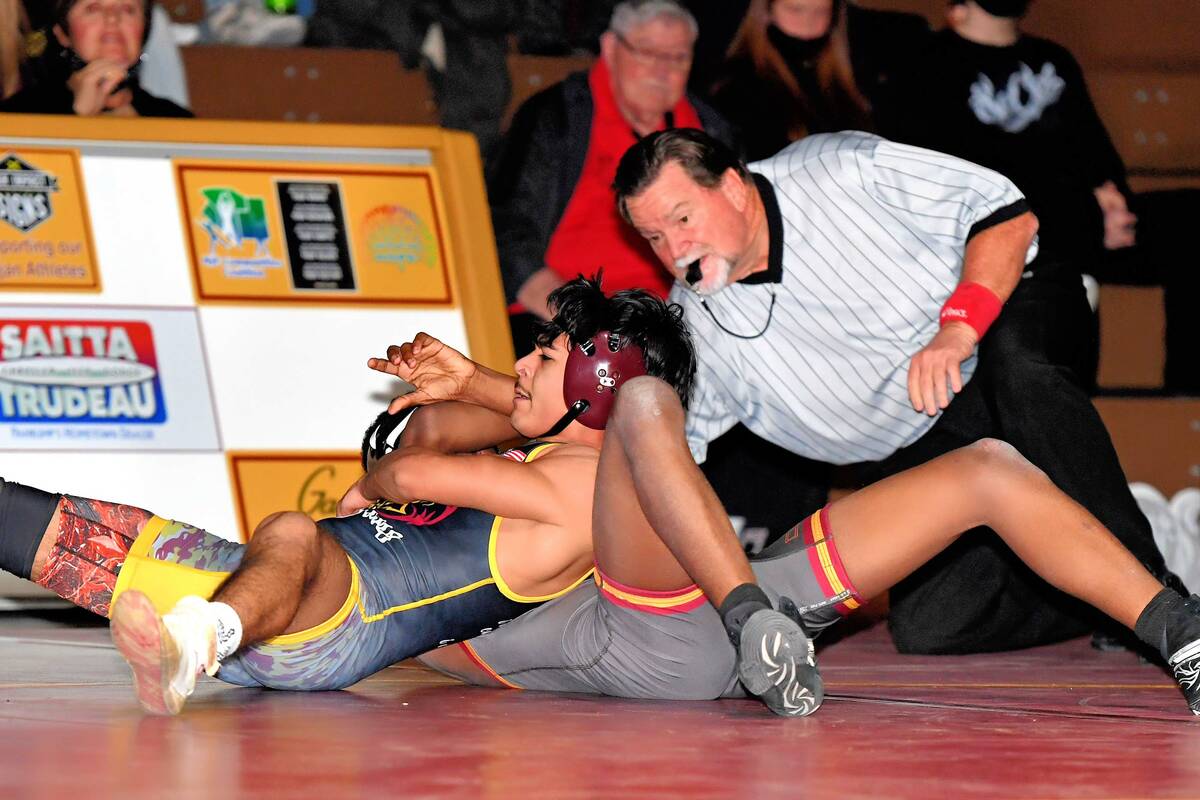 The Pahrump Valley wrestlers participated in a two-day tournament at Chaparral High School over the weekend that featured 26 schools from the southwest region.

Most of the teams that participated in the Chaparral Invitational were from Nevada, however there were schools from Utah and California that traveled to the Las Vegas Valley high school.

The Trojans as a team finished in sixth place out of the 26 schools that participated.

“It was a big tournament with some good talent,” Pahrump Valley wrestling head coach Craig Rieger said. “We learned a lot about how much work we need to put in before the postseason.”

As for individual performances, only two Trojans finished in the top three for their weight classes.

Sophomore Gunner Cortez came in first place and was crowned the champion for his weight class in the tournament. Cortez wrestles in the 132-pound division.

Another sophomore for the Trojans, Brennan Benedict, finished in third place for his weight class. He wrestles in the 138-pound division.

The Trojans are now 20-3 on the season and are currently sitting atop the Nevada 3A wrestling division.

The Trojans only have two more meets, both of which are this week, before they start to get ready for the Nevada regional tournament in February.

As you’re reading this, Pahrump Valley had the first of their two wrestling meets of the week on Tuesday evening against their top opponent of the southern 3A region, the Boulder City Eagles.