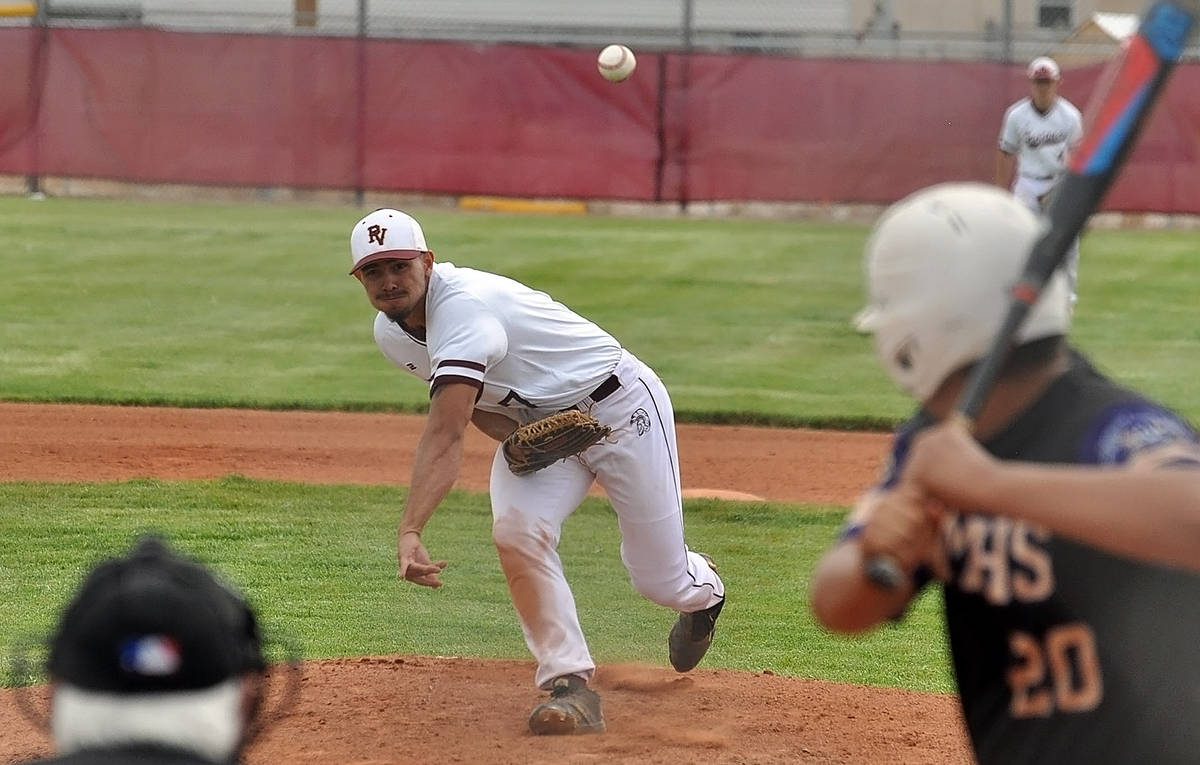 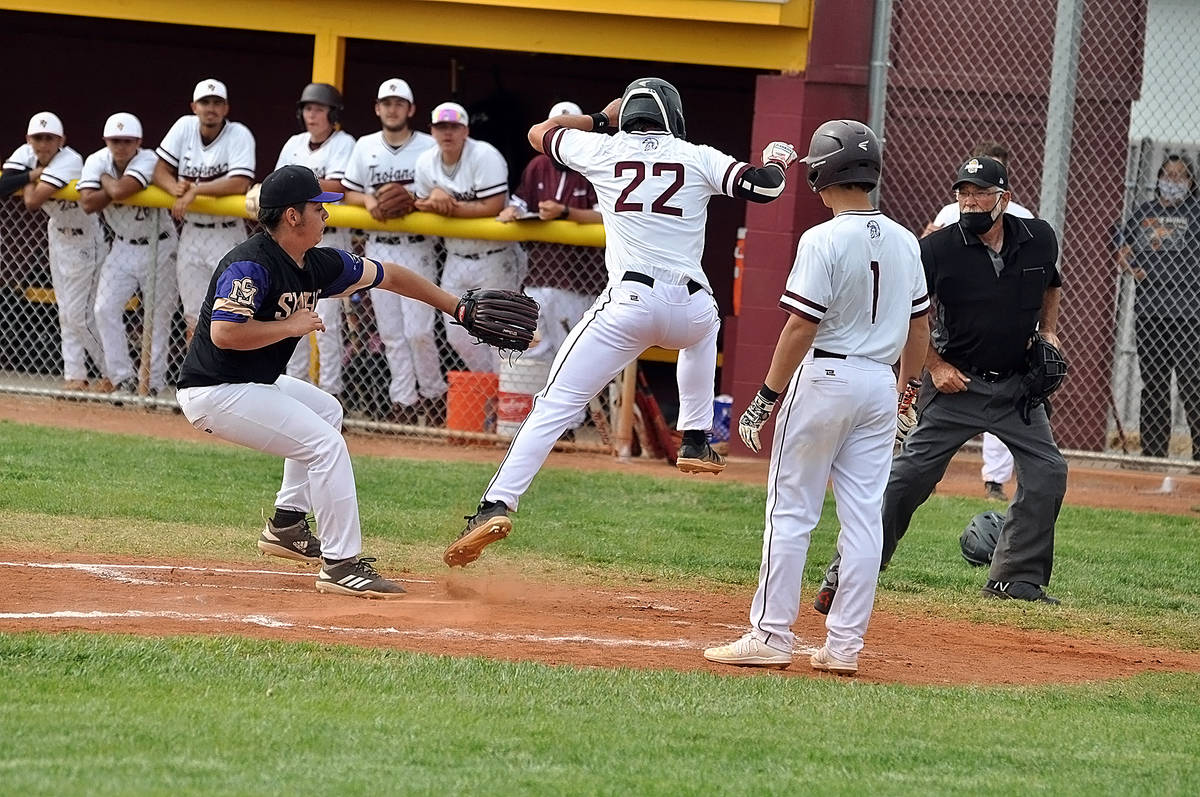 Horace Langford Jr./Pahrump Valley Times Zack Cuellar of Pahrump Valley avoids a tag to score on a wild pitch during the first inning Tuesday against Sunrise Mountain. Cuellar singled, walked, was hit by a pitch, stole three bases and scored three runs as the Trojans defeated the Minors 24-0.

And Sunrise Mountain was not ready for him.

In a game in which he did not need to be at his best, Denton was, retiring all nine batters he faced — striking out eight of them and getting the assist on a weak ground ball toward third for the ninth out — for a 3-inning perfect game Tuesday as the Trojans routed the Miners 24-0 at Rod Poteete Memorial Field.

“He threw strikes,” Trojans coach Brian Hayes said. “He didn’t throw as bad as he did in the Faith game. We had that one bad inning when we gave them a bunch of freebies, and that’s why we wanted to bring him back today, give him a bit of confidence. I don’t know if it did or not.

“We’ve got to make plays behind him, but in this case he didn’t need to worry about his defense.”

The only time his defense came into play was when first baseman Ryan Braithwaite caught Denton’s throw on a ground ball near the mound to end the first inning.

James Metscher’s leadoff at-bat in the bottom of the first summed up the game. The sophomore left fielder walked, then took second when ball four was a wild pitch the Miners were slow to retrieve. Metscher then stole third and scampered home when the throw sailed down the line in left field.

Metscher’s line for the day also told the tale of the game: He went 0 for 1 with 3 runs, 2 RBIs and a stolen base. At one point, Miners freshman Isaiah Bravo walked in three consecutive runs, and Metscher and Braithwaite each drove in runs by getting hit by a pitch.

The Trojans stole 13 bases, few with a throw and a couple when they broke for second only to look back and see yet another pitch head to the backstop. Metscher, Kyle McDaniel, Denton, Zack Cuellar, Braithwaite and Scott Hirschi each scored three times; only three of those 18 runs were scored when the batter reached base with a hit.

There was a bit of offense here and there. Denton and Jake Riding hit back-to-back triples in the second, Coby Tillery hit a 2-run double, McDaniel stroked a 2-run single, and Mason Prunchak doubled in the first. Other than that, an infield hit by Cuellar and a sacrifice fly from Riding was most of the offense that wasn’t gifted by the Miners.

“We don’t really know what to expect,” Hayes said of the shortened season. “You don’t know how much baseball these kids have been playing, what they’ve been doing. Even us, we looked a little rusty in the Faith Lutheran game, and I’m assuming a lot of the teams we’re going to be seeing are going to be not baseball-ready.