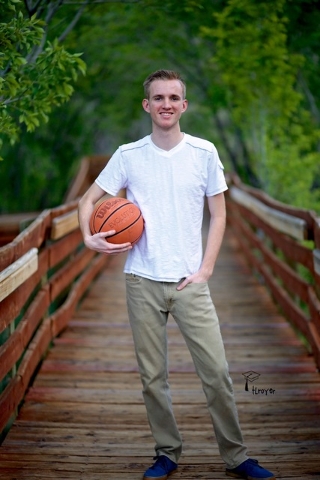 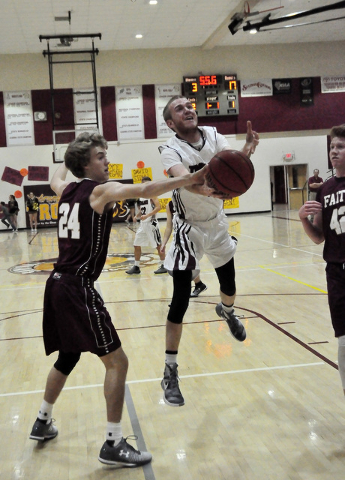 Trojans senior forward Danny Foss signed with Jamestown University on April 30 and will be getting another chance to play basketball at the next level.

Jamestown is a small university 100 miles west of Fargo, in north-central North Dakota.

Foss was the leading scorer for the Trojans basketball team for the past two years. This year he scored 375 points, which is a 16.3 point average.

According to Trojans coach John Toomer, he also led the team in rebounds with 106 and ended the season with 21 assists.

He was selected second team all-league unanimously by the coaches in our league.

“Danny is a great young man and I wish him the best,” he said. “He played in all 23 games that we had this year. I am anxiously waiting to hear about his college career and hoping he has the success that he has worked hard to attain.”

Toomer said coaches would comment on him all year long.

“All the coaches commented to me that Danny could have played for them without a doubt,” the coach said.

It was the constant compliments during the end of the season that made Foss think twice about basketball in college.

“I honestly didn’t think college was a reality until the coaches kept coming up to me from the other teams about playing in college,” Foss said. “They just kept telling me to think about it and so I started making videos of myself playing.”

“It was my friend TJ Milk that told me to look into Jamestown University because he signed with them for football and I got to talking with them,” he said. “They liked my video and then I toured the campus and met the team two weeks ago.”

Jamestown is similar to Pahrump in size. It’s slightly smaller, at 16,000 people and the campus is small with only 1,000 students on campus.

“I like the small town because it’s not crowded,” Foss said. “It’s interesting that 70 percent of the students are athletes. There is plenty to do. There is a river nearby and fishing is big there. I am not too concerned about the winter weather because my sport is indoors.”

Foss said he will be majoring in business.

“You can pretty much do anything with a business major after college,” he said.

The young basketball player said he is playing basketball because of Pat Williams, a Trojans coach last year that never gave up on him.

“He helped me in basketball and always had faith in me,” Foss said. “He has been there for me for the past seven years and he always told me I could play in college and he pushed me.”

Foss said he wishes all the Trojans the best.

“I think the best thing our team can do next year is to go out and get some numbers,” he said. “We need more players. I played with only seven players at the end of the season and yes, this got me in shape for college ball, but if the program is to continue we need more players to come out. Remember, just think of playing for the fun of it, and not the outcome and you will be OK.”