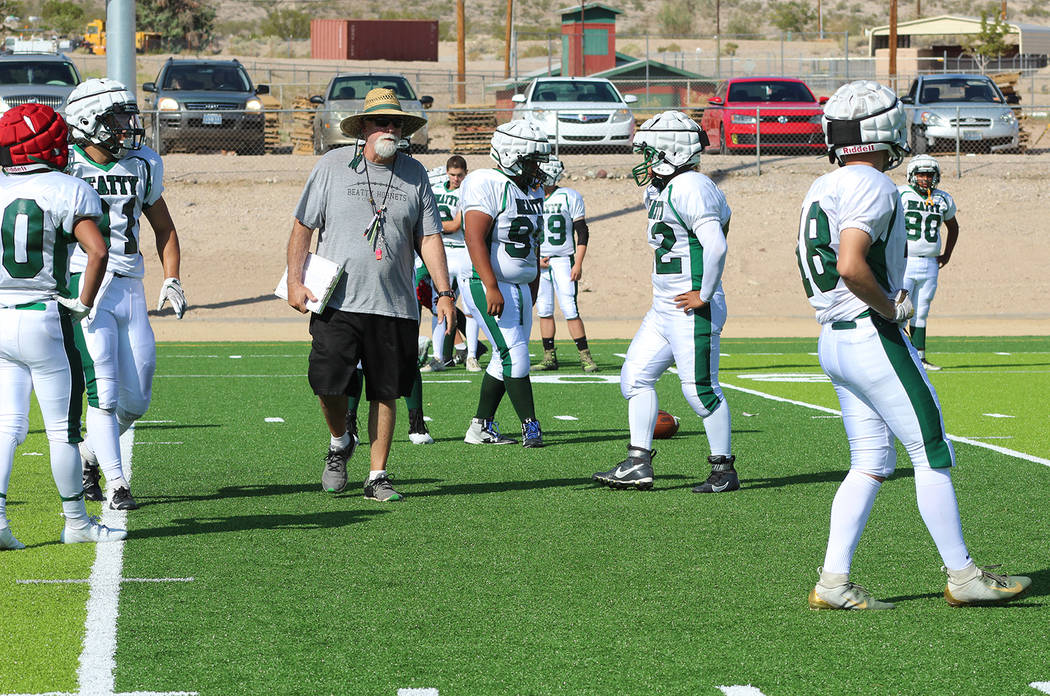 Last year, the Beatty High School football team had a strong case for being the best Class 1A team that did not make the playoffs.

Playing in the same league as Spring Mountain and Pahranagat Valley is a rough task, and even last year’s talented group couldn’t get over the hump and reach the postseason.

Consider that the Hornets lost to the Panthers 58-22 and the Golden Eagles — the eventual state champions — 61-14, but outscored their other six opponents 262-82. They held five opponents to single digits in points in going 6-2 overall, 3-2 in the 1A Southern League.

The good news is that team didn’t have too many seniors. The bad news is the seniors they had were outstanding football players. Who will step up and fill their very large shoes will begin to get sorted out when preseason practice begins Aug. 7.

Once again, old rivals Beatty and Tonopah will not meet on the football field after realignment before last season placed the Muckers in the new Central League while leaving the Hornets in the Southern. But they will have a Nye County foe on the schedule, as they head north to Round Mountain for their opener Sept. 6.

The Hornets and Knights did not play last year, but the meetings in 2017 and 2016 were both shutouts by Beatty.

The Hornets will play six of their nine games at home, including their first two league games Oct. 4 against Green Valley Christian and Oct. 11 against Beaver Dam. Spring Mountain and Pahranagat Valley also will make the trip to Beatty this season, with the Golden Eagles coming in Oct. 18 and the Panthers closing out the regular season Nov. 1.

The Hornets have lost more than two league games just once since 2013, but realignment helped to end their streak of four consecutive playoff appearances last fall. Their last league championship was in 1996, also the year they last won a state title.