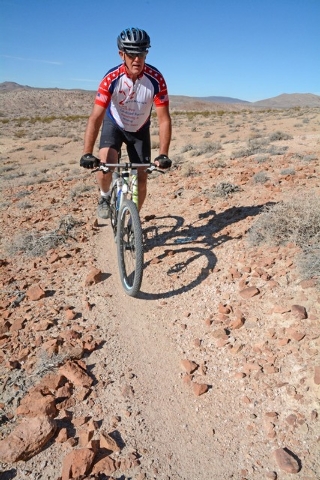 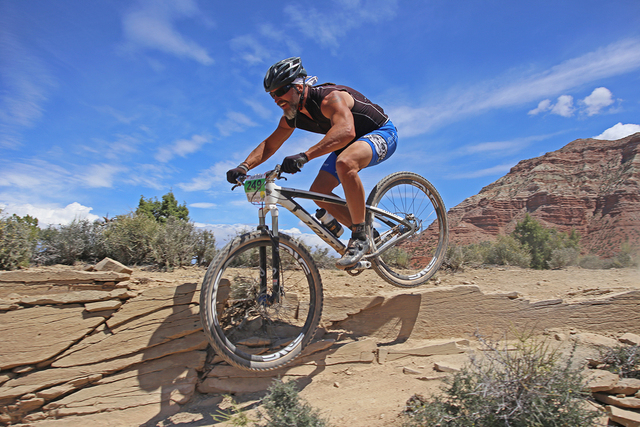 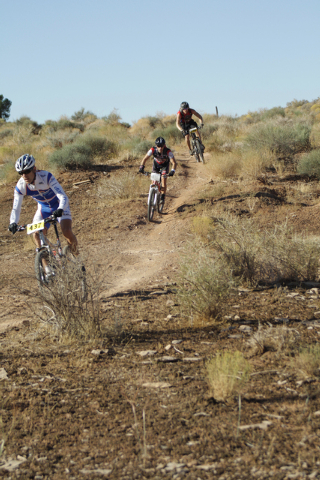 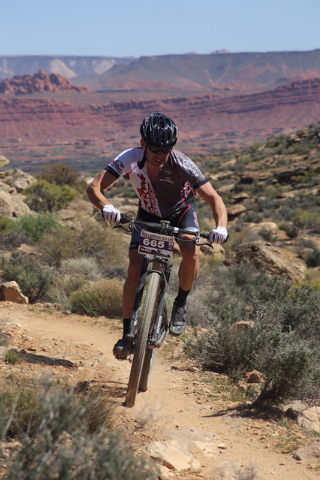 A rancher in the Beatty area has formed a nonprofit organization with the vision of turning the Oasis Valley into a state and national mountain biking destination.

David Spicer of Spicer Ranch has formed Saving Toads through Off Road Racing, Ranching and Mining in Oasis Valley, or STORM-OV, to direct a project to build 300-to-500 biking and hiking trails through the Beatty area. One of the goals of the effort, called the Beatty Community Recreational Tourism Enhancement Project, is to use trails to connect Beatty with Rhyolite and eventually Death Valley.

Spicer believes the development could bring a lot of money into the Beatty area, but Beatty is not the only community that would benefit from the project.

Nye County Commissioner Lorinda Wichman is in favor of the proposal and is already dusting off her mountain bike. She says she backs projects which will also benefit communities surrounding Beatty.

“Obviously, with our budget crisis my criteria is if any project brings in new money to Nye County then I will back it,” Wichman said. “Then I will also look at how this project will affect the residents of Nye County as a whole and how they will benefit from a project. This project will not only affect Beatty, but it will affect the whole county and that is the affect I am after.”

Spicer agrees with Wichman and said Pahrump and Tonopah should see an increase in traffic. This means more revenue for the hotel industry and service industry in both areas.

“This is an exciting project and it will make a huge difference to all of us,” he said. “We want multiple events going on. If we get new trails we can hold bike races, marathons and horseback riding events. It creates an epicenter here in southern Nye County which will affect every community around us.”

STORM-OV hopes to get approval of a $150,000 Community Development Block Grant by Nye County on Dec. 16 for phase one of the project. Annually, the U. S. Department of Housing and Development makes approximately $2.2 million to $3 million available for grants for communities in Nevada’s 26 non-entitlement cities with populations less than 200,000.

Wichman said the county will approve three projects and then send their picks to the governor and he will choose projects until he is out of money in March.

In the grant application, the town of Beatty describes its financial outlook as “in an economic state of decline.” It adds that there is very little economic diversity in the town to attract new residents and tourists. The application says there is a need for this plan because, “The recent situation has become dire, with the closure of the only branch bank in the town of 1,049. It closed because the town is not generating enough retail income.”

Washington Federal, formerly a Bank of America branch, closed the only bank in Beatty in mid-November.

Spicer is slowly getting the word out to the surrounding communities and is also building a coalition of businesses for financial support. One of those partners is Barrick Gold, who pulled out of Beatty in 1998. Tim Buchanan, Director of Corporate Social Responsibility for Barrick Gold, explained the relationship his company had with the town.

He said Barrick was in Beatty for years at the Bullfrog mine and said Barrick still has a good relationship with the community.

“We want to give back to the community and say thank you. We want to help insure that there is an economic life beyond us and one that helps the town stay healthy,” Buchanan said. “The project has very significant potential. I have been coming to the Beatty, Death Valley area since the 1960s. I love the area. And the outdoor recreational opportunities are greatly under-appreciated. Beatty is the hub and has the potential to bring more people to the area than Death Valley does.”

STORM-OV is hoping to reap the benefits of trail development like the towns of Moab, Utah; Fruita, Colo.; and St. George, Utah, communities that have developed trails to take capture an increasing number of eco-tourists seeking their thrills in nature.

“I have been to all of those towns and the transformation that occurred and the money coming into them, the events, the kids, it’s happening,” Spicer said. “I brought in professionals, hired them, and paid them to answer that question. It is real, and it could happen here. They drove the existing trails and they said it absolutely can and will work.”

Troy Rarick, with Over the Edge World Group, has seen what mountain biking has brought the small town of Fruita, Colo.

“Fruita was bankrupt in 1989, I bought the corner building for $26,000 (now worth $400,000-ish) and mountain biking turned the empty downtown into a bustling downtown with 2 brew pubs, several restaurants and cool shops in less than 20 years,” Rarick said.

He said mountain biking has brought nearly $42 milliion per year to the Mesa County area. The Fruita population has gone from 2,600 and has jumped to over 12,000 people.

The professionals Spicer invited in were from the International Mountain Bike Association. They spent a week in Beatty and concluded that the area had the geologic features, a community with adequate amounts of owned property that infrastructure could be built on, a close position to the national park, could get enough volume from the park and close proximity to Las Vegas.

Spicer wants keep the tourists in the town. He believes by establishing a bike hub in Beatty that this can happen and it will prevent the tourists from just seeing Rhyolite and then driving back out of town.

Spicer feels over the past 20 years there has been a huge drop-off of events between Beatty and Death Valley.

“I have lived here all my life and we used to have square dancing competitions, walkathons and other events that are now all gone. Nothing has happened in the last 20 years,” he said.

Cimarron Chacon, a consultant with Gro Promotions, designed all the trails in St. George, Utah where she now resides. Her company and IMBA are the main consulting firms helping with the Beatty project. Chacon is the trails consultant.

“Not getting the grant will not kill this project because this project has developed a life of its own because it’s such a brilliant idea,” Chacon said. “All sorts of businesses and community members are on board. It would certainly enhance the project. It will help the project go further faster and insure the long-range plan.”

She said the first trails are scheduled to go in this spring. They will be built on private land from the Spicer Ranch that Spicer is donating to the project. This is speeding up the process because STORM-OV will not have to go through as many environmental hoops.

Carl Olson, the caretaker of Rhyolite said he went and listened to a presentation by STORM-OV on the project.

“It was a great presentation,” Olson said. “The way they would interlock them through (the trails) and bring them out to Rhyolite and past the train station. It’s a great idea. I know my own little community up north and the money they get out of mountain biking. They are just riding old forest service trails and not planned routes. I think this is a good thing for the town.”

Olson’s only concern was whether or not the mountain bike trails would take away from trails established for the motorized off-road community.

Chacon said the trails are planned so they don’t interfere with the motorized community or take away from existing trails. She also emphasized that the trails would be designated for non-motorized use and not just mountain biking.