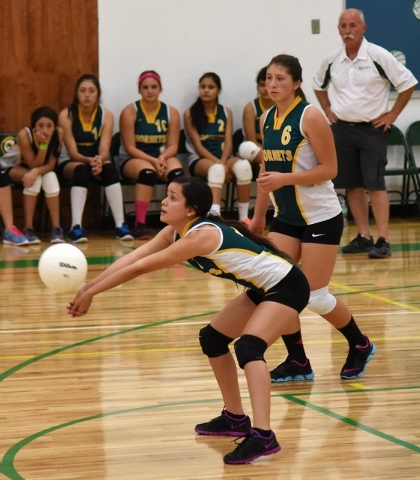 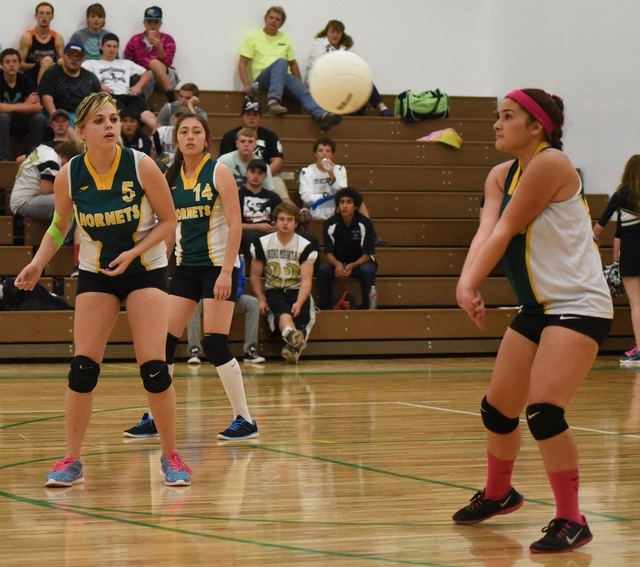 In Division IV volleyball, the Hornets are on their way to a winning season, taking care of Round Mountain last Friday.

Hornets Coach Dale Lerbakken was disappointed in the scores, but happy the team won.

“We played OK against Round Mountain,” he said. “I really feel the girls have not shown any opposition how tough we can be. I could list a number of reasons why, but that would be justifying why, when we should be dominating the weaker teams and being competitive with the better teams.”

Lerbakken believes he has the talent to win on his team, but wishes the girls realized this too.

“We have no excuse with the athletic talent we have,” Lerbakken said. “I hope they soon come around and realize it.”

“The rest of the games will all be tough if we continue playing the way we are,” he said. “I am confident they will turn this around and get back on track.”

The coach said he had good serving from Claudia Granados, Anel Gamboa, Erin Young, and Rocio. Beatty will be at Tonopah (6-6, 4-2) tonight at 5 p.m. The two teams are evenly matched.