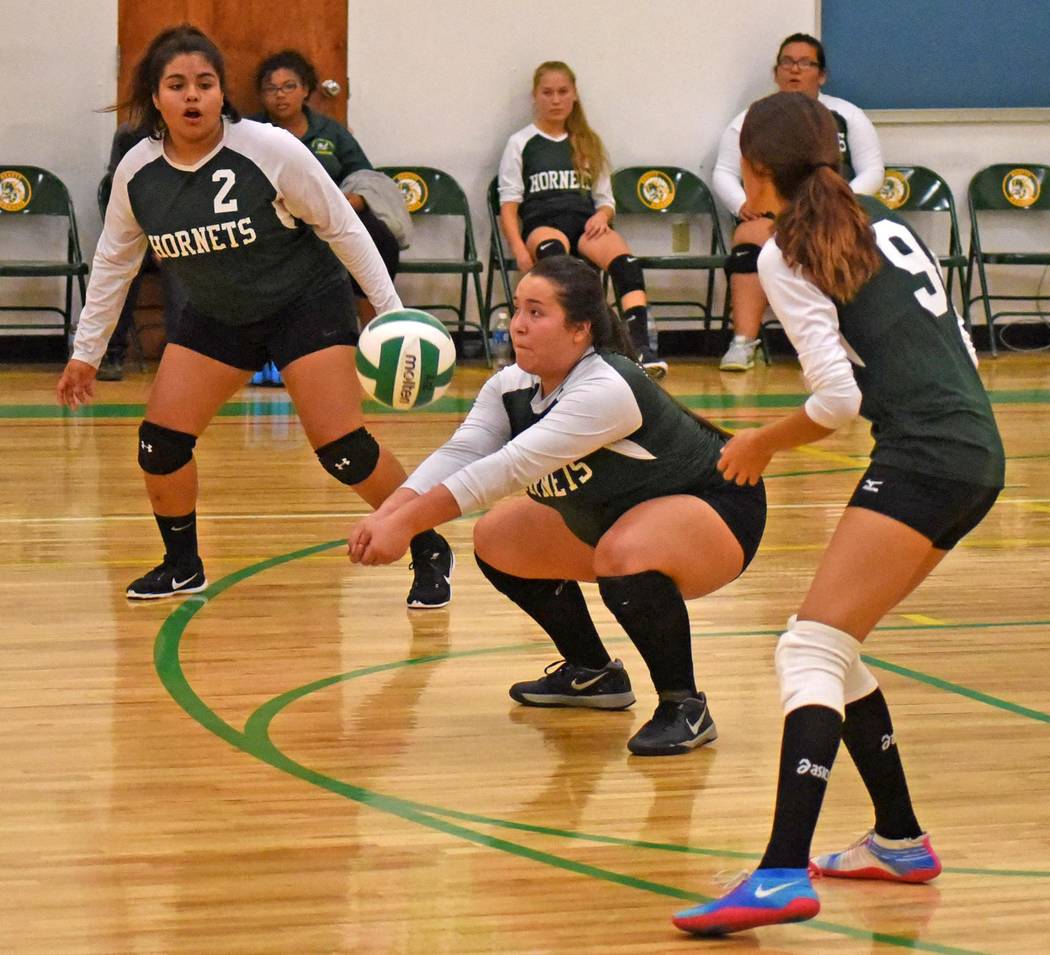 Richard Stephens/Pahrump Valley Times Ari Oseguera gets a good bump on the ball against Tonopah last Friday. The Hornets lost to the Muckers in four sets. 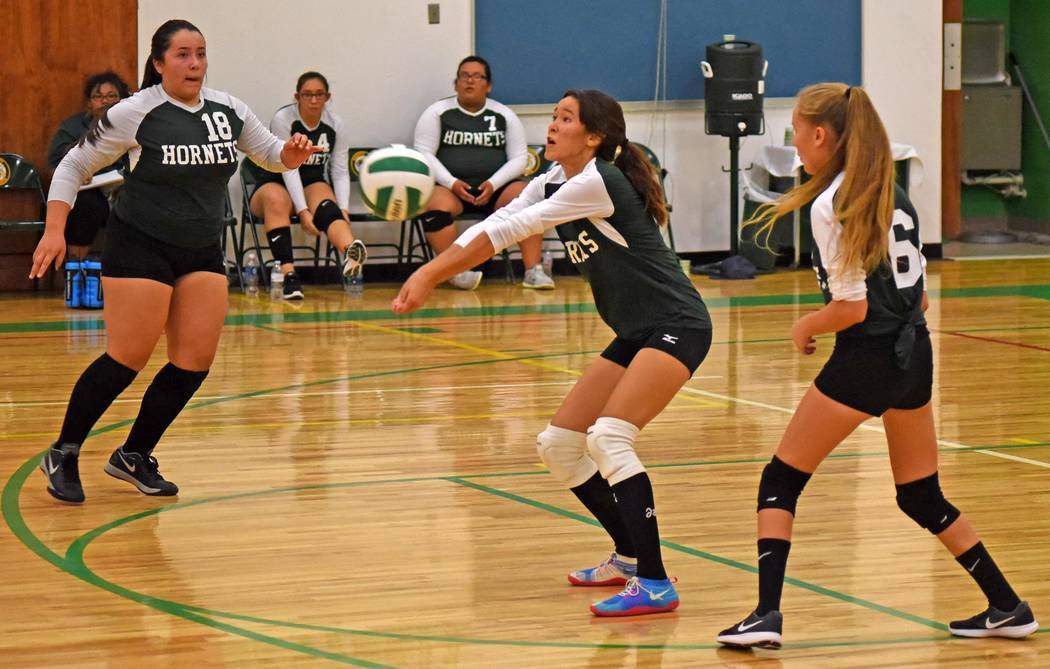 The Beatty High School volleyball team had a tough match against Tonopah.

“We were not ready physically or mentally to beat a team of that caliber,” he said. “Offensively, we were attacking but our weakness was our serving. Typically it is our serving that keeps us in the game but this time it was our offensive attacks.”

On Friday, the Muckers let their offense do the talking. Senior Tori Fitch served 13 points and junior Lauren Klapper scored 11.

“I was very happy with our serving, passing and attacking opportunities on offense,” Muckers head coach Melissa Jennings said. “Delaney Friel (junior) and Mandy Katzenbach (soph.) had 29 and 35 attacks, and seven kills each, along with Beca Mancha (senior), but Lauren Klapper led with nine kills. Our middle blockers were effective against the Hornets’ outside hitters, but we know the Hornets have a young team and we have to play better. Overall, I am satisfied with the win and happy with the improvement in our team.”

Jennings made Delaney Friel the player of the game for her offensive efforts.

“Delaney’s many attacks, kills, blocks, and great serves helped our Lady Muckers to this win,” the coach said. “She is always willing to work hard in every position. Delaney is a versatile, consistent player and asset to our team.”

“Tonopah’s defense was exceptional,” the coach said. “They covered their spots and moved quickly, and ultimately they would wear us out. Defensively we had worked on our net play and making sure our coverage got to their spots, however that did not show during the game. We were in the net and out of position a lot. We still have a lot of developing to do and these girls know that and even better they want to.”