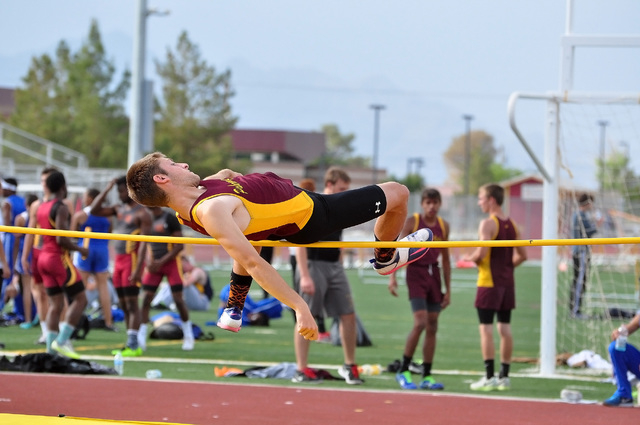 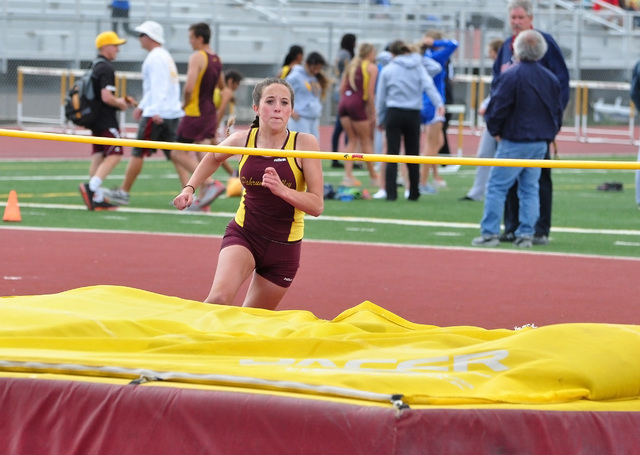 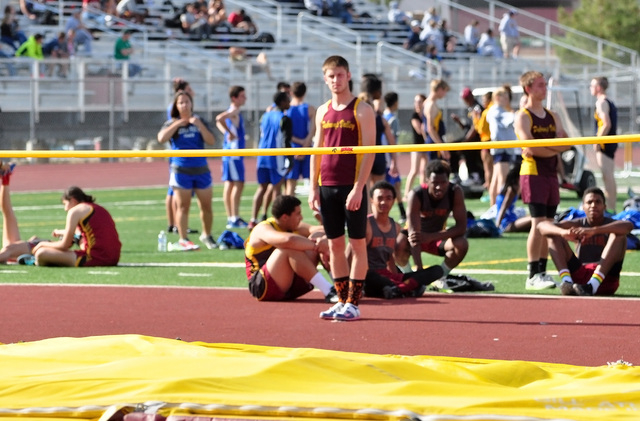 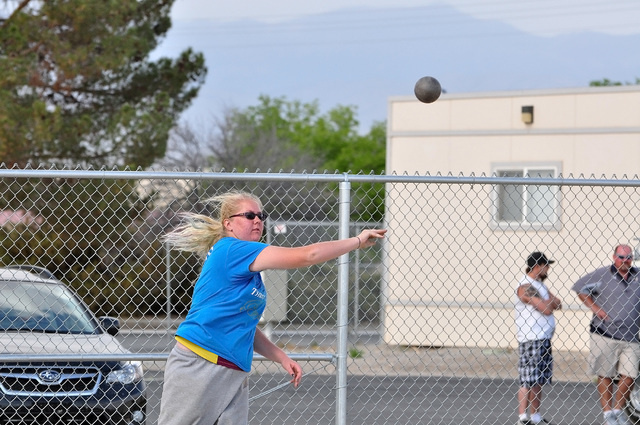 The Pahrump Valley boys track team is tearing things up in long-distance running. The Trojans went to Del Sol in Las Vegas on Tuesday to compete against four Division I-A teams. Pahrump finished second (106), Del Sol was first (117.5), Chaparral was third (95) and Spring Valley was fourth (55.5).

“Bryce Odegard and Layron are pretty much starting where they left off last year, but better,” Icard said. “Then we have new runners, like freshman Sergio Rincon.”

Something that the Trojans are trying to change is the lack of sprinters.

“In the sprinting department, the Trojans boys have had a hard time getting someone to run under 11 seconds,” Icard said. “We had some girls fast enough last year, but we are now having a hard time getting girls out there too. For the boys, Dylan Montgomery could probably run the 100 meter but he is doing so much as it is.”

Despite lacking sprinters, the Trojans boys pretty much swept middle-distance and long-distance runs.

In the high jump, Devlin Dillon finished in third (5-06).

The Lady Trojans finished third out of four teams (126), Del Sol was first (168), and Spring Valley was second (131). The girls are also short on that sprinter who can break 12 seconds and rely heavily on the distance and field eventers to bring home the points.

Icard said he is waiting for two more runners to get off the injured list and his distance running will get more points.

“Right now Sydney Dennis and Vaniah Vitto, both strong distance runners, are out with injuries,” the coach said.

“She is doing a great job filling in for Sydney Dennis,” Icard said.

The Trojans are at the Liberty Invitational on Saturday in Las Vegas.