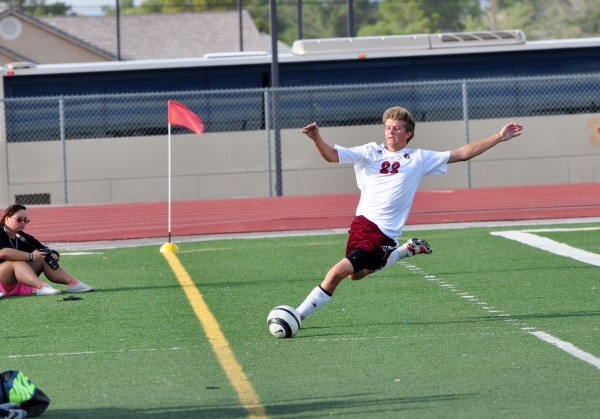 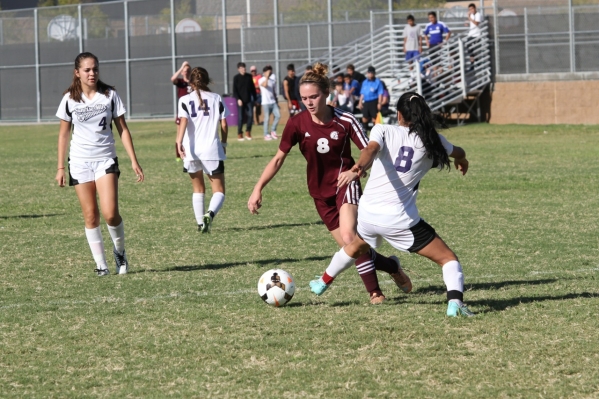 The Trojans boys soccer team (4-3 overall) easily won their non-league game 4-0 against Adelson school (4-3 overall) on Wednesday. According to Trojans coach Wes Icard, the team needed this game to build up their confidence after coming off a tough road trip up north, where they played in the Spring Creek soccer tourney and went 1-2.

“Adelson was a pretty easy win for us, but it was good for us because it gave us a chance to calm down, play our game and pass the ball,” Icard said. “We were relaxed during the game.”

Pahrump scored two goals in the first half and two in the second.

During the road trip the team played Elko and beat them 4-2 in overtime, then lost to Douglas 4-0 and a team from Idaho, 4-1.

Despite the losses up north, the coach feels the team is still growing.

“They are getting better with each game,” he said. “And they are not getting as rattled when they fall behind. They are still young and need to get more confidence.”

One player that Icard feels is gaining more confidence is the goalkeeper, Nick Harris.

“He is getting better and better and doing a great job for us,” Icard said.

The Trojans’ first league game will be at home against Mojave at 4 p.m.

The coach said he didn’t know too much about the Mojave team other than they won both games last year.

“I want my team to play the same game plan they have been playing, moving the ball around in the back and pushing it forward,” Icard said. “We have to be patient and not force the ball.”

Adelson game scoring: Kevin Pereira had one assist, Bailey Crawford had one assist and Bryan Jacot had one assist. Crawford scored two goals, while Jamie Garcia and Benito Gomez each had one. Nick Harris had six saves.

Trojans coach Pam Larmouth was satisfied with the team’s performance.

“They did a great job and the team pulled together and played hard, she said. “The heat and humidity played a huge role as I was having to sub after 7 – 10 minutes.”

The coach said she wants to continue the momentum on Friday.

“We were able to bring up two players, Autumn Chaffee and Grace Gundacker that have been playing with us onto the varsity team,” Larmouth said. “They were amazing both in Mesquite and at Sunrise.”