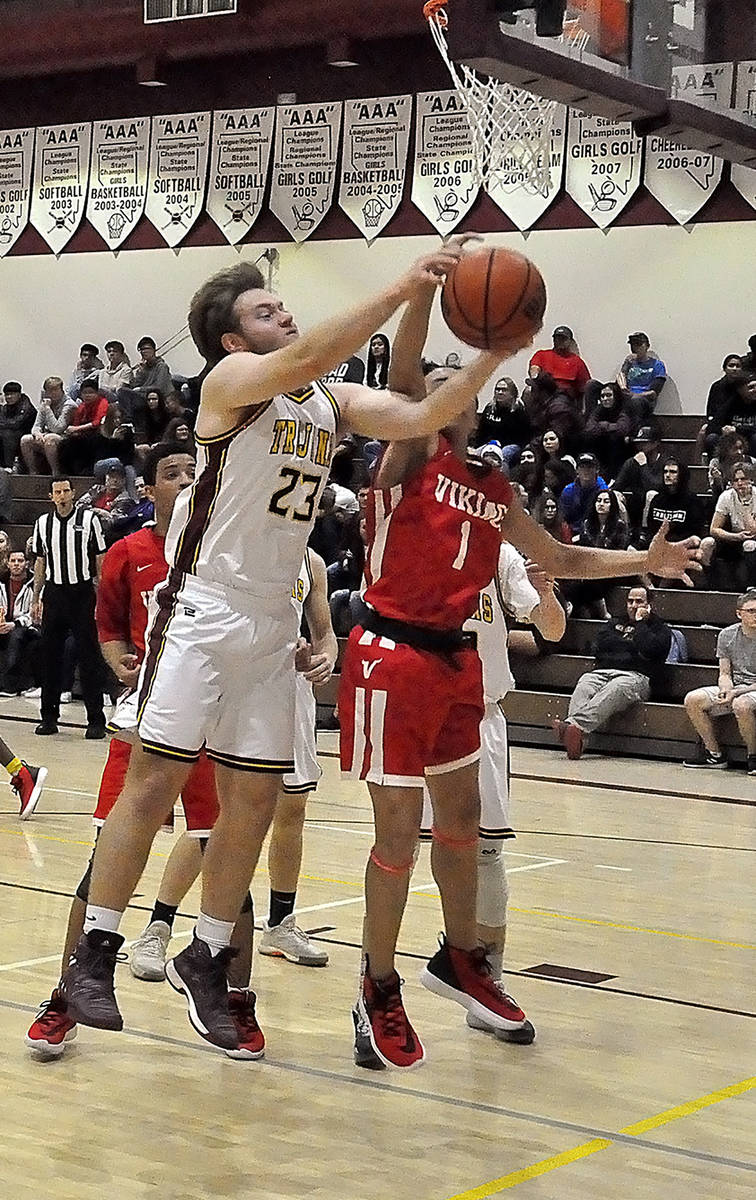 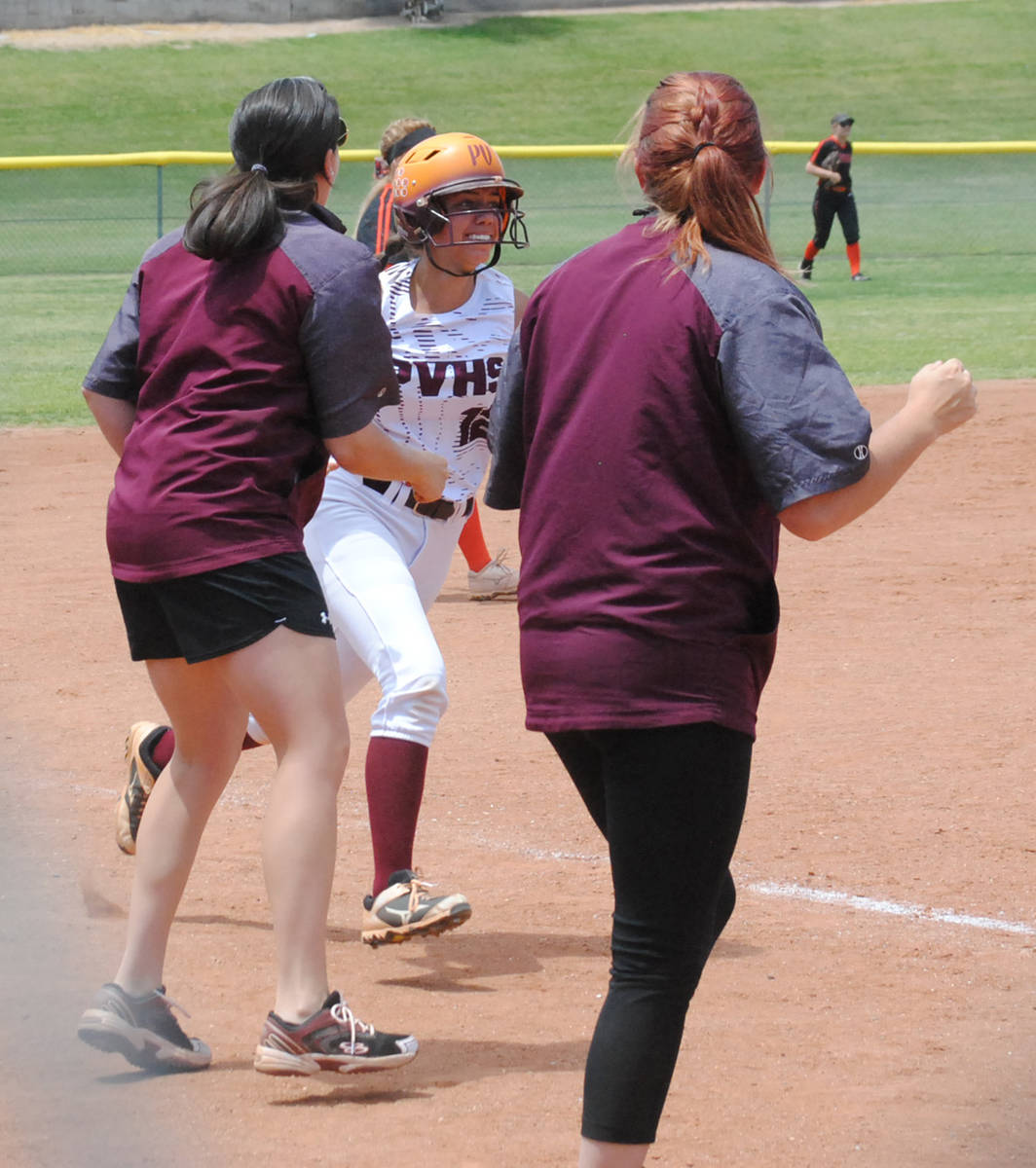 Cassondra Lauver/Special to the Pahrump Valley Times Kaden Cable, shown rounding third after hitting the game-winning 3-run home run in the eighth inning of the Class 3A state championship in 2019, was voted by coaches as the Pahrump Valley High School female senior scholar-athlete of the year.

Koby Lindberg, who participates in soccer, basketball and golf, and Kaden Cable, who plays softball and volleyball, were named Pahrump Valley High School’s senior scholar-athletes of the year.

“Koby and Kaden were voted the winners by the coaches based on academic achievement (GPA, class rank, etc.) and athletic participation,” said Jason Odegard, the athletic administrator at PVHS. “Typically, it is students who have been participants during multiple seasons and maintain high academic achievement.”

Cable will be remembered for a long time as the player who hit the two-out, game-winning home run in the bottom of the eighth inning as the Trojans defeated Fernley 13-10 to win the 2019 Class 3A state championship at Virgin Valley High School. She also played on the Trojans volleyball team.

The scholar-athletes of the year will have their names on plaques on the wall outside of the gym at Pahrump Valley High School.