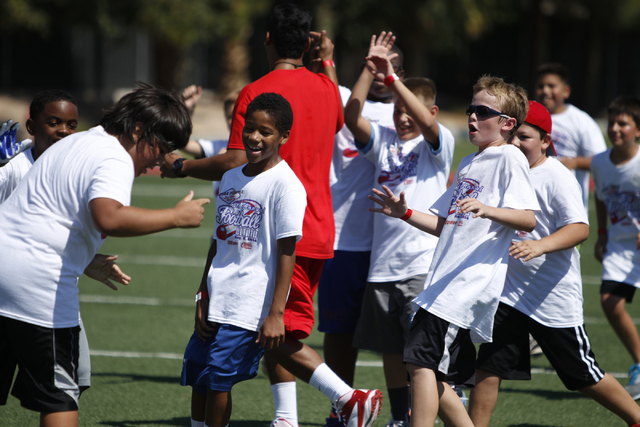 Erik Verduzco/Las Vegas Review-Journal The survey polled parents in the U.S. and Canada of kids in organized sports programs across a broad range of categories including baseball, basketball, football, hockey and soccer. Results were announced by FlipGive.com. 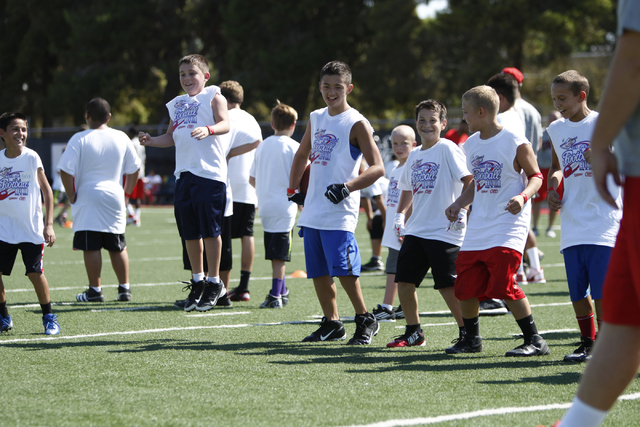 Erik Verduzco/Las Vegas Review-Journal Survey results showed that 87 percent of parents are stressed by the costs, and 47 percent allocate between 10 percent to 25 percent of annual budgets to kids’ sports. Results were announced by FlipGive.com.

A recently released survey highlights the price that parents are paying to keep their kids in sports programs.

The survey, which polled parents in the U.S. and Canada of kids in organized sports programs across a broad range of categories, including baseball, basketball, football, hockey and soccer, confirms the widely-held view that sports programs have become too expensive, putting major stress on families.

Results were announced earlier this year by FlipGive.com, a cash-back site for youth sports teams that facilitates fundraising through online shopping.

Results showed that 87 percent of parents are stressed by the costs, and 47 percent allocate between 10 percent to 25 percent of annual budgets to kids’ sports.

The benefits of physical activity for mental and physical health cannot be denied, however, with reduced governmental spending on in-school programs, parents are left footing the bill for costly after-school and tournament-driven programs.

Of parents surveyed, 84 percent of them have resorted to after-school programs to keep their kids active.

To offset costs, parents are making major trade-offs, primarily in the areas of entertainment (92 percent reported a reduction in spending) and travel (74 percent), but also in essentials like savings (41 percent) and clothing (49 percent).

“Extra shifts, second jobs, foregoing groceries, selling family possessions – these are the lengths parents go to give their kids access to a sport they love,” said Mark Bachman, co-founder and CEO, FlipGive.

“Parents are really burning it at both ends,” continued Bachman. “The things they would do to alleviate stress are actually being cut back,” he said.

In June of this year, FlipGive partnered with eight-time NBA All-Star Dikembe Mutombo as a shareholder and global ambassador in an effort to help ease these concerns.

FlipGive and Mutombo’s goal is to help raise $100 million for youth sports over the next five years. Since its launch in 2014, FlipGive has already helped raise nearly $10 million for groups and teams.

“I’m thrilled to be a part of FlipGive because together we can help more kids remain active and engaged in sports,” Mutombo said. “Too often I’ve seen talented athletes unable to move forward without proper funding. By working with FlipGive, I’m able to highlight the importance of youth sports and educate younger generations on how they can achieve their athletic goals through effective online fundraising.”