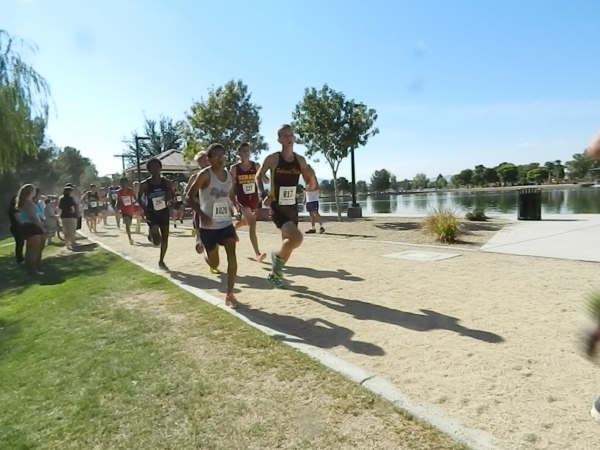 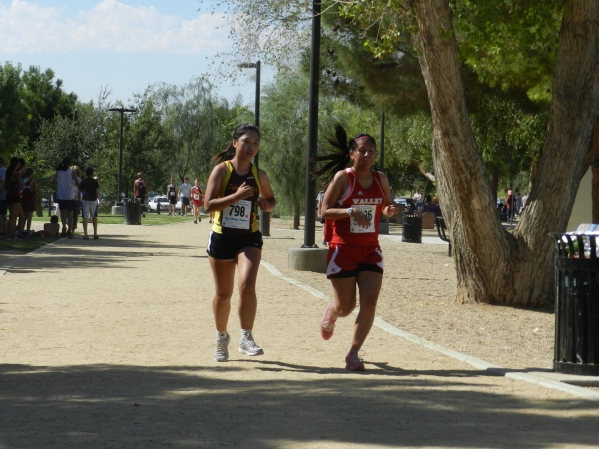 “I was very pleased with Odegard’s efforts,” the coach said. “He ran so well and was honored with the Yellow Jersey award, which is handed out by RunnerSpace.com.”

RunnerSpace.com is dedicated to providing its readers with news, results, photos and videos of Nevada high school track and field as well as cross-country runners.

The invitational was held at Sunset Park in Las Vegas and had 56 teams.

The Trojans boys team finished in fourth place with 114 points out of 13 teams in the small schools division. Faith Lutheran was in third (98), Hurricane, Utah finished second (48) and Clark was first (43).

Odegard said he has a plan when he runs.

“I just go out and run my race and I am not concerned too much with who is in front,” he said. “The Sunset course was a fast course, but it felt like any other race.”

The girls cross-country team also did well, finishing fourth out of eight teams with 109 points. Clark was third (82 points), SECTA was second (47), and Faith finished first (24).

Kolodziczyk started off with only five runners and has built up the team to nine runners. He said Descuatan continues to improve on her time.

“I really didn’t know that I had run that much faster than last time,” Descuatan said. “I just ran the same. I guess I really like this course. The time surprised me.”