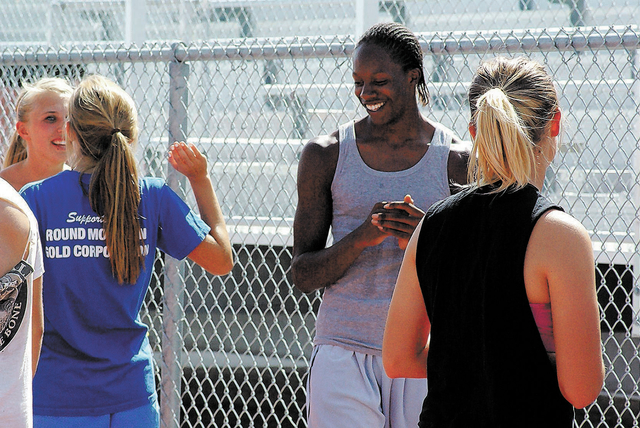 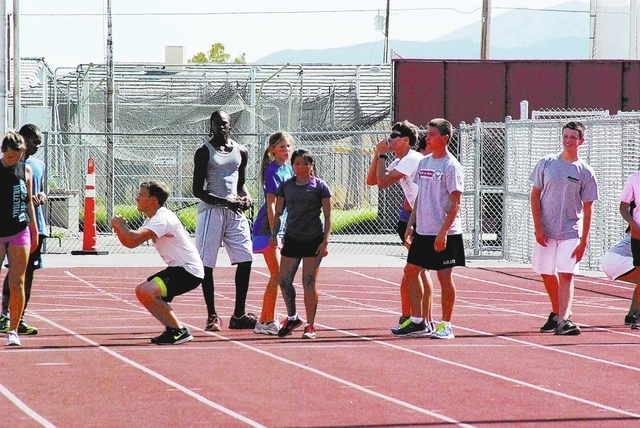 “I was pleased with our performance,” he said. “We had some circumstances with the road being washed out. I had to make some phone calls. That might have played a little factor, but not too much. We have some times that we can work with now.”

The girls team is laden with talent in runners like Stefanie Thelaner, Jackie Sanchez and Melanie Lawdensky. The girls finished in seventh place with six Division 1 teams in front of them. The team was the top finisher for Division 1-A.

“It’s my first time doing distances,” Montgomery said. “It has been really hard on my body. My body is used to going 100, 200 and 400 meters and then stopping. I have been practicing all summer so my body is fine now. On our first meet I was really nervous. The first meet was the hardest thing I have ever done.”

Montgomery said this exploration into cross country running may lead to middle distance running during the track season. He said he may look into running the 800-meter run.

Kolodzieczyk had some good words for his new runner.

“Devon finished in 22 minutes and he is a sprinter so he is getting used to the distance. He is used to expending all his energy in about a minute, so now he has to spread that over three miles.”

Kolodzieczyk is looking forward to the next meet, which is on the championship course in Boulder City at Veterans Memorial Park for the Las Vegas Invitational. This is a course the team is used to running several times a year and it should do well.

“It’s a course that will offer a lot of different terrain for the runners. We will see how the new runners do. I think we do better in the longer ones. We are starting to kick up the mileage,” he concluded.

The meet is this Saturday, Sept. 7 and 39 teams will be there.