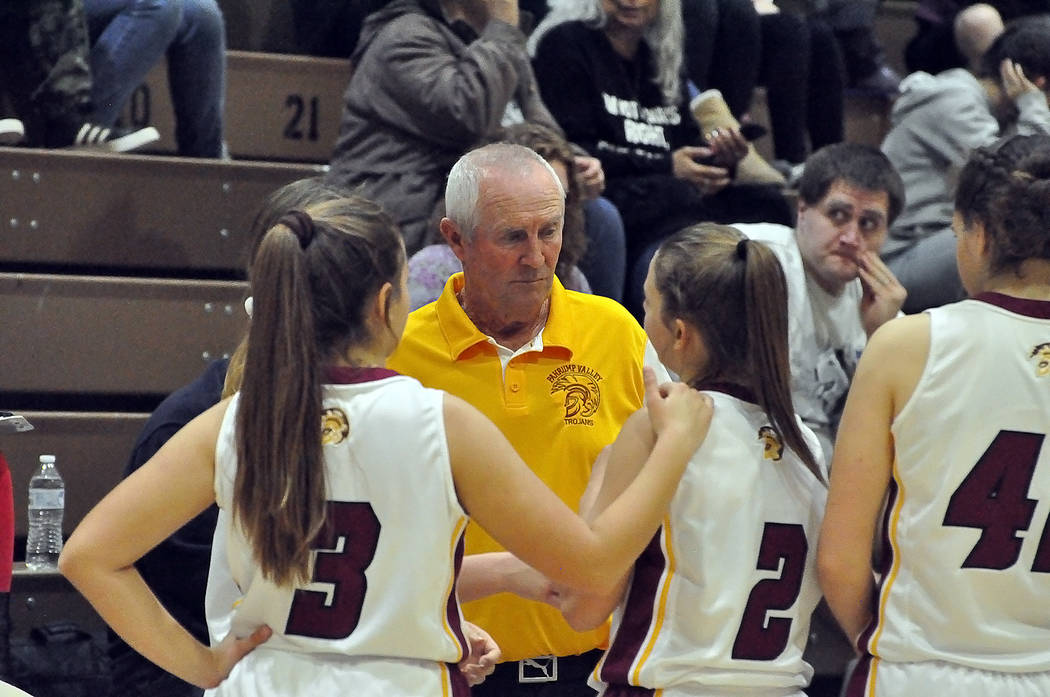 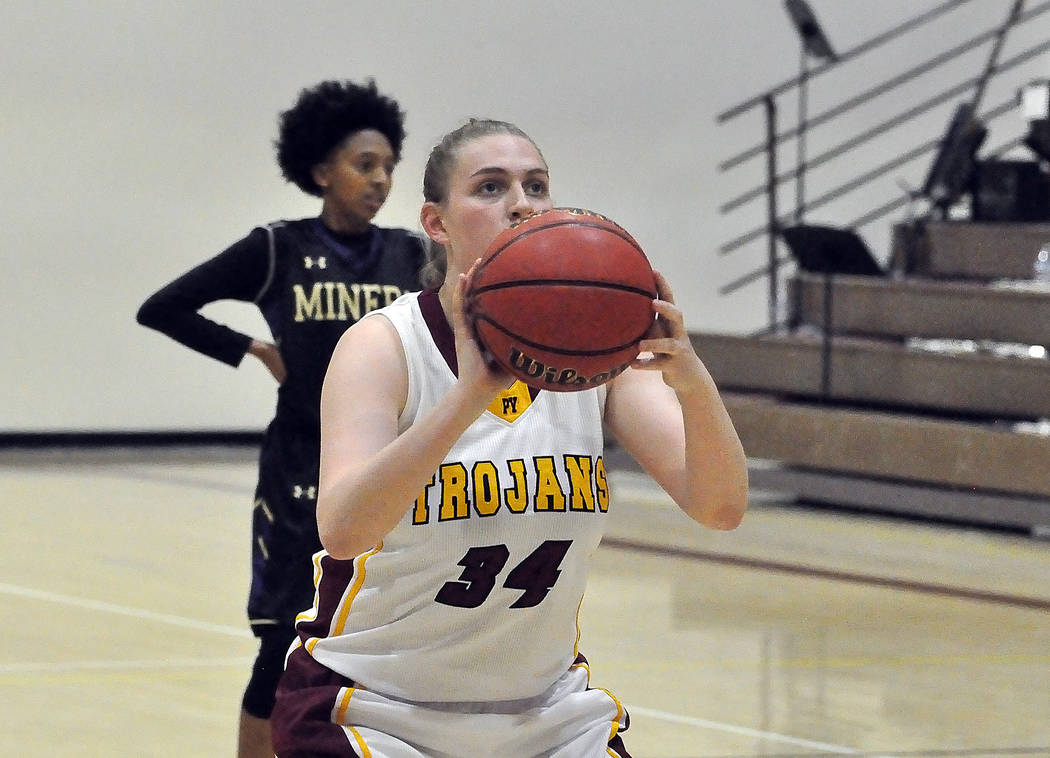 It might not have been pretty, but it was good enough for the Pahrump Valley High School girls basketball team.

Sophomore forward Kate Daffer registered a double-double with 12 points and 13 rebounds and freshman guard Tayla Wombaker chipped in 10 points as the Trojans handed Chaparral a 45-39 defeat on Tuesday night in Las Vegas.

“We didn’t play very well, I think we were 17 for 48 on basically layups,” Pahrump Valley coach Bob Hopkins said. “That happened about every game. We were getting the ball in there, and we just have to be able to score.”

The Trojans won with the more balanced attack, as the Cowboys relied heavily on senior guard Emani White for more than half of their offense. The 5-foot-5 White accounted for 20 points, leaving Hopkins frustrated with his defense.

“Not as good as it should have been,” Hopkins said of his defense. “They’ve got a left-handed girl, and we couldn’t seem to make her go right. We forced her to go left all night. We couldn’t decide where her left hand was, I guess.”

Figuring out how to stop White wasn’t the only problem Hopkins had with the Trojans’ performance.

“We had some turnovers we probably shouldn’t be getting either,” he said. And the free-throw shooting didn’t help, either. Pahrump Valley hit on just 8 of 17 attempts from the line, slightly worse than the 9-of-16 effort from Chaparral.

The final margin of 6 points was also the final margin of the second quarter, as the Trojans outscored the Cowboys 14-8 during the frame as Wombaker netted 5 of her points. Daffer balanced her scoring, getting 6 points in each half.

So while style points were few, the end result worked out, and Hopkins will take that every time.