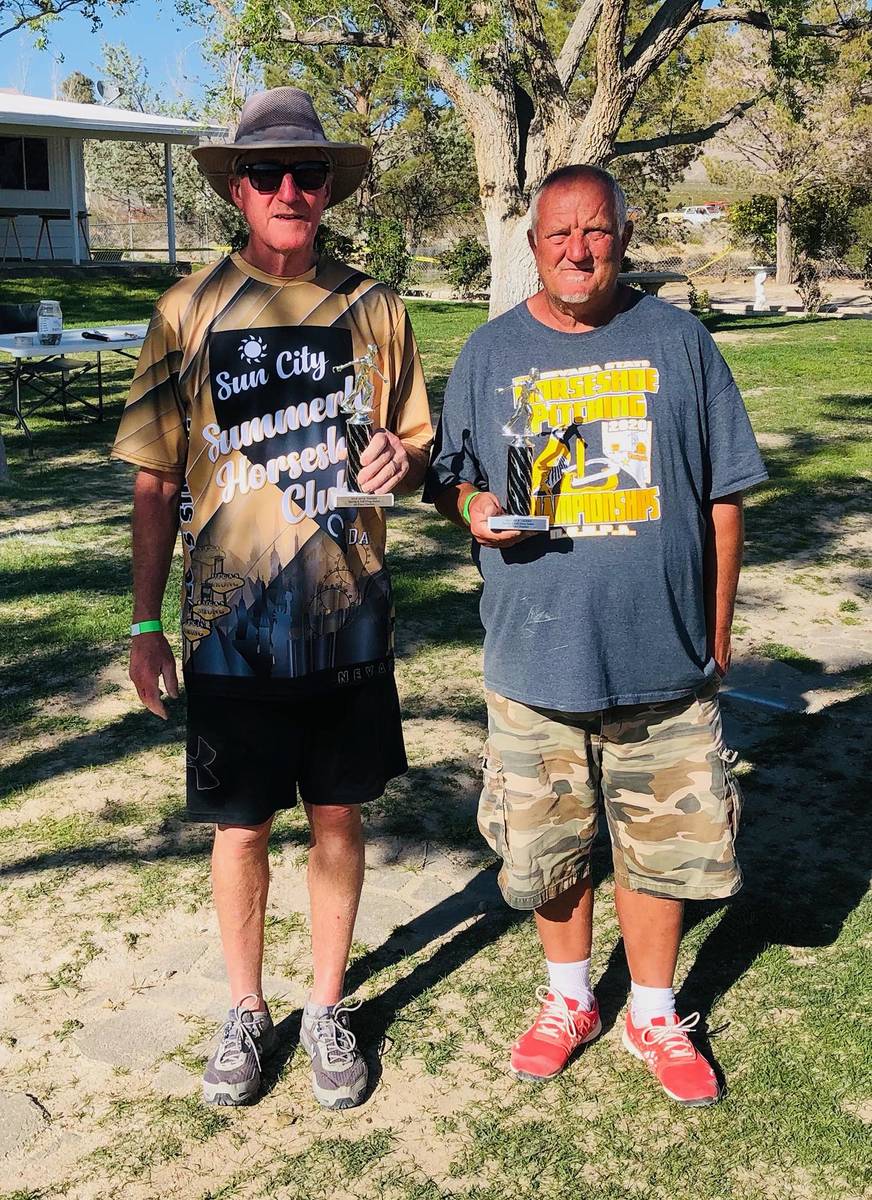 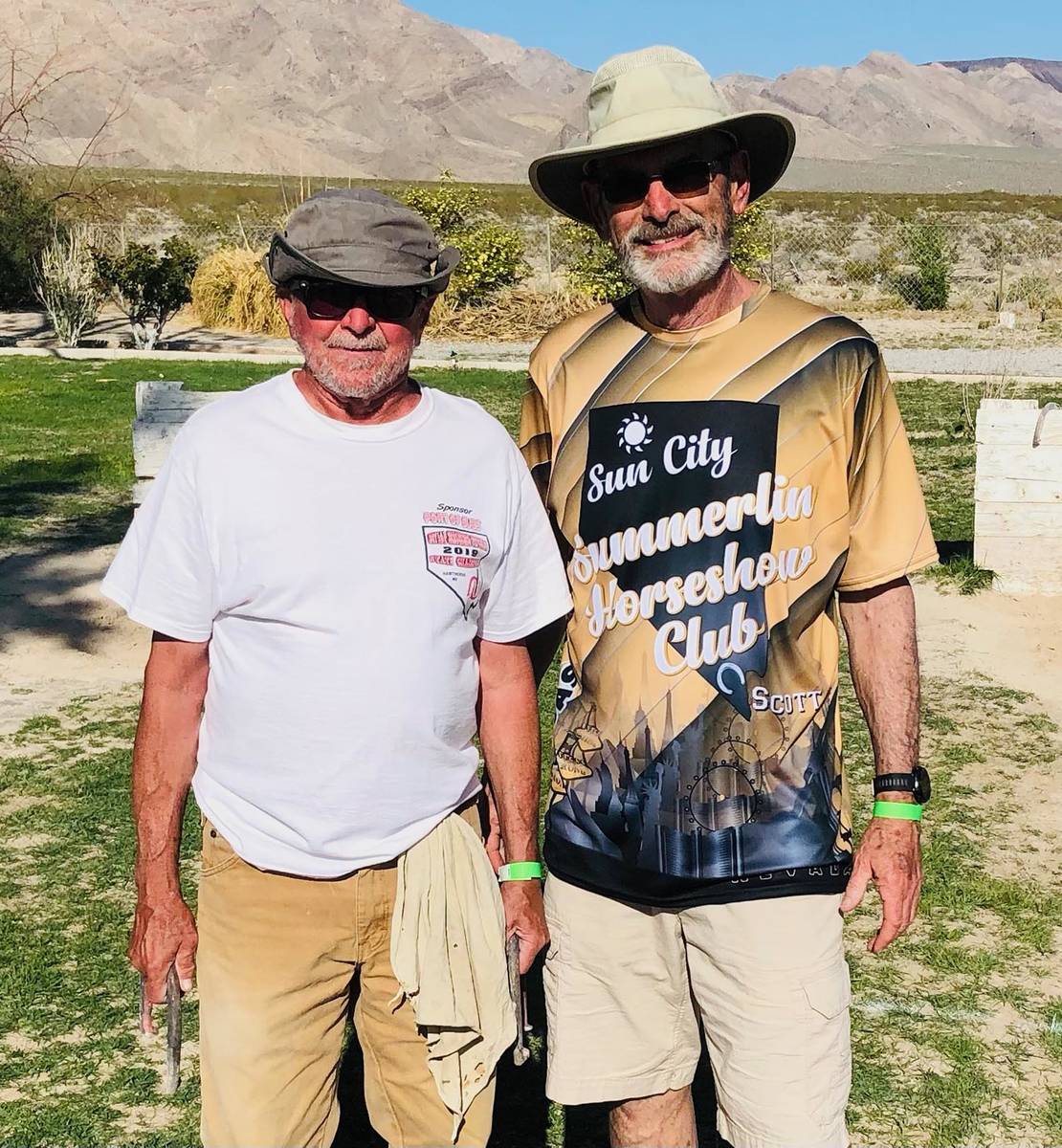 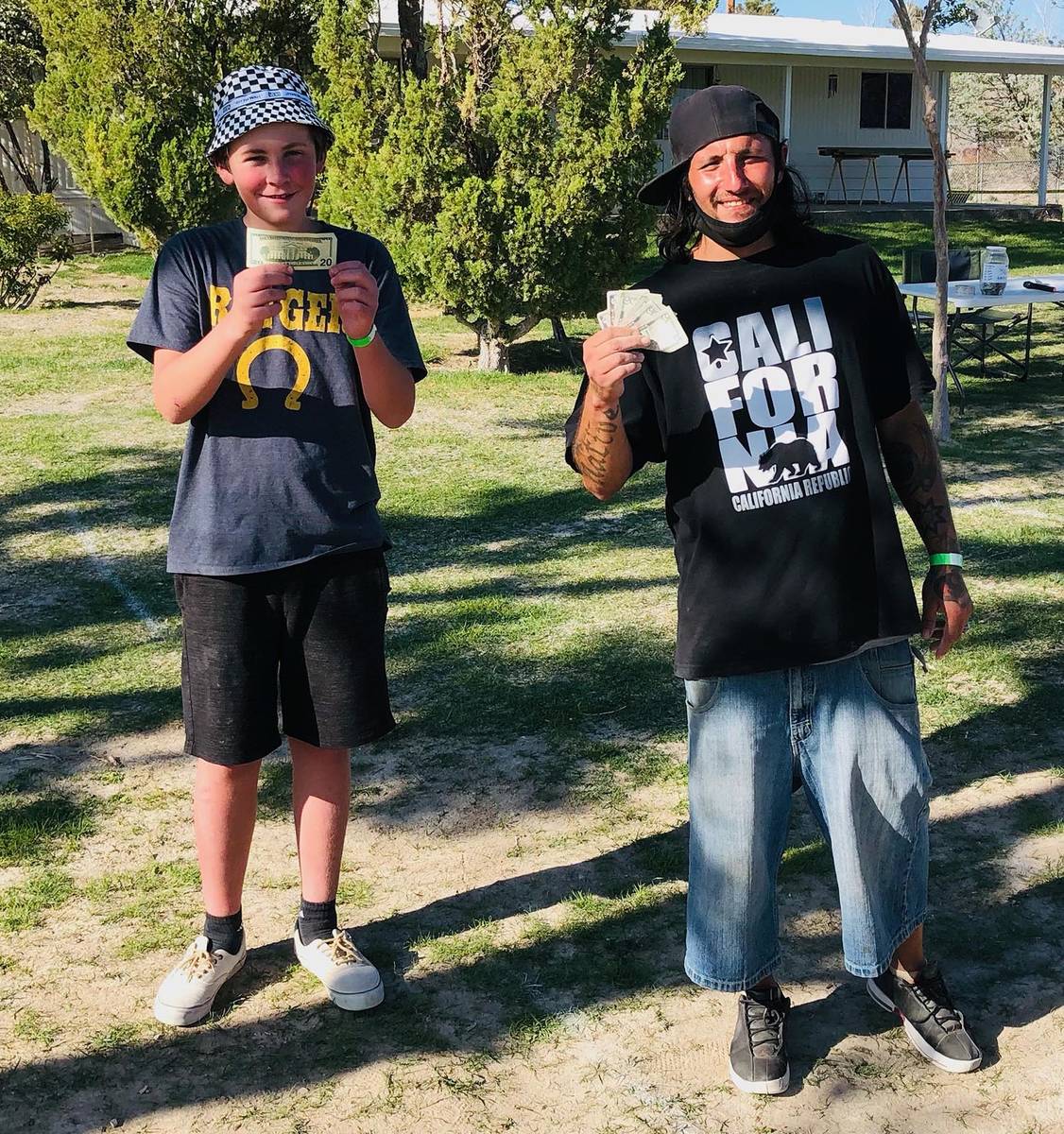 Dedeic, of Pahrump, and Dunn, of Las Vegas, defeated Scott Hardy and Chuck Smith in the winners bracket final of the double-elimination tournament, then waited for the losers bracket to play out.

Jason Barela and Vance Dilger had lost to Sheri Dilger and Loren Dilger in their first game of the tournament, then rebounded to win four consecutive games to earn a chance to play for the championship. But Hardy and Smith knocked them out of the tournament to earn the right to face Dedeic and Dunn.

Hardy and Smith handed them their first defeat of the tournament, setting up a winner-take-all final game that Dedeic and Dunn won to take the second tournament of the new series.

The victory gave Dedeic first place in the series standings, and moved Dunn into a tie for second. Teams are chosen at random before the start of each tournament.

“I’d like to thank Bryan and the staff at the Idle Spur Tavern,” Dilger said. “They have the best hamburgers and fries around.”

The 50/50 raffle brought in $170, half to winner Scotty Heer and half into the end-of-the-year pot, when the top three pitchers in the standings from both classes will receive prize money.

Before all of that is the Mesquite Open. The Rising Star Sports Complex will host a singles tournament April 30 and a doubles tournament May 1. Interested pitchers should go to https://www.mesquiteseniorgames.org/horseshoes for more information. Although it is being held in conjunction with the Mesquite Senior Games, the event is part of the SNHPA schedule and open to all ages.