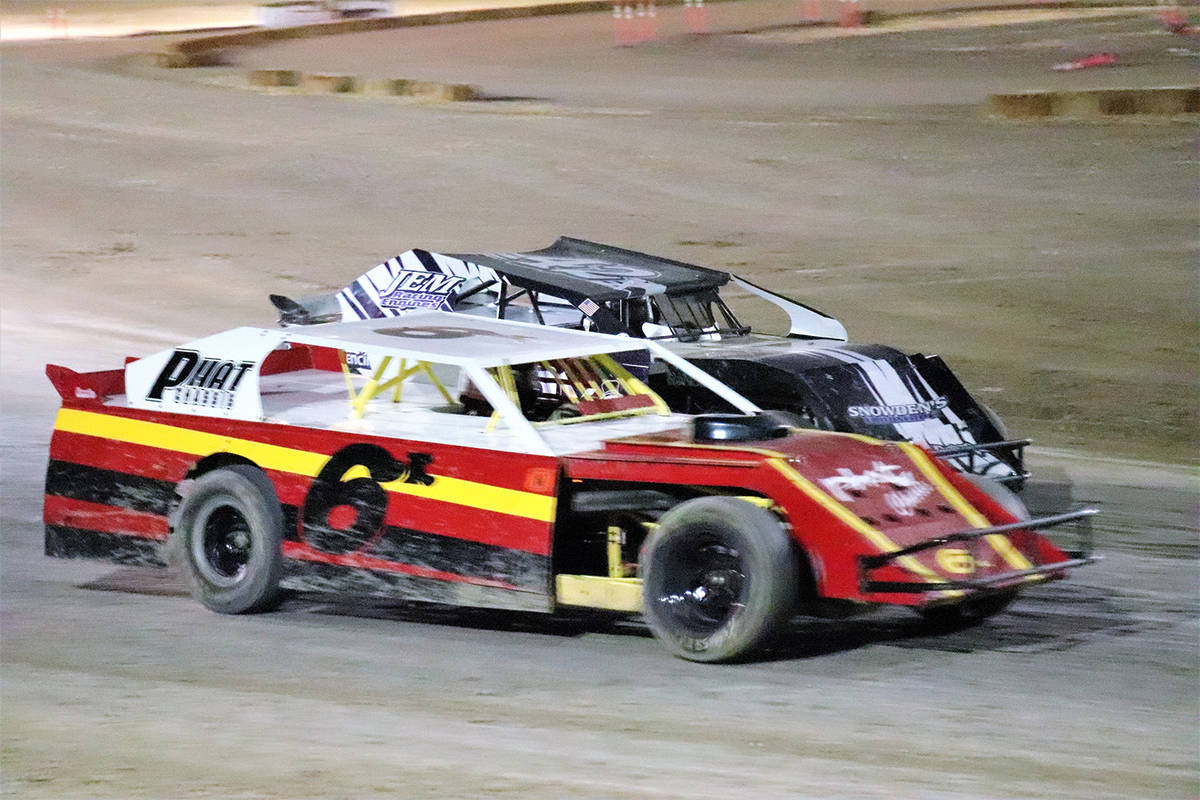 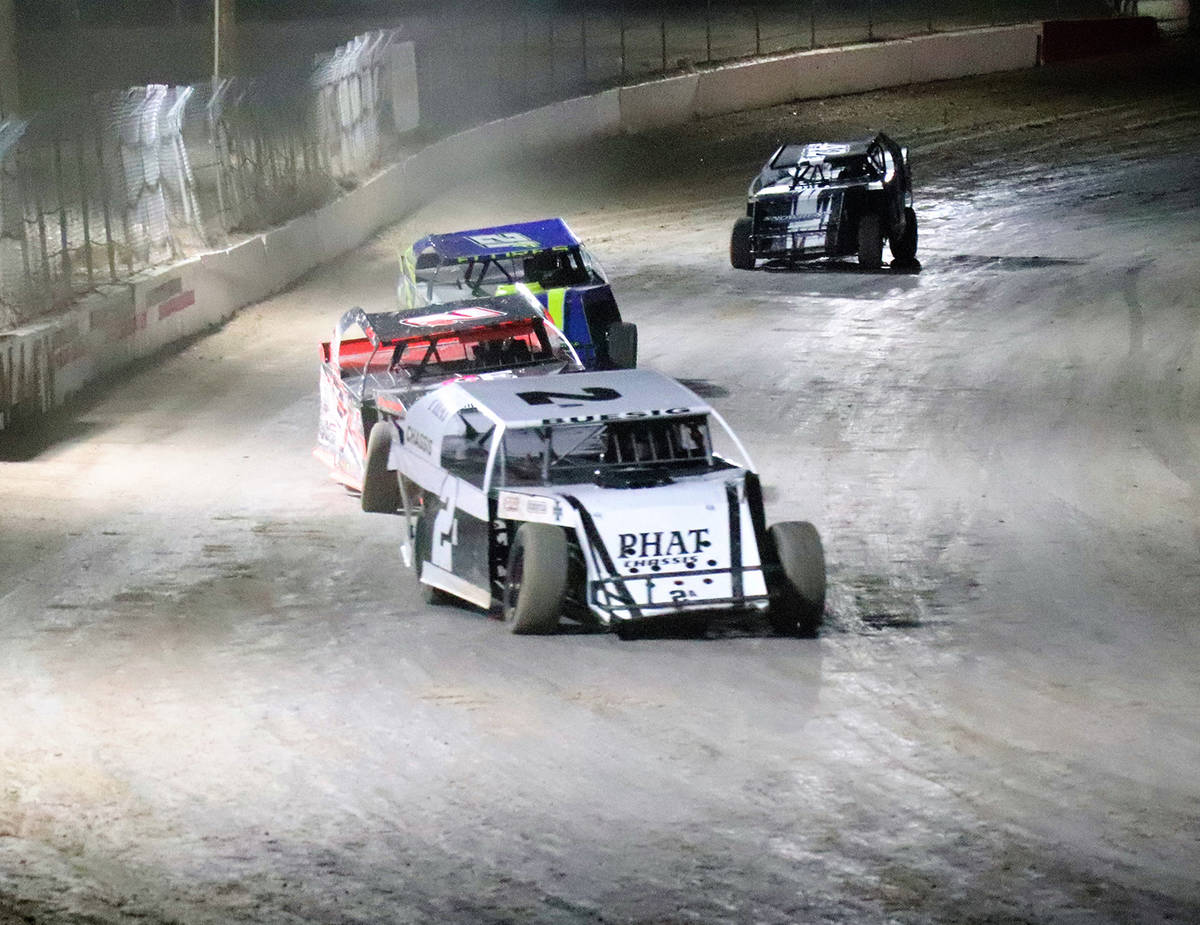 Digital Storm Photography/Special to the Pahrump Valley Times Aries King leads the pack on his way to a season-opening victory in Sport Mods on Feb. 13 at Pahrump Valley Speedway.

Gladd won the Modifieds class, defeating Matt Belcher in the smallest field of the day, while Daub outdueled Daniel Bruner, Dan Hatfield and Scott Halloway in the Coupe race.

This year’s racing season will run through Nov. 20, with the next race night scheduled for March 13. Mini Stocks, Super Stocks, Coupes, Hobby Stocks, Modifieds, Sport Mods, Mini Dwarfs and Micro Sprints are on tap, with racing beginning at 7 p.m.