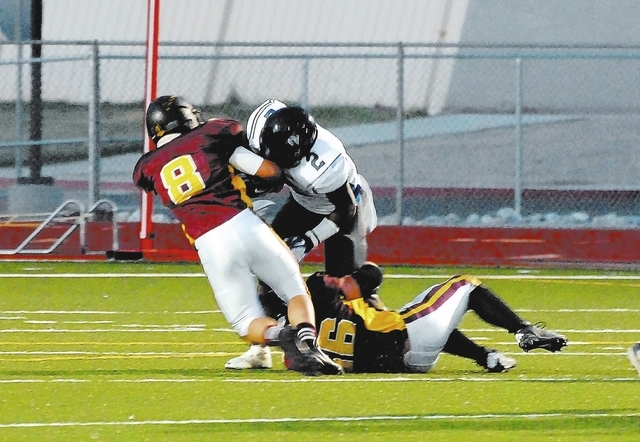 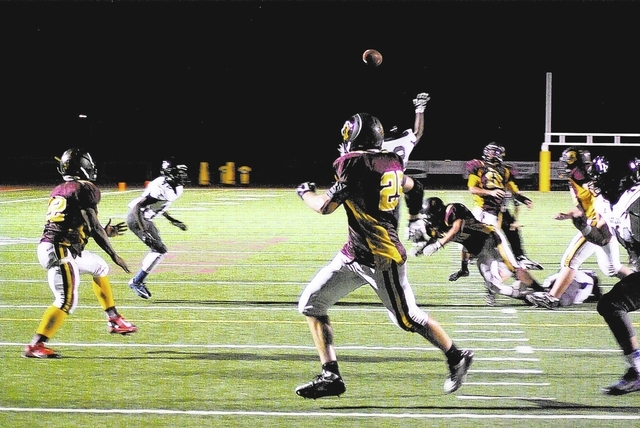 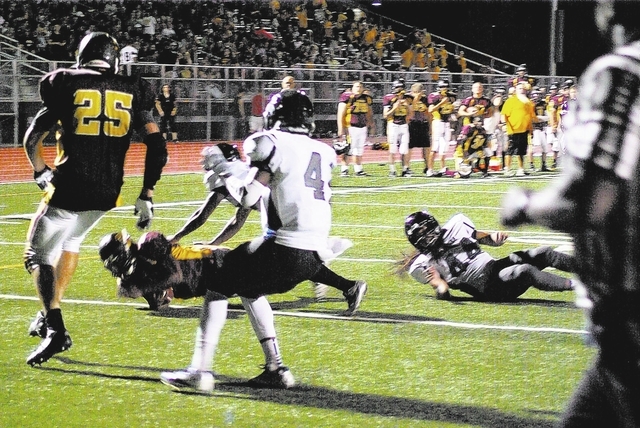 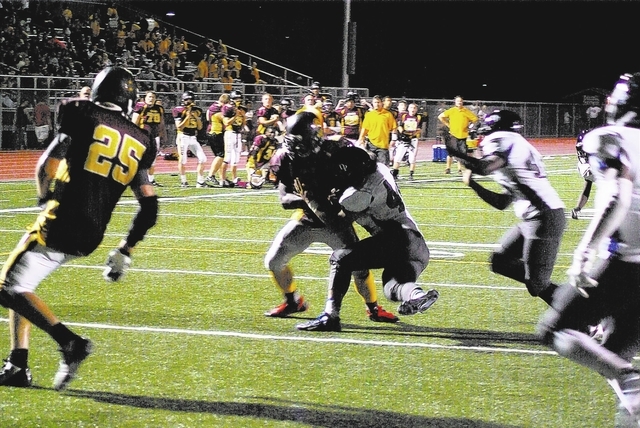 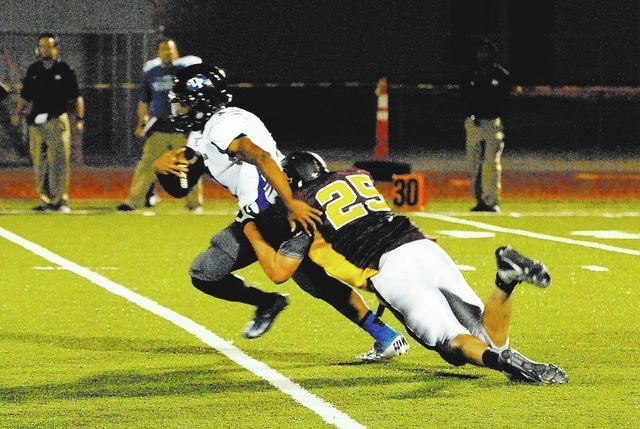 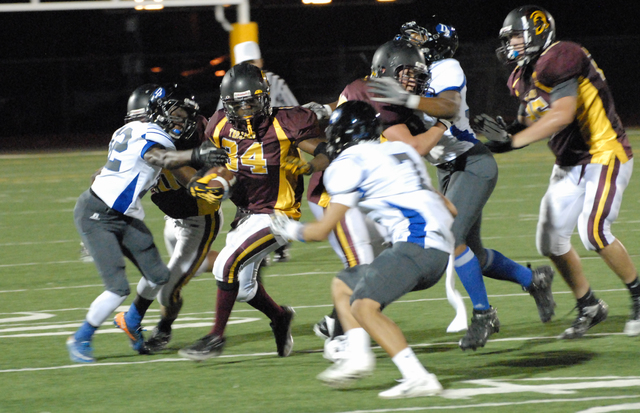 This year the Desert Pines Jaguars came to Pahrump and prevailed, barely. The score hardly reflects the near miss the Jaguars experienced, 41-27. The game was so close, the victorious coach of the Jaguars hastily left the stadium without making any remarks.

The Jags last year beat Troy 62-17. This year the Trojans came with a defense which effectively shut down the Jags for a half. At halftime, the Trojans trailed by only two points, 14-12.

Without a doubt, this Trojans team can win football games. It is the best team to emerge in a decade with a viable run offense headed by fullback Scott Maughan, who had 131-yards rushing. In addition to Maughan, Deon Estes, Devontae Brown, AJ Segura and Keenan Harris combined for the other 100 yards.

The keys to the success of the Trojans running game is they run the offense well, they have speed to the outside and they disguise what they are going to do well. Other teams may know what the Trojans are capable of, but to defend against their run game takes a bit of discipline. Not too many high school teams have the discipline that come with experience.

The Trojans were able to answer in the fourth quarter with a 99-yard drive into the end zone. The drive was culminated by a TJ Milk/AJ Segura razzle-dazzle play to the 10-yard line. Milk passed the ball to Segura, who then passed it 20 yards down the field to Devontae Brown at the 10. The offense was able to drive the ball into the end zone to make the score a 34-27 ball game with 3 minutes left on the clock.

The Jag offense still had a drive left in them and scored their final touchdown after a blown onside kick by the Trojans.

Trojans Coach Joe Clayton in the meeting with his team after the game talked about missed tackles. He said his team was running all over the place trying to run down the two punt returns. No doubt the Trojans defenders were tired, since most of them play both ways. He also told his team to expect to see Desert Pines again in the playoffs.

Another factor in the game were penalties. Desert Pines rolled up 100 yards in penalties, Pahrump Valley had 70 yards.

Trojans offense rushed for 231 yards and passed for 99 yards for a total offense of 330 yards. Desert Pines definitely did not cruise to this victory.

“Chaparral runs an older double wing, which is the same offense Boulder City runs. Boulder runs it better though,” Clayton said prior to the Chaparral game.

Last week, Boulder City came off of a loss and beat the Western Warriors 58-0 on the road. The Boulder offense scored five times in the second quarter to lead the Warriors 45-0 at the half.

This week’s Boulder game should be a battle between two running teams. The game will be a defensive game and whoever is able to stop the run will be the winner.