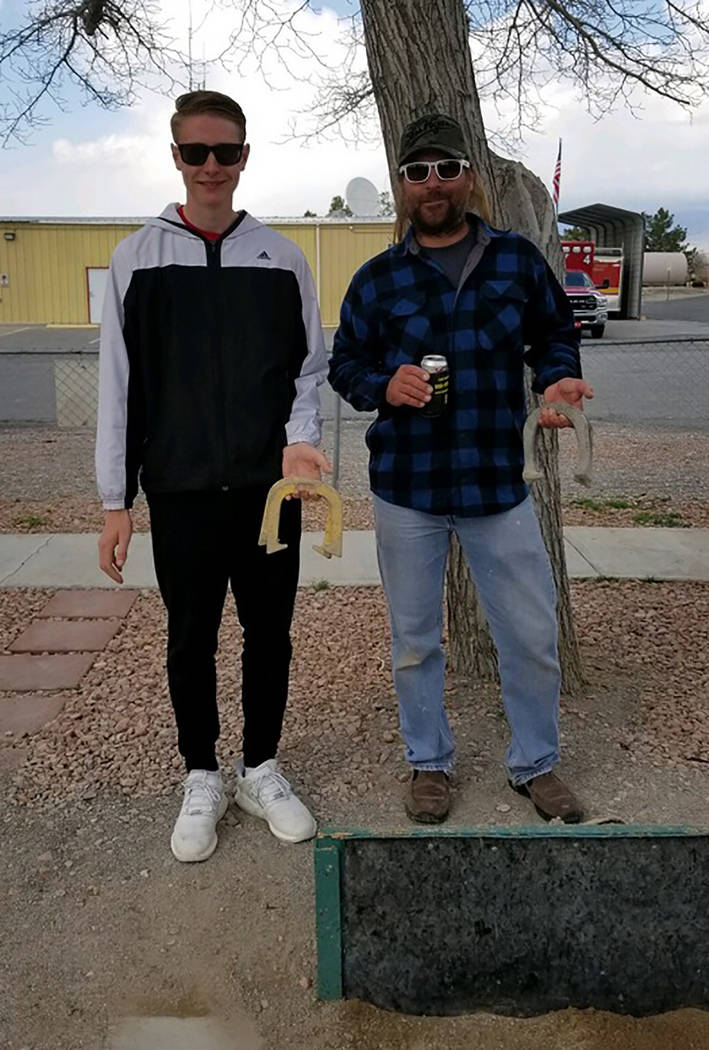 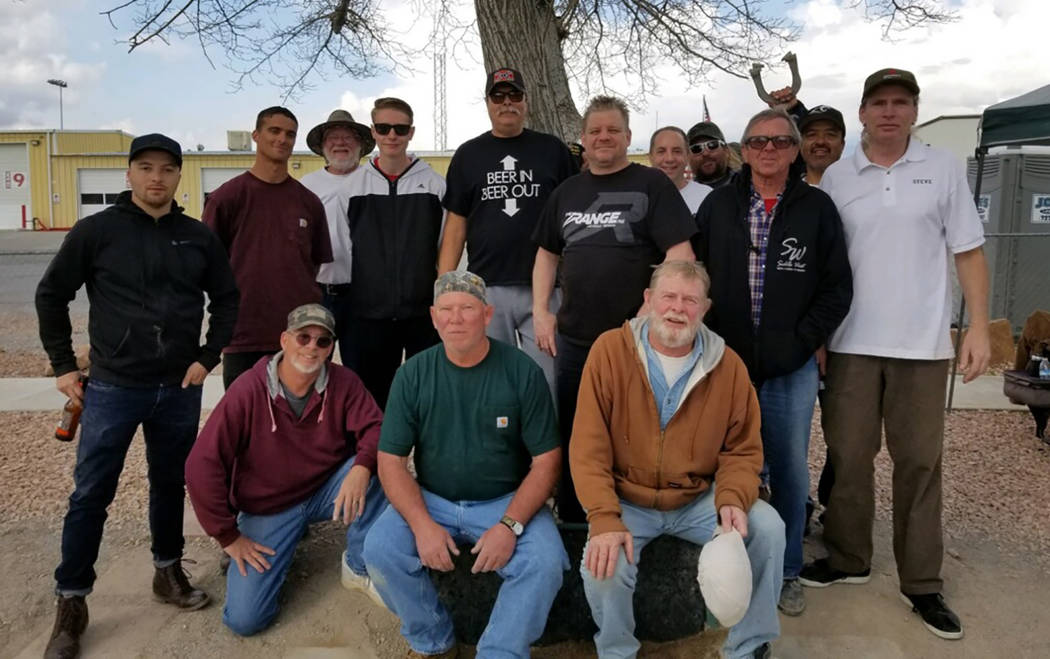 Special to the Pahrump Valley Times Participants in the Pahrump Balloon Festival Horseshoes Tournament at the Petrack Park horseshoe pits on Saturday.

Thirty players were expected to compete in the first event of the year for the Southern Nevada Horseshoe Pitching Association, but rain scared half of the field off, according to SNHPA President Lathan Dilger. But seven teams of two pitchers each took to the pits at 11 a.m. for the first of what Dilger promised to be many tournaments this year.

Don Brown and Dave Barefield, both of Pahrump, finished in second place, with Lathan Dilger of Pahrump and Chad Vanek of Mount Charleston finishing third.

“We had players from Kingman, Arizona, Las Vegas, Mount Charleston, Boulder City,” Lathan Dilger said, adding that the 50/50 in conjunction with the tournament was won by Heer.

The next SNHPA tournament will be held during the Silver State Chili Cook-off beginning at 10 a.m. March 14 at the Petrack Park horseshoe pits.