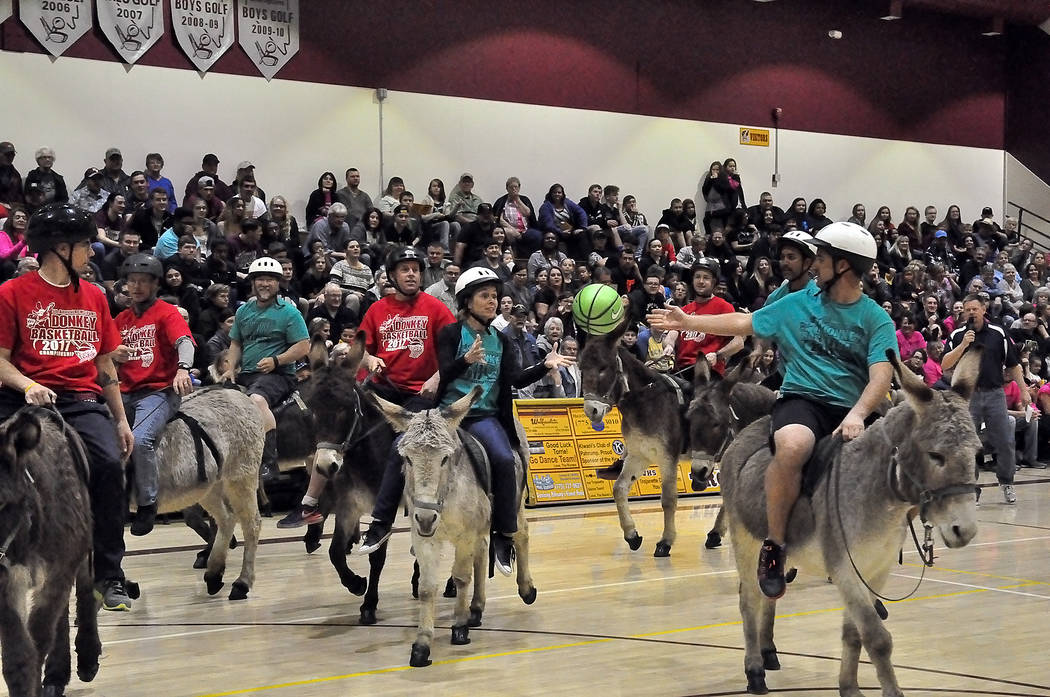 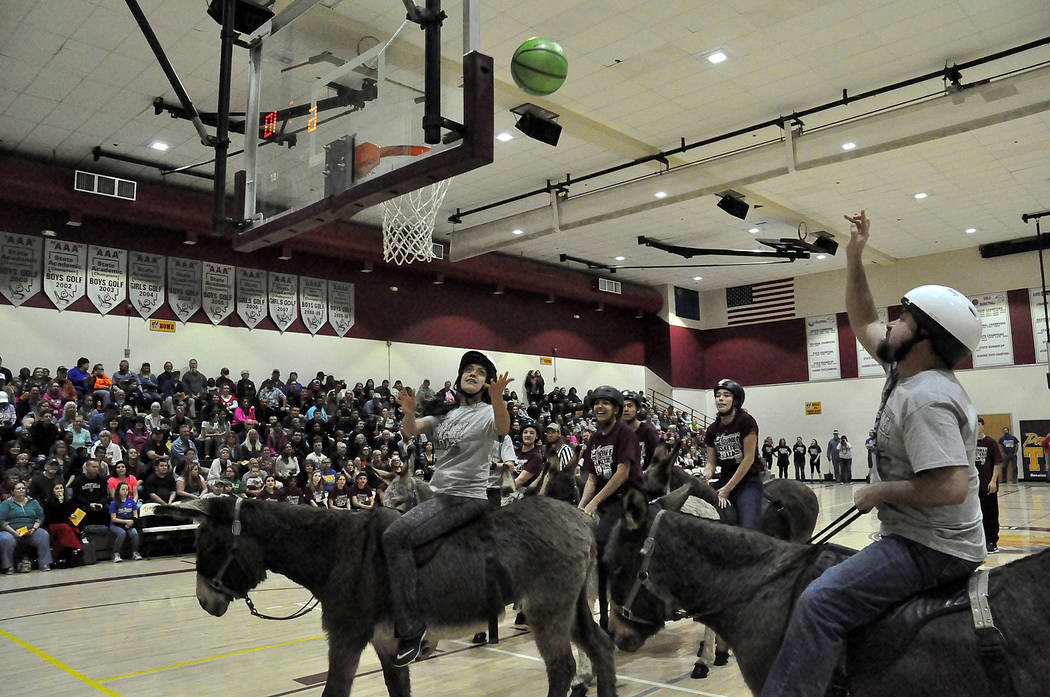 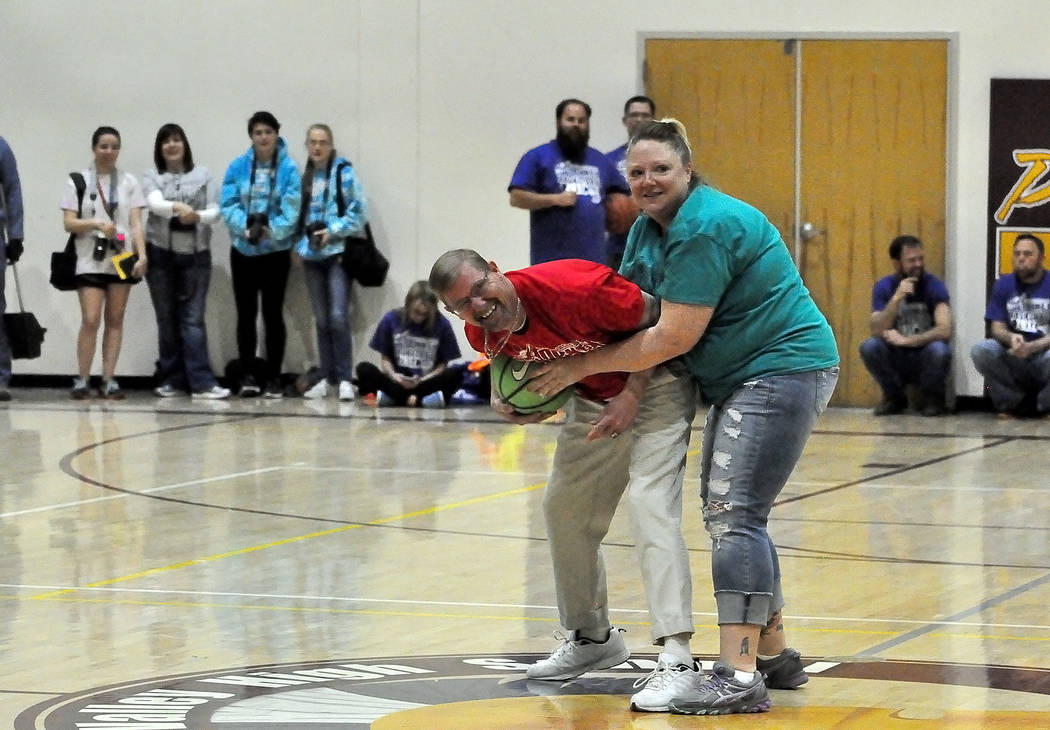 You probably won’t be seeing this score on the ESPN channel but just so you know, the defending champs, Pahrump business community team, It’s on like Donkey Kong, defeated the Rosemary Clarke Middle School staff team, The Ba-Donk-A-Donks, in the Donkey Basketball Championship game on Friday night, 8-4.

Berry said there were 565 people in attendance and the schools sold 340 adult tickets, 175 student tickets and 50 child tickets. She said there were four winners for the poop squares, totaling $575 in payouts to winners, the remainder went to the schools.

There were four games with each team playing one game. Then the fifth game had the two teams that scored the most in those games playing for the championship.

Common questions asked about the game:

Do the donkeys poop on the floor? Yes, they do and for the last five years, Joe Clayton has done a great job in making sure the mess is picked up. In addition, the poop is used to raise more money for the schools by having people guess where the poop will land.

Do the donkeys scratch up the floor? No, the donkeys wear special shoes that prevent them from doing that.

Do you have to shoot the ball from the donkey?

Yes, in order to score you have to shoot from the donkey and can’t dismount to shoot.

Are the donkeys treated well? The company, Donkey Sports, Inc. of Entiat, Washington, says extreme care is used to make sure the riders don’t do the animals harm.

From their website: “The treatment of the donkeys during the donkey basketball game is of utmost concern to Donkey Sports, Inc. We insist on our employee be the referee to ensure that the donkeys are treated humanely and with respect. Players who do not comply with our standards of treatment are replaced. Some of the treatment standards are weight limits, no hitting or kicking of donkeys, and no pulling of donkey ears, hair or tails.”