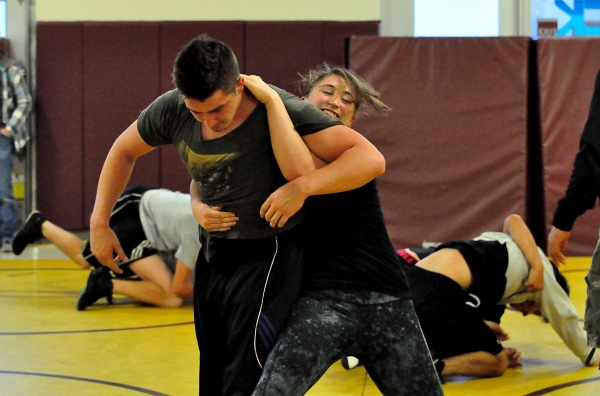 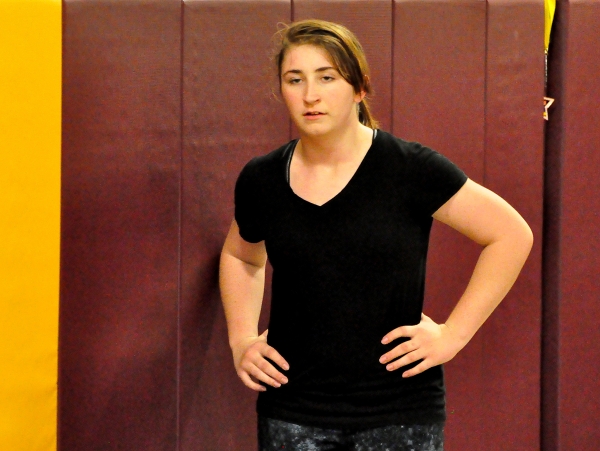 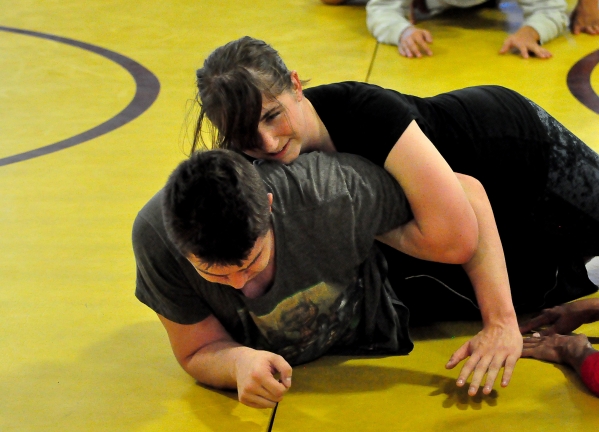 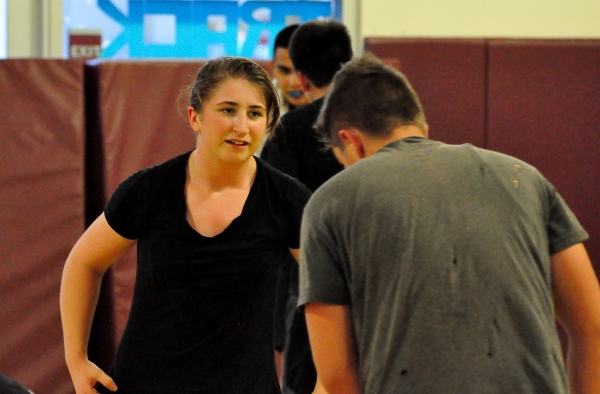 She is not the first girl to come through the Trojans’ hallowed wrestling doors and she won’t be the last. But Reagan Adams at 14 is different than the other girls. She is different because she is the first true, girl fighter to join the team.

Adams joined the Trojans wrestling team this year to get some grappling experience.

She is a brown belt in karate at the Dragon Cloud Dojo and has been taking the martial art for the past 4 years. Her ultimate goal is to be a black belt at 16 and then after high school she wants to get into mixed martial arts like her idol Ronda Rousey.

Trojans wrestling coach Craig Rieger said he has had many girls come into wrestle over his 20 years.

“I have had lots of girls try the sport out,” he said. “But usually they come in here and spend a year and then they quit. I have never had one stay all four years.”

Rieger said he has known Adams for some time now.

“She does karate with my son,” Rieger said. “She is a tough girl and is a top brown belt in karate. I have watched her throw some punches and kicks and she is very good at those skills. She is good with the hands.”

He said she is very comfortable with the karate and is in her element there and has a lot of confidence in that sport.

“She is learning the wrestling and is not as confident,” the coach said. “When we go 100 percent, she is figuring out what pain is. She has never really conditioned before. I call her on it and make her work. I can see she is frustrated a bit because in wrestling she is not at the top like she is in karate.”

Rieger said she may not be the top wrestler, but she is putting in the time like all freshmen.

“She is observing, learning and has not missed a practice yet,” he said. “In here we don’t treat the girls differently and she is not afraid of anything and I think that will get her some respect. The boys see she is here every day.”

When asked about what Adams thinks of the sport, she replied with a smile, “I think it’s an awesome sport.”

She said she wants to prove to people she can do it.

“I really think girls can do everything boys can do,” she said.

Adams said that the wrestling workouts have been harder than she thought they would be.

“It’s a lot more cardio than I thought it would be,” she said. “I have never experienced workouts like this before. Karate is only a couple of hours a week whereas this is 3 hours every day after school. I think the wrestling is more challenging now because I spend more time with it.”

Adams said she is more relaxed with karate than she is with wrestling.

“In karate I know what I am doing but with wrestling it is all new to me,” Adams said.

She described the practice pace as quick.

“In karate they spend way more time going over new moves than wrestling,” she said. “Because there are so many boys on the team, the pace is quicker.”

When she learned that Rieger has never had a girl go four years in his program, this information made her want to stay on.

“I think I now want to stay for four years,” Adams said. “I would love to prove that I can do that.”

Adams said she is learning how hard it is to get a person off of you when they are on top of you.

All her efforts have lost her five pounds and she is in the best shape she has ever been in.

The young fighter hopes to wrestle at 138 pounds.

She said her idol Rousey is what keeps her going.

“I don’t like to lose at things,” Adams said. “Rousey has motivated me many times during wrestling and when I find I am having problems I find myself saying to myself, ‘What would Ronda do.'”

Her mother, Heather Ruth is all-supportive with her new sport and said she is learning about what conditioning is all about.

“She comes home exhausted every night and with new bruises,” Ruth said. “I told her not to show them to people or child protective services might give me a call.”