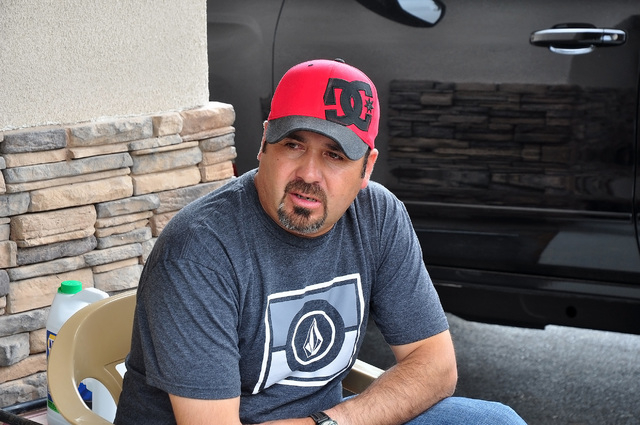 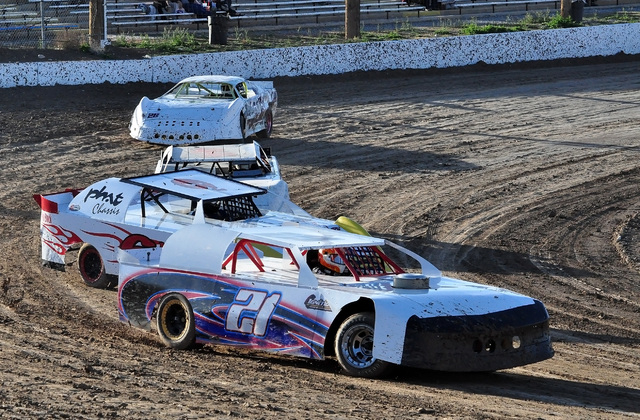 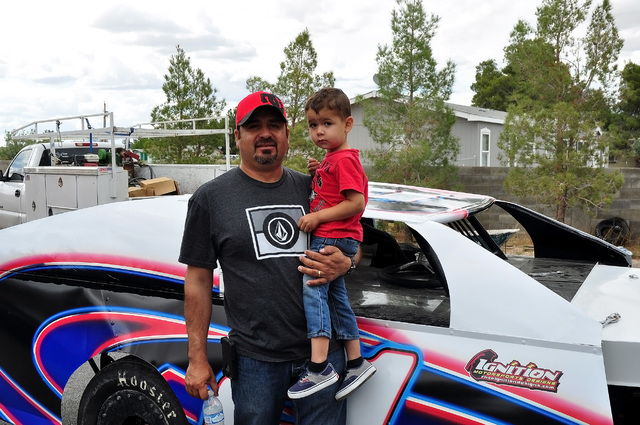 Rafael Flores loves the sport of racing and says he really can’t get enough of it.

“I just hate to miss a day of racing,” Flores said. “My whole family goes to the races and we all have a great time.”

Despite being the champion, Flores will be the first to admit that he still has a lot to learn.

“I feel better about my racing,” he said. “I feel I am getting better for only doing this for two years. The hardest thing for me to learn was to keep from spinning out and I also had to learn to control my speed. Learning when to slow down was also big for me. It looks easier than it sounds.”

He said he is also learning how to do the small things on the car.

“Tony Kinkade (another racer) does all my engine work,” Flores said. “He has taught me a lot. I work on the body myself and even have learned how to work on the gears.”

In his brief racing career, he says he has never wrecked his car so he feels he must be doing something right.

Flores has worked with Wulfenstein Construction since he was 19 years old and he is 36 now. It was through the Wulfenstein family that he became interested in racing.

“I have always had fast cars.” he said. “I owned a Camaro and a Corvette and just love going fast.”

He said he had seen the Wulfenstein family race and thought he could it too.

“The Wulfenstein family races and I wanted to try it out,” he said. “They had an extra Super Stock car they were not using and I asked to borrow it one day to see if I would like it. After the one race I knew that racing was for me.”

Jim Wulfenstein, his boss, said Rafael is an awesome guy.

“He is a bright individual and very intelligent and has been a superintendent for me for some time,” Wulfenstein said. “As a racer he is very competitive and aggressive and works hard at getting better.”

Flores said he likes the way racing helps him relax.

“When I race it is a tension release,” Flores said. “I would feel my body relax and the racing just takes all the stress away.”

He is driving two of the fastest cars on the track, his Super Stock and he also drives a Modified car.

“Both of my cars share the same engine,” he said. “The engines have the same horsepower, but the Modified is lighter so it handles differently and is faster.”

He said he might just go down to one car because the two cars can be expensive.

“I am really not sure which car to keep,” the racer said. “I might just stick with the Super Stock.”

At the moment, Flores wants to continue racing at Pahrump but he wants to eventually travel and race on other tracks. The only other track he has raced on is the speedway at Tonopah.

“I do want to go back to Tonopah, but I didn’t have a great time there the first time I went,” Flores said.

When asked who the most challenging racer he has raced against was, he replied, “Jason Pike, because he doesn’t make that many mistakes. That guy has been racing a long time and he is full of knowledge.”

So far this year he has not beat Pike in Super Stocks. He also has not beaten the family that got him started in racing, the Wulfensteins. When asked if he could beat Bryan Wulfenstein, he replied, “We will see.”

Jim Wulfenstein, Bryan’s father, had this to say, “I would be shocked if he didn’t take Bryan, but if they do race Bryan will give him a race for his money.”

His goal is to get himself a sponsor, to help with the cost of racing.

“I do this for fun but it does get expensive,” he said.

Flores will be on the track on May 21 at the next speedway race night at 7 p.m.