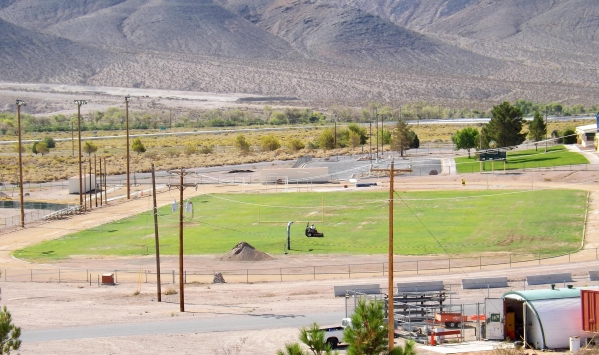 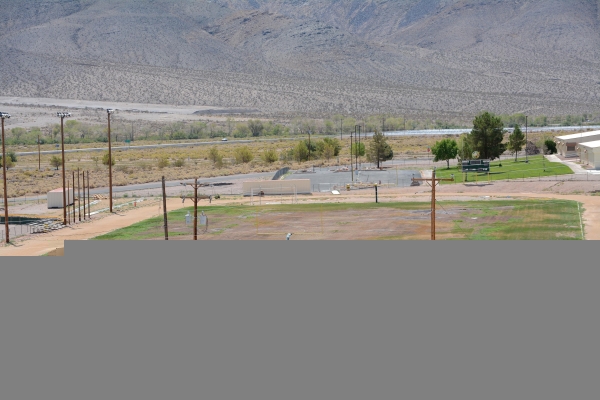 BEATTY – Beatty High will spend another year playing football on the baseball field, according to Principal Gary Flood.

“It was determined by the superintendent and Maintenance and Operations that the field needs more time,” Flood said. “The superintendent is submitting another waiver to the Nevada Interscholastic Activities Association so that we can play on the baseball field again. We still have the single goal post out there. We hope to also patch the baseball field by laying down some sod.”

The Hornets spent last season on the baseball field because flooding washed away the seed.

In his letter to the NIAA for a waiver to play football on the baseball field, Superintendent Dale Norton stated that the field was not ready for play due to new seed.

“Nye County School District apologizes for this inconvenience,” Norton wrote. “We are making every effort to keep home contests in the community as it is important to all involved.”

During the summer, Beatty High School had the seed laid down in early June. The project’s initial cost was $75,000 but Maintenance and Operations Director Cameron McRae said the project went over the budget due to the need for more soil to be brought in. The project was supposed to allow the team to play on the grass this year. McRae was unavailable for comment.

Beatty football coach James Robertson was disappointed in the decision.

“It’s too bad and we will have to just roll with the punches,” he said. “We had such a great season last year and I know that would have brought in larger crowds. Now that we have to have the games in the afternoon because the baseball field has no lights. This will limit how many people will show up because many people work.”

Flood said this will give the district time to fix any brown spots that didn’t come in.