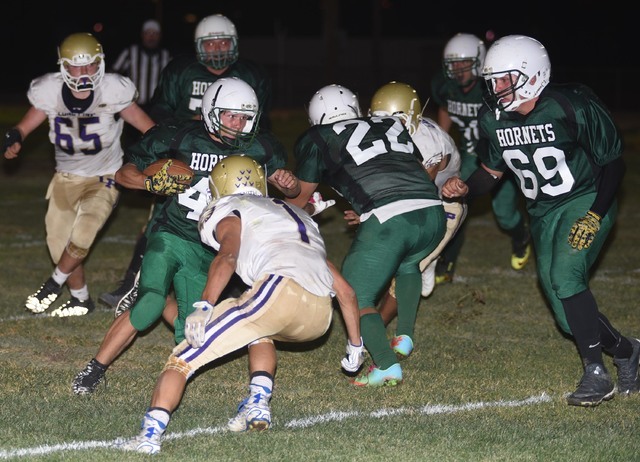 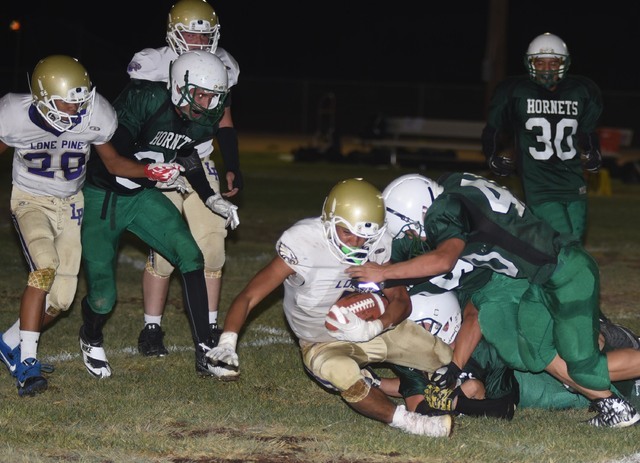 Sophomore quarterback Jacob Henry threw for one TD and ran for another as he led the Hornets (2-0 overall, 1A Southern) to a 46-14 victory over Lone Pine (California).

“Warm-ups are over,” the coach said. “The real grind begins and the kids are excited to get conference play started.”

Verzilli said Beatty has a lot of positives going for it this year.

“Our defense is reading and reacting quicker to their keys,which really helps. Also, our outside contain is better,” he said. “On offense, our offensive line totally dominated this last game, getting to the second level better and sustaining the way they should.”

In the last game, the Hornets defenders were led by senior Mariano Villa with 11 tackles. Senior Jhon Paul Adajar had nine.

The superior blocking in the game led to senior running back Michael Olson rushing for 198 yards on 20 carries. Olson also got one TD. In addition to Olson, Jhon Paul Adajar rushed for 71 yards on 10 carries and two TDs and Hugo Mendoza rushed for 75 yards.

The Lone Pine game also saw some passing from Henry. Jacob Oseguera had a 40-yard reception for a TD and Isais Femat had a 75-yard reception. Henry threw for 131-yards passing.