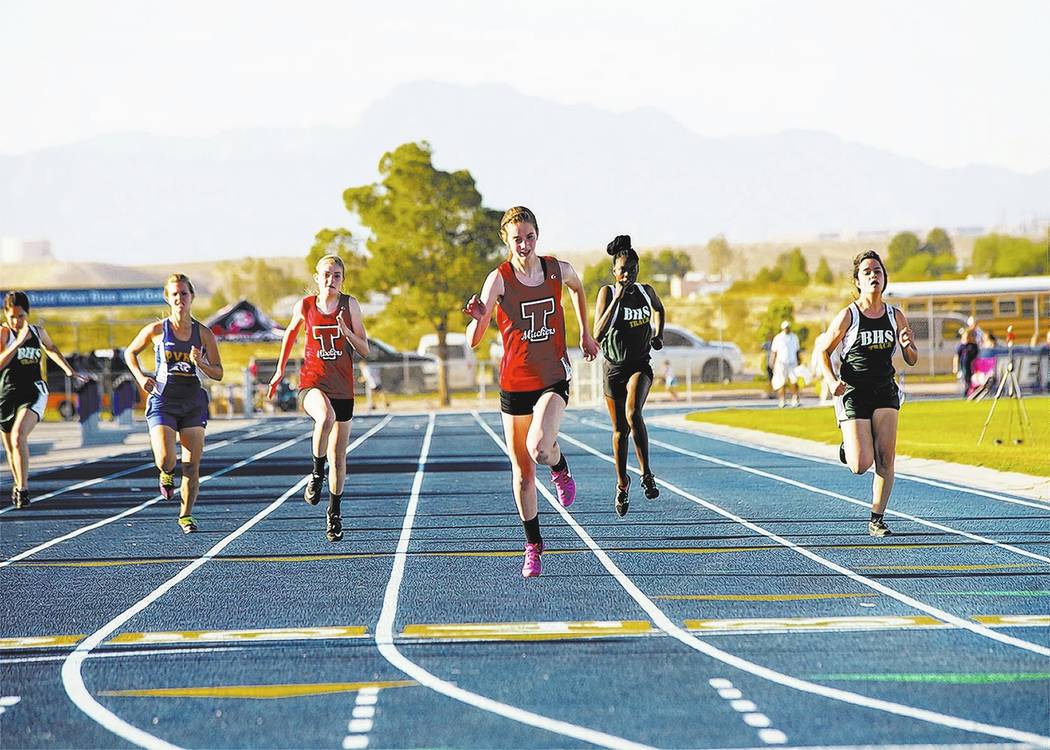 Skylar Stephens/Special to the Times-Bonanza & Goldfield News Katelyn Maurer (left) taking second and Delaney Friel taking first in the 400-meter run. Friel won two individual championships in the 400 and the 200 during regionals and went on to take fourth place in the 400 at state. 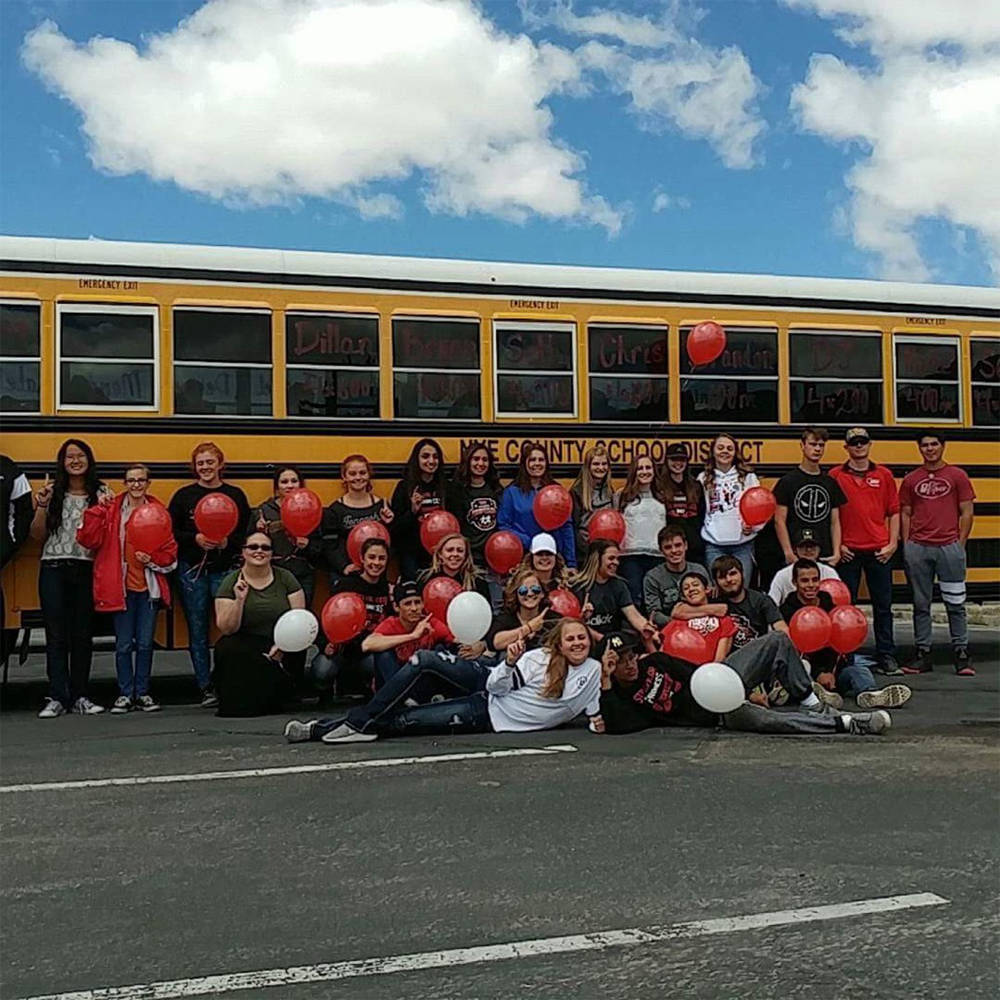 Special to the Pahrump Valley Times The Muckers boys and girls track team get ready to go to state. Three members of the team took home a medal apiece.

Tonopah’s girls team took third at the Class 3A Nevada Track and Field Championships at Foothill High School in Henderson May 19-20 with 77 points.

A tough Sierra Lutheran team finished in first (144) and Wells came in second (83).

“Our ladies fought really hard,” Muckers coach Steve Stringer said. “We went up against Sierra Lutheran, a private school and it is hard to compete against those schools. They have athletes who go to that school that just go there for one sport. So, I knew by looking at their times that they would be tough to beat. I was happy to take third.”

In order to medal at state, girls had to take fourth place or better, and two girls medaled. Delaney Friel took fourth in the 400-meter run (1 minute, 5.01 seconds) and Aimee Thompson took fourth in the discus (79-feet, 09-inches).

“I was really proud of all of the girls,” Stringer said. “Perhaps we could have taken second place if we had Kayla Campos.”

Stringer said their sprinter had injured her knee during basketball but said they would have her back next season.

Kirkland was the only individual to win a medal. He took the state title in the high jump (see front-page story).

The Muckers coach can’t wait until next season.

“The track team next season will be just as tough,” the coach said. “We have a good crop of eighth-grade girls and boys coming up to the high school next season.”