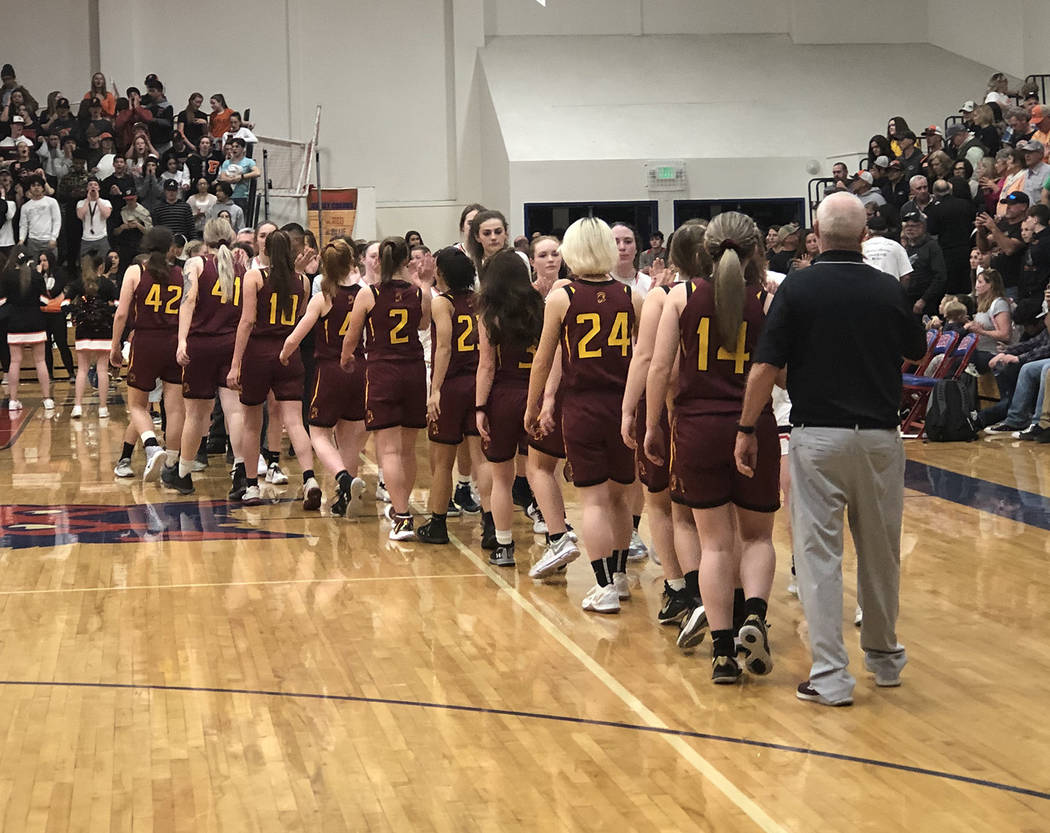 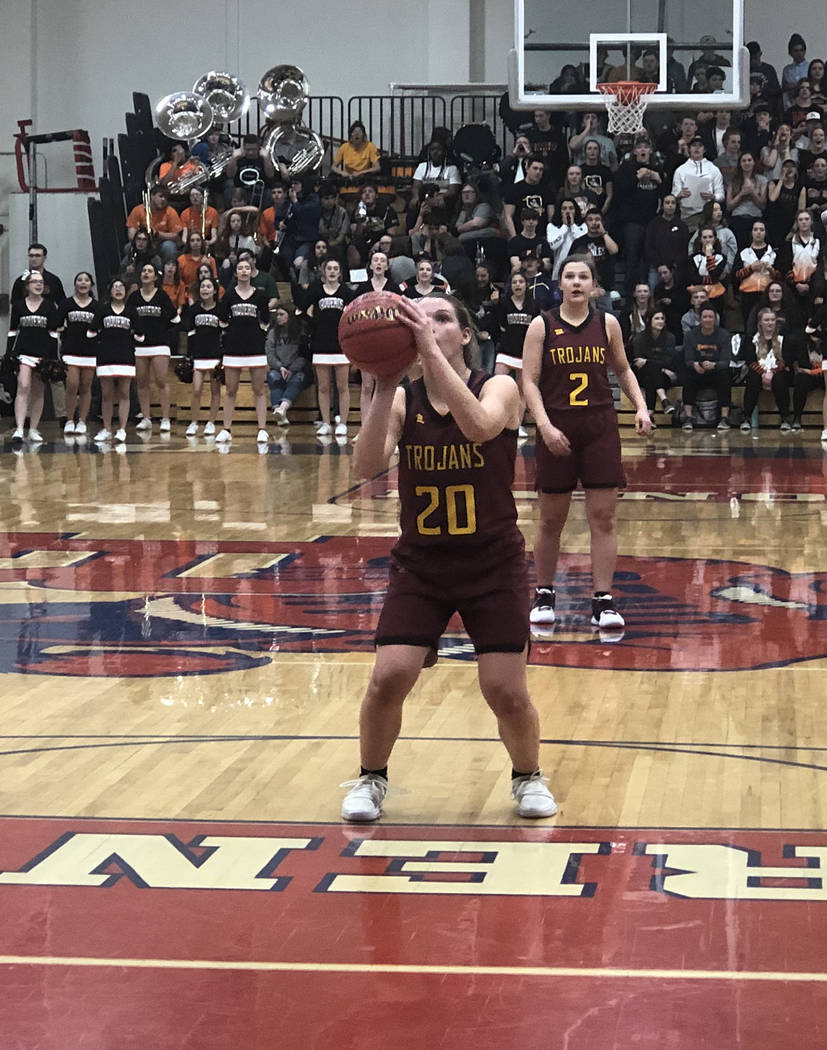 Tom Rysinski/Pahrump Valley Times Pahrump Valley junior Maddy Souza shoots a free throw during the fourth quarter of the Trojans' 57-51 loss to Fernley during the Class 3A state semifinals Thursday night in Reno. 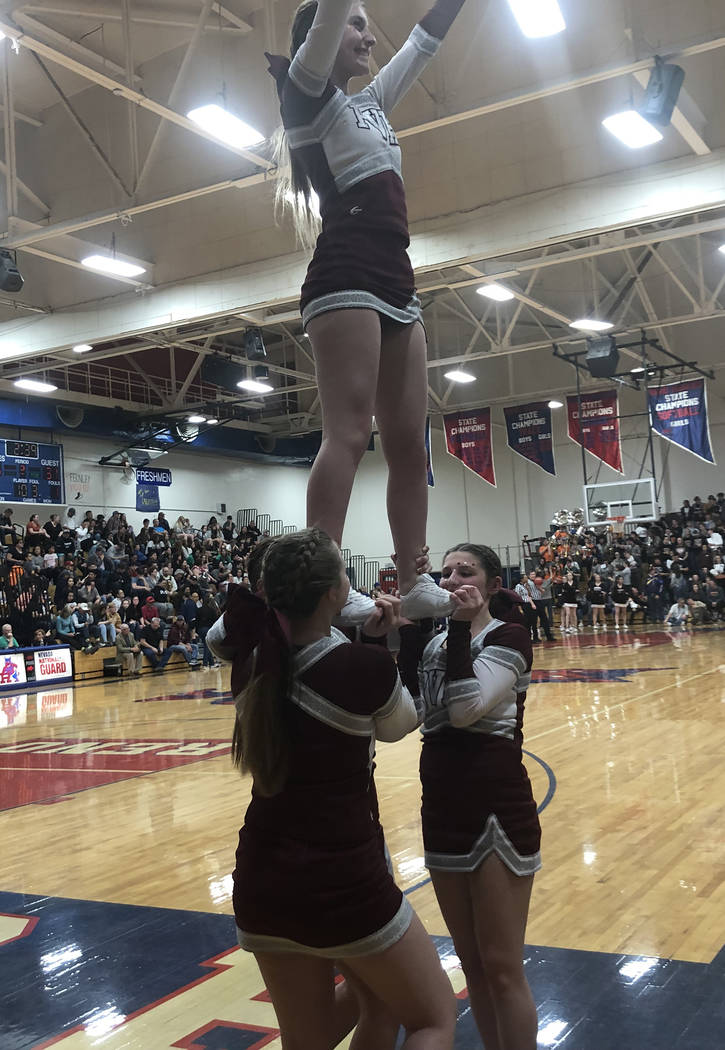 Tom Rysinski/Pahrump Valley Times With the three-quarters of the crowd Thursday night at Reno High School from nearby Fernley, the Pahrump Valley High School cheerleaders did their best to support the Trojans during the Class 3A State Tournament.

Nicky Velazquez and Maddy Souza each scored 13 points, but the Pahrump Valley High School girls basketball team’s season ended Thursday night in the 3A state semifinals with a 57-51 loss to Fernley.

The game was tight throughout, with the Vaqueros leading by one after the first quarter and at the half. But free throw shooting and missed layups again were issues for the Trojans, who shot just 7 of 16 from the line, missing their first five, while the Vaqueros shot 14 of 19 and made nine consecutive free throws during one stretch.

Both teams forced turnovers, often on consecutive possessions, and neither was able to pull away from the other. Fernley’s largest lead was eight at 50-42 with 3:38 left in the game after back-to-back corner 3-pointers from freshman Alizah Lara, who shared scoring honors with teammate Aloysia Sullivan with 14 points. The Trojans recorded back-to-back breakaway layups to pull within four, but they could get no closer.

Pahrump Valley’s last lead came at 31-29 on a 15-footer by Kate Daffer, who finished with 10 points. Tayla Wombaker added 7 points for the Trojans, who finish the season 30-4. The win was part of a dominant day for Northern Nevada schools in the 2A and 3A classes, as Southern Nevada teams went 0-8 in the state semifinals. There are no northern teams in the 4A finals, and 1A is divided differently.

Fernley (25-3) went on to lose 54-42 to Truckee (22-6) on Friday at UNR’s Lawlor Events Center in the Class 3A state title. The game was a rematch of the Northern Region championship, which the Vaqueros won 50-47. Fernley had defeated Truckee three times this season.

It was the first state title for the Wolverines.