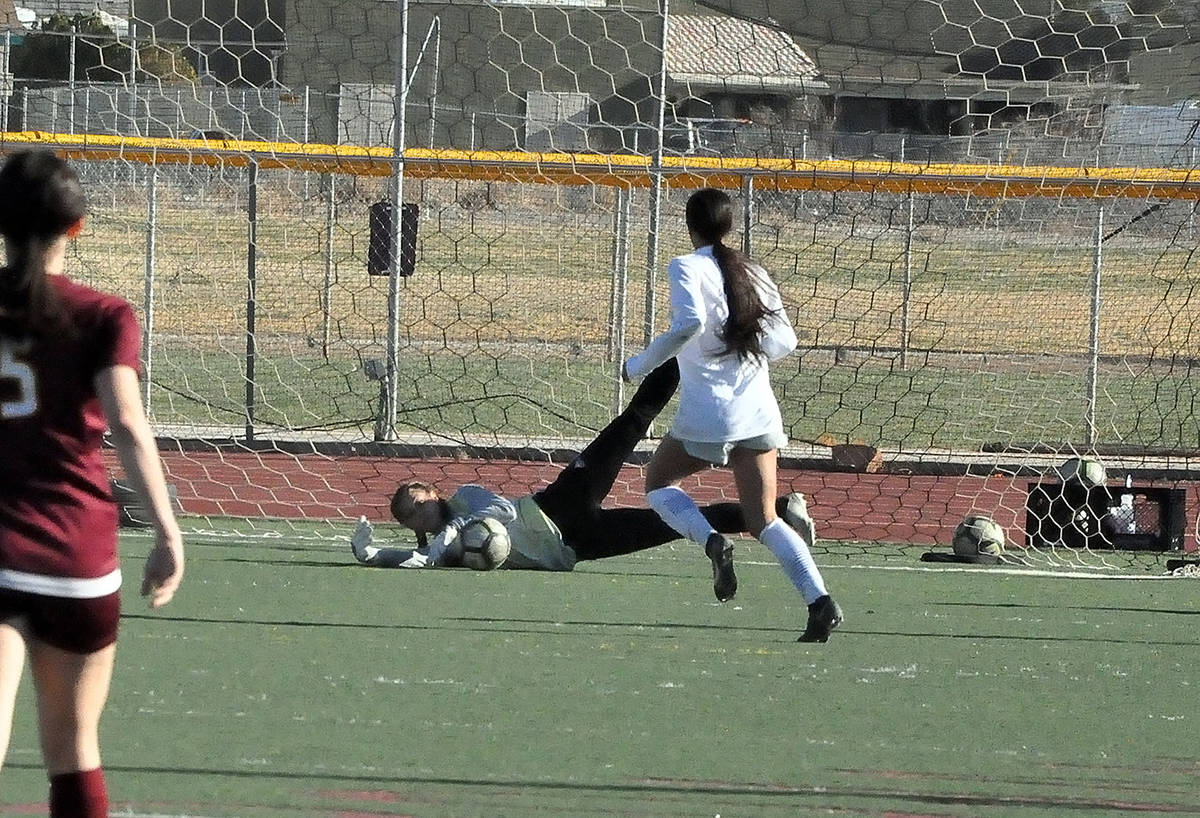 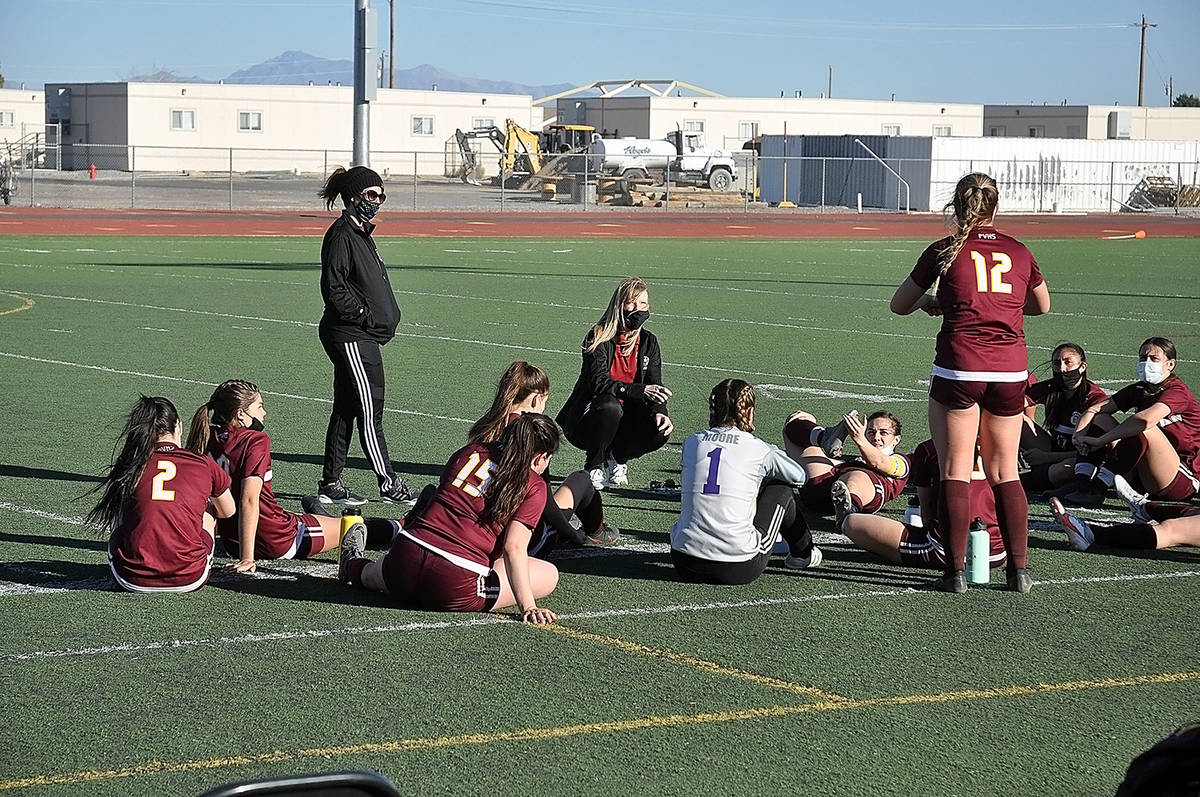 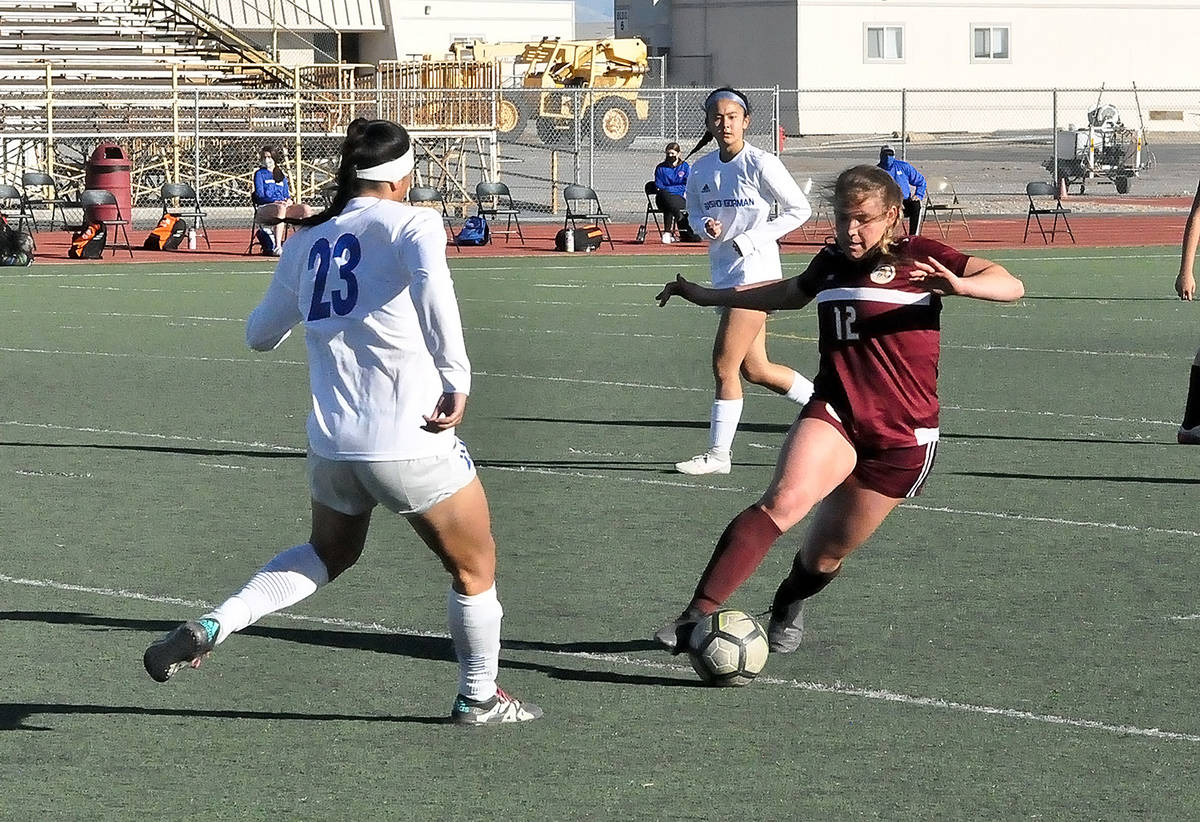 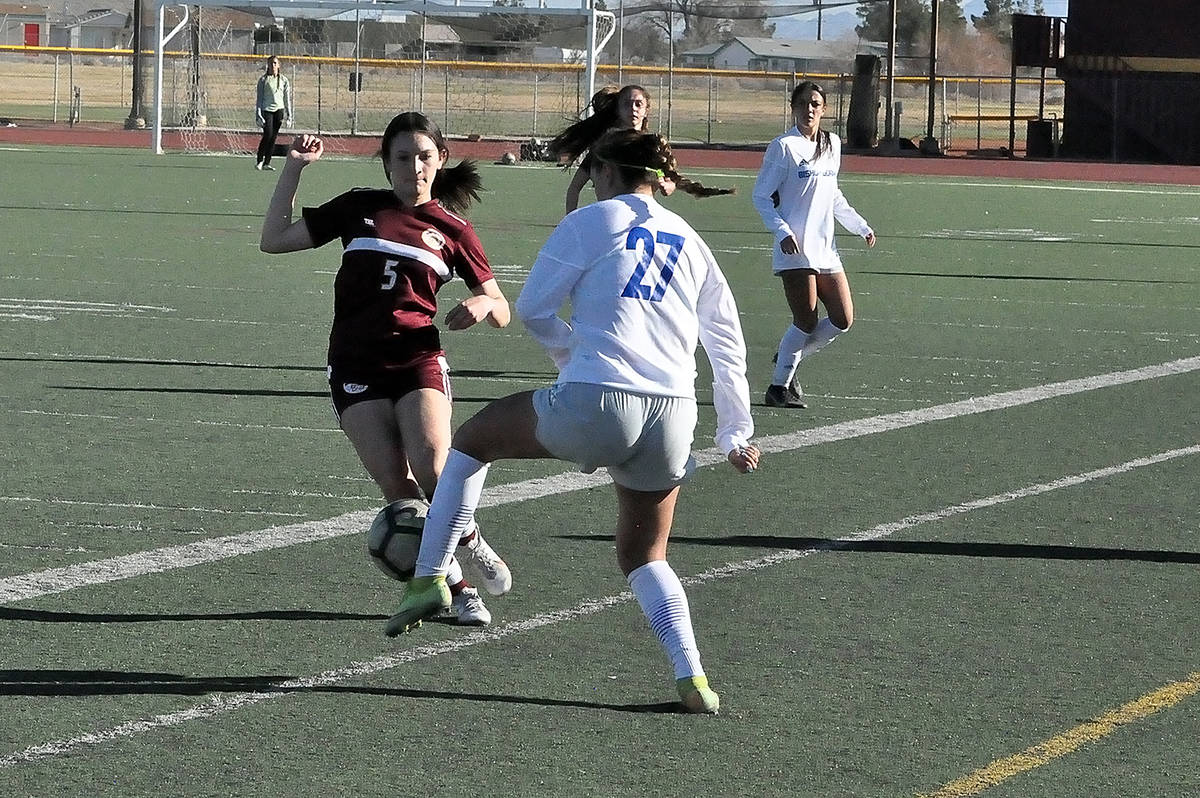 There was no surprise on the Trojan Field scoreboard, which read Bishop Gorman 4, Pahrump Valley 0 after the opening game of the Trojans’ girls soccer season.

But for Trojans coach Julie Carrington, battling a Class 5A Southern League team coming off of an 18-win season has benefits you just can’t get in practice.

“I hate to lose, but sometimes you need to lose to make yourself better,” Carrington said. “Nobody’s sad, they know they tried their best out there, so we’ll take it.”

Early on, it looked as if it was going to be a rout, as the Gaels scored in the second minute of the game. But things settled down after that, and while the Trojans had very few chances they were competitive despite missing senior Makayla Gent and starting several freshmen.

”I think it was a really good game,” Carrington said. “They dominated us, obviously, on the defensive side, but I think putting girls in a whole new lineup as quickly as possible, I’d have to say I’m pretty proud of them.”

Carrington had a hard time singling out any players for their efforts, although she praised senior Ally Rily and sophomore Sarah Christiansen for their defensive efforts, and goalkeeper Avery Moore had a strong game.

“She just sees things,” Carrington said of Moore. “She’s a talented freshman. I need her to speak out a little more, but that comes with maturity.”

Moore made several good stops during the game, sometimes diving to record a save. And she had little chance on the Gaels’ goals.

The Gaels, coming off of a 1-0 loss to 2019 Class 4A state champion Faith Lutheran — a team the Trojans play March 16 — were up 2-0 at halftime despite going into a strong, gusty wind. And switching sides for the second half meant the visitors would have the wind at their backs.

“I didn’t want to say I was nervous, but I was really nervous,” Carrington admitted, but if anything the Trojans played better with the wind in their faces. One of the two Gorman goals during the second half came on a penalty kick, when a Gaels forward was taken down in a way that had nobody complaining about the call.

The other goal after halftime for Bishop Gorman came with some help from the wind, which sent a ground ball past a couple of Pahrump Valley defenders before it was reined in by Samantha Nieves, who sent a perfect cross to Michelle Madrid, who put it in the net for her second goal of the game. It was the second assist for Nieves, who also scored once for the Gaels.

Madrid was a thorn in the Trojans’ side throughout the game, eliciting shouts of, “Watch out for number 11” from the home sideline. But all of the Gaels showed a high level of skill.

“Their passing ability was a lot better, but I knew that was going to happen,” Carrington said.

But she also said the Trojans seemed to get more comfortable as the game went on, possibly as they realized the talent gap was not quite as great as they imagined.

“They played where they should have played 90% of the time,” Carrington said. “I think they listened and were starting to read it more toward the end.”

They almost broke the shutout during the final minutes, but the Trojans could not convert a scramble in front of the Gorman net. They had to settle for a quality effort against a strong opponent.

“I was really happy,” Carrington said. “I was really nervous to play them, especially our first game. I’m proud of them all.”